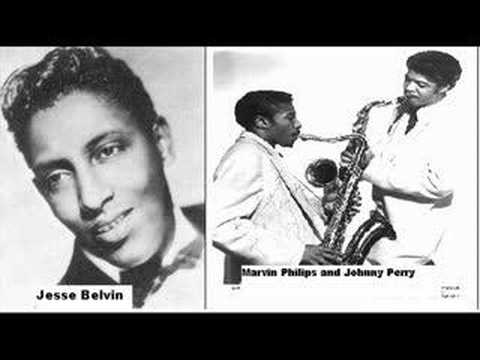 Cleveland Duncan, whose plaintive, clear tenor is one of the most distinctive in group harmony history, died on November 6 in Los Angeles at the age of 77, shortly after casting his ballot in the Presidential election. Though his group The Penguins were only one-hit wonders, that one hit, 1955’s “Earth Angel,” is one of early rock ‘n’ roll’s monuments, and Duncan’s lead vocal is one of the era’s most recognizable.

The group was formed by Duncan and Curtis Williams, who had been classmates at Fremont high school in Los Angeles. By the time they met again, at a talent show in 1953, Williams was a member of the popular Hollywood Flames, but was on the brink of being expelled from the group. When he and Duncan decided to form a new quartet—and following the day’s trend in naming themselves after a bird, in this case the Willie the Penguin advertising logo of Kool cigarettes–adding Dexter Tisby (another former pupil of Fremont High) and Bruce Tate to complete the lineup, Williams brought with him the outline of a new song.

The song Williams offered, “Earth Angel,” was a mutt born of many fathers. The lyric “Will you be mine?,” originally the song’s subtitle, echoes the Swallows’ 1951 #9 R&B hit, “Will You Be Mine,” one of the seminal hits of the group harmony/doo-wop era. Duncan’s phrasing was heavily influenced by, yes, Jesse Belvin’s performance on his #2 R&B hit of 1953, “Dream Girl,” with his partner Marvin Phillips (billed as Jesse and Marvin). More tellingly, in 1953 the Hollywood Flames, recording for Swing Time, cut a single called “I Know” that bears uncanny resemblance to “Earth Angel” in almost all particulars, including the piano intro Curtis Williams, who along with Gaynel Hodge was a member of the Flames at the time, plays on both recordings. Also in 1953, Billy Ward and His Dominoes released a cover of “These Foolish Things Remind Me of You” featuring lead vocalist Jackie Wilson crying out the word “You” in the same “you-oo…you-oo…you-oo” manner as Duncan does on “Earth Angel.”

Jesse and Marvin, ‘Dream Girl,’ the Jesse Belvin song that provided the template for ‘Earth Angel’ (1953)

Another ‘Earth Angel’ template: the Hollywood Flames’ ‘I Know’ (1953) features Curtis Williams playing the same piano intro he would play on ‘Earth Angel’

“Earth Angel” really was recorded in a garage, one owned by a relative of Duncan who had created his own studio. A successful audition for Dootsie Williams, the proprietor of a local record store and the owner of the Dootone label, had won them a contract early in 1954. After an initial release in May had failed to make an impact, a second disc, coupling “Earth Angel” with “Hey Senorita,” another of Curtis Williams’s songs, appeared in September.

“Earth Angel” was enough to make the Penguins a popular live attraction in nightclubs and on national package tours. In 1955 they performed at the Moulin Rouge in Las Vegas, a black-run casino-hotel that would soon be closed down by the authorities when it appeared to be attracting too many customers away from the mob-run hotels on the Strip. The following year they starred at the gala reopening of Small’s Paradise nightclub, in Harlem, in front of New York’s music business royalty, and at Alan Freed’s Labor Day show at the Brooklyn Paramount, on a bill that included Fats Domino, the Teenagers, the Cleftones, the Harptones and the Moonglows.

The incorporation of a snatch of “Earth Angel” in “Flying Saucer,” a 1956 novelty hit by Buchanan and Goodman, gave the song fresh impetus, as did its inclusion in the first volume of what became a long-lived series of Oldies But Goodies LPs released on the DJ Art Laboe’s Original Sound label, but its copyright became the subject of legal dispute. The singer and songwriter Jesse Belvin, whose 1953 hit “Dream Girl” had provided Curtis Williams with his template, claimed authorship and won a court action, but then mysteriously signed over the rights to Dootsie Williams. The credits are now shared by Curtis Williams, Belvin (who died in a car crash in 1960) and Gaynel Hodge, a former Hollywood Flame and later a co-founder of the Platters, but a definitive account of the song’s origins will remain a rock ‘n’ roll mystery.

What is beyond dispute is that the Penguins were signed to Dootone records and cut an exotic R&B swinger called “Hey Senorita” as a first single, with “Earth Angel” relegated to the B side. In a not-uncommon scenario in the pop business, a radio DJ flipped the single and “Earth Angel” took off, and didn’t stop climbing the R&B charts until it hit #1, where it stayed for three weeks in early 1955. Sanitizing it for a white audience, the Crew Cuts beat the Penguins up the pop charts, taking their version to # 3, while the original Penguins single peaked at #8.

The Penguins, ‘Hey Senorita.’ This Curtis Williams song was issued as the A side of the single backed by ‘Earth Angel.’

The Penguins had no more hits, and eventually wound up involved involved in more lawsuits than they had Dootone releases. Manager Buck Ram took them on and landed the group a deal with Mercury Records that was contingent upon the label also taking the other group Ram was hoping to break, virtual unknowns called The Platters. Beset by personnel changes, the Penguins left Mercury for Atlantic, where they managed only a #15 R&B single with “Pledge of Love” in 1957. Over at Mercury, The Platters were becoming the best selling vocal group of the ‘50s.

In 1961 Duncan was approached by a young musician named Frank Zappa to record a tribute song that Zappa had written called “Memories of El Monte,” a pastiche of many of the classic Los Angeles doo-wop songs like “Nite Owl,” “In the Still of the Nite” and “Earth Angel” that had been a staple at Art Laboe’s rock ‘n’ roll shows at the El Monte Legion Stadium. Laboe himself released the record on his Original Sound label, and “Memories of El Monte” turned out to be a local hit–and a perennial favorite. (The vocalists backing Cleve are reputed to be The Viceroys.)

After the Penguins broke up in 1962, Duncan continued recording and touring with new iterations of the group, sometimes billing itself as “The Fabulous Penguins.” Ace Records in England has released a Penguins CD that contains all the group’s Dootone material, and two of Ace’s Dootone Doo-wop compilation CDs include Duncan’s sides with The Radiants (in stereo). Bear Family in Germany has issued all of The Penguins’ Mercury cuts, and Original Sound has released various sides the group recorded during the “Memories of El Monte” period. 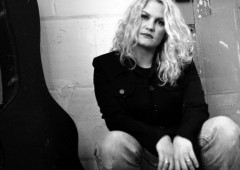 ‘I Miss My Baby’ – Christine Santelli