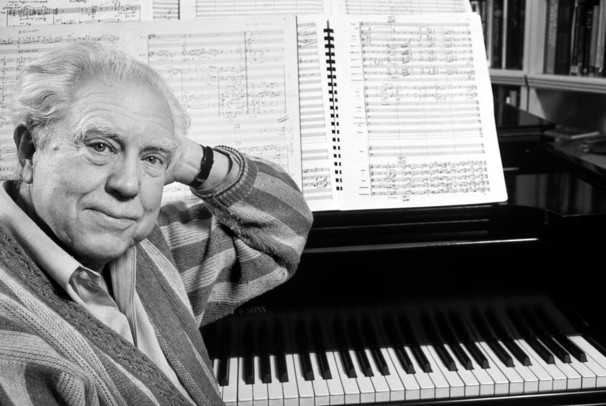 Charles Ives wrote him a letter of recommendation to Harvard. He attended the New York premiere of The Rite of Spring. Decades later, Stravinsky himself would proclaim that the once-young man in question had written the first American masterpiece in his Double Concerto. (Though this opinion rather overlooked Ives and others, Carter’s work was and is worthy of grand praise.)

And so one thing is beyond dispute: Elliott Carter will be with us a good while longer, still. Even though the composer who came to define the immediate postwar era of American classical music died on November 5 in New York, at the age of 103, his twinned, remarkable attributes of inexhaustible creativity and sheer physical longevity will long supply fans of contemporary music with yet new works to consider.

‘When Alisa Met Elliott’: In what may have been his last interview, in July 2012, Elliott Carter discusses his Cello Concertos with Alisa Weilerstein, who recorded the works (originally composed for Daniel Barenboim and Yo-Yo Ma) for Decca.

Gustavo Dudamel recently conducted the orchestra of La Scala and pianist Daniel Barenboim in the new work Dialogues II. The Seattle Symphony will premiere Instances, a work for chamber orchestra, early in 2013. In June, under conductor David Robertson, the New York Philharmonic gave the first U.S. performance of Carter’s Two Controversies and a Conversation–in which the piano and percussion soloists bat around a few of the lithe, slashing figures for which the composer was perhaps best known, before settling into a final, restive movement that had been typical of Carter’s late-period approach to calm.

Still, even as his final works find their way to performances and recordings, his already-known catalog remains an imposing edifice to consider, with new interpretations of older works steady in coming. (In October, the Decca label elected to celebrate an important new signing, the cellist Alisa Weilerstein, with a lushly recorded version of Carter’s Cello Concerto.) The composer wrote short and also swung for the fences, and did so for a dazzling variety of forces. Solo works for piano abound (surveyed most persuasively by Ursula Oppens). His late settings of modernist poets, the first of which prepared Carter to write his sole opera, contain both absurdist wit and grander feeling. The complete cycle of string quartets–recorded in recent years by the Pacifica Quartet with an ease that eluded initial interpreters–make Carter’s Double-Pulitzer seem justified.

And then there are Carter’s many orchestral essays–like the Concerto and the Variations–as well as miniatures like the Three Occasions, all of which are best heard on a recording conducted by Oliver Knussen for EMI. In the 1990’s, Carter also produced his Symphonia, a three-movement, nearly hour-long orchestral statement built up from his surprisingly productive period that began when he was an octogenarian. While it is popular to describe these later works as unusually “accessible,” Carter himself rejected this interpretation, saying that it was his first unequivocally dissonant and metrically complex works that had prepared modern ears for his later pieces.

Both positions have elements of truth to them. Even if his scores did become less aggressively complex in later years–after the Third String Quartet, one might have reasonably asked what was left to conquer, in terms of sheer density–a look at the seductive Impressionist flourish that greets listeners to Carter’s totemic Symphony of Three Orchestras, as recorded by Pierre Boulez in 1977, proves Carter correct about his own career: despite all the compositional jargon–the antiphonal-gambit this and divided-modules-of-orchestral activity that–Carter was never as full-throatedly in opposition to lyricism as his most impassioned detractors claimed. He knew from beauty.

If someone asserts, in your presence, that Carter couldn’t construct an indelible phrase to save his life, show them to the Piano Sonata. It’s a work that shows how, even after Carter renounced the idea of Copland-style populist appeal, he conducted his experiments in the light of his predecessors, and instructors such as Nadia Boulanger. The Sonata’s organizing tension between the pitches of B and B-flat (and the major triads built around them) shows off a Milhaud-ish, quasi-jazz two-step that uses arpeggios to dance between its various diatonic and chromatic poses.

The complex work typifies Carter’s sophisticated manner of coordinating instrumental groups. Each orchestra plays four ‘movements’ of differing characters, as in a traditional symphony. Each movement, however, is sounded while another orchestra is finishing its movement, creating one twelve-movement structure of continuously overlapping sound. In his preface to the score, Carter wrote:

Carter: ‘The listener, of course, is not meant, on first hearing, to identify the details of this continually shifting web of sound any more than he is to identify the modulations in Tristan und Isolde, but rather to hear and grasp the character of this kaleidoscope of musical themes as they are presented in varying contexts.’

For a late-career dose of Carter the expectations-upsetter, try his 2007 piece for string orchestra, Sound Fields (available on the eighth volume of the Bridge label’s essential “Music of Elliott Carter” series). Even if you wouldn’t catch the title’s reference to the “Color Field” paintings that inspired Carter here, a contemporary-minded ear would catch a bit of Helen Frankenthater’s New York School-associate Morton Feldman up in the mix.

Around the time of the composer’s centennial, Pierre Boulez observed that, after rediscovering his compositional voice as a 50-year-old, Carter went on to become “quite adventurous,” adding, “He is more flexible, inventive, less complicated and easier to perform as a consequence. I am amazed… everybody is amazed that he still composes and creates so many new works.”

Elliott Carter’s 1960 Pulitzer Prize winning String Quartet no. 2, as performed by the Composers Quartet. His third quartet won the Pulitzer in 1973.

That bit of praise was perhaps a touch over-the-top, since observers (including Boulez) had been marveling at Carter’s late period excellence for two decades already. And yet, as the book now closes on what Carter accomplished during his very full lifetime, what we can’t predict about Carter’s lasting influence is also the most tantalizing thing: namely, what will happen to classical music next, when a young person sits down in a concert hall, and hears some magnificent work by the composer–as the young Carter once heard Stravinsky–before setting off on her own course to change modern music.

Given the legions of Carter’s champions, past and present–names like Bernstein, Levine, Barenboim and Boulez just scratch the surface–that moment is all but guaranteed to transpire, somewhere. Here’s hoping the consequences that flow from that moment will be as rewarding and unpredictable as the Carter oeuvre itself.

By Seth Colter Walls for WQXR.org, posted on November 6, 2012. Mr. Walls is a freelance writer whose arts reporting and criticism have appeared in Newsweek, the Village Voice, the Washington Post, and The Awl. Previously, he worked as a writer and editor at The Daily Star in Beirut, Lebanon, and as a reporter in The Huffington Post’s DC bureau. He is a graduate of NYU and Columbia University. Follow Seth on Twitter at @sethcolterwalls.

A Personal Recollection by Chip Stern

America’s preeminent composer, Elliott Carter, turns 102 on December 11, 2010. He is not merely alive, but very much ticking and kicking, expanding every morning upon a post-modernist language of his own making. To get lost in his uncompromising music is a transformational experience, which at once is expressive of the American century, intricate psycho-dramas that place enormous demands on performers and listeners alike.

So wrote contributing editor Chip Stern on the occasion of Elliott Carter’s 102nd birthday in the December 2010 issue of our first incarnation, TheBluegrassSpecial.com. Stern’s in-depth reflections and appraisal ranks with the most insightful pieces ever written about the great composer. It is always worth revisiting, never more so than now.

“In the end,” Mister Carter concludes, speaking from the perspective of a man whose life straddles the dizzying transformations which mark the transition from the old world of the 19th to the brave new worlds of the 20th and 21st centuries, “what we’re living through at the present time is kind of strange. A mixture in confusion will wear itself out and that people will become much more sensitive and aware than they are now. They will have to be because as society becomes more complicated; more full of people and more different kinds of things happening, people will have to become much cleverer and much sharper—then they will like my music.” 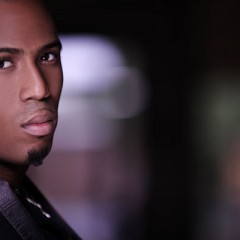