WHEN MY MAMA WAS LIVING

When blues songwriter Kent Cooper came across Iverson Minter, aka bluesman Louisiana Red, in the early ‘70s, Red was working at the Bayonne Barrel Company. He was keeping body and soul together in a way he couldn’t as a professional musician, even though in the ‘60s he had gained traction on the blues circuits and had even had what amounted to hits in that world. But a blues hit is not like a pop hit—not then, not now—and Red had retreated from full-time musicianship in favor of a more steady income.

Accepting an invitation to visit Cooper at his at his apartment on the then-treacherous lower east side of Manhattan, Red got the fever again after trying out some of Cooper’s songs, some of which had already been recorded by Sonny Terry. Cooper took Red into the studio and they cut an album titled Sweet Blood Call that was met with breathless enthusiasm by critics, and the title song became a blues classic, with Red’s version always being definitive. In 1975 Cooper got Red booked at the Montreux Jazz Festival in Switzerland, and thereafter, until his death on February 25 (see a tribute to Louisiana Red in the March 2012 issue of TheBluegrassSpecial.com), Europe was the man’s main stomping grounds. In the early ‘80s he worked for a spell in Chicago (at the Delta Fish Market), and in ’81 relocated to Phoenix, where he lived and played music with a fellow blues man, Bob Corritore. In late ’82, while playing a show in Germany, he fell in love with a local woman named Dora, married and made Hanover, Germany, his home for the rest of his days.

Louisiana Red live at B.B. King’s in New York City, ‘Let Me Be Your Electrician’

Red would likely have been on a completely different arc had Cooper not discovered him at the barrel company and escorted him back into the studio. Recording steadily over the ensuing decades, Red left a remarkable, and durable, musical legacy comprising not only raw, acoustic blues of the sort he absorbed while hanging out with John Lee Hooker and Eddie Burns in Detroit in the late ‘40s but a more expansive vision of the blues after he relocated to Germany and began socializing with musicians from other disciplines. But he started right here in the U.S.A. with the basics, the fundamentals. Much as Ernest Tubb had to shake off his Jimmie Rodgers affectations before finding his own voice and becoming a western swing pioneer, Red came to his own sound after starting out in flagrant imitation of Lightnin’ Hopkins and Muddy Waters. His muscular tenor voice with the slight vibrato could belt over a full band or create thick, venomous ambiance in his solo acoustic recordings. In the Chicago Blues Guide, Bob Corritore summed up Red’s gift better than anyone, observing: “He was a fine singer with a distinctive voice, and an amazing guitarist who could play all of the traditional blues styles and excelled as one of the world’s greatest slide guitarists. He could create moods and textures, both musically and spiritually, and had the ability of falling so deep into his own songs that he would go to tears, making his audience cry with him. That was the gift of this great artist.”

Louisiana Red at Jorma Kaukonen’s Fur Peace Ranch, performing ‘Down By the Riverside’

As it turns out, there was a missing link in Red’s recording odyssey, and it has been revealed on a new release from Labor Records titled after another outstanding Kent Cooper song, When My Mama Was Living. Co-produced by Cooper and Heiner Stadler, this 16-track gem can be heard as Red summing up his musical journey to that point and getting ready to move forward—indeed, over the ensuing decades he would record blues with bands of various configurations but he also collaborated with European musicians blending ethnic folk music with blues on the recordings Last Mohican of the Blues in Poland (1992) and Blues Meets Rembetika, recorded with Greek musicians in 1994.

So these masters and previously unreleased tracks, recorded at Minot Sound Studios in the mid-‘70s—save for the last track, “Joanna,” a harrowing near-nine-minute pre-execution missive from a man about to go to his hanging and reaching out one last time to his woman, which was recorded by Tom Pomposello at radio station WKCR in New York City—comprise Red’s deep blues, and deep may be an understatement. He’s joined on a few tracks by the enigmatic Peg Leg Sam, whom Red had backed on occasion, and on a couple of tunes by Lefty Dizz on guitar and, on one track, Kyril Bromley on piano. But mostly it’s Red on guitar, vocals and harmonica, wailing and moaning and spitting fire (the ferocity of his accusations against an unfaithful wife in “Caught Your Man and Gone” is as startling as his propulsive guitar and harmonica accompaniment is heated).

Reflecting on the events of 9/11 in ‘September 11th Blues’

This being the blues, you can expect certain females of the species to come in for a scolding or other editorial commentary about their behavior. Tied in with this, though, is a theme of escape running through many of the songs. So it is, sometimes humorously, as in “Got a Girl With a Dog Won’t Bark,” a rockin’ double-entendre workout sparked by Red’s lively holler and his spirited guitar dialogue with Lefty Dizz. But more often than not, dark doings are foot: in the stark, portentous “Cold White Sheet,” the city life and city women both are driving “a poor country boy” back to his small home town, but not before Red takes his shot at the latter, noting: “They hate me for my country looks/they hate me for everything I try to wear.” In “Going Home,” he wastes no time telling us “Lord, the women here don’t even want to hear my name/if I ask the question, they act like I’m insane,” right at the start, and goes on to recount how he was made to feel unwelcome at every turn by the ladies, to wit: “Every direction they give me/leads straight outta town,” before we find out he’s referencing events 30 years in the past, during which time he may have been imprisoned. Amazingly, this straight-ahead guitar-and-vocal performance, so rife with bitterness and frustration, ends on a happy note when Red sings, “but my baby finally called/wanted me to come back on home,” an eventuality nothing preceding this revelation had prepared us for. With Kyril Bromley on piano and Lefty Dizz sitting in on electric guitar, Red saunters into juke joint territory on “Stole From Me,” which begins with him announcing that a gal stole his wallet while he was in “a drunken sleep,” after which he asks only that she return the photo she’ll find inside, because “the gal I love is in the picture, always smilin’ back at me,” as Bromley rolls the 88s and Red comments further via astringent wails on the harp. You can indeed make this stuff up, but in Red’s case you get the sense this is really what happened.

Red’s perspective on the Civil Rights Movement’s Freedom Riders in ‘Ride On, Ride On’

Peg Leg has a couple of star turns as a featured artist: he evokes the spirit of Sonny Boy Williamson with his thick vocal and raucous harmonica on “I’ll Be Glad When You Are Dead You Rascal You” (actually breaking out in laughter at some of what he’s singing—“I can tell by your hair/your daddy must have been a bear” and “I’ll be standing on the corner high, you rascal you, when they roll your body by/I’ll be glad when you’re dead, you rascal you…”); and he and Red, on guitar, get a good strut going on “John Henry,” with Peg Leg shouting and declaiming the steel man’s tale with the depth of conviction and a feel for the story’s telling details—as well as a sense of humor–that informed Lead Belly’s version but was absent from Springsteen’s spirited but one-dimensional take on The Seeger Sessions, as Red bolsters his reading with arguably his most electrifying guitar work on the album, all stinging, driving, serpentine discourses weaving around Peg Leg’s harp and gregarious reading.

Louisiana Red’s rumbling discourse on Rev. Gary Davis/Fred McDowell’s ‘You Got to Move’

Blues fans know you can never have too much Louisiana Red, so these recordings are a find indeed. Red had come a long way by the time he and Cooper cut these tracks, and he had a long way to go and some bracing new challenges ahead that he would turn into new triumphs. As a snapshot of an artist at a pivotal moment, after which he would begin to redefine himself, When My Mama Was Living is an invaluable document. Red was a man through whom the history of his time flowed, both its music (a point he makes with profound impact on this disc with a powerhouse treatment of Muddy’s “I’m a King Bee” and a rumbling discourse on Gary Davis/Fred McDowell’s “You Got to Move”) and its life altering milestones (he addressed the dangers facing the Civil Rights Freedom Riders in “Ride On, Ride On” and reflected on the horrific events of 9/11 in “September 11th Blues.”) He took some of that history with him when he left us, as have all the greats, but he left those who follow him a wondrous legacy now made richer with this new, heretofore unknown installment. Witness a master class by an authentic master. 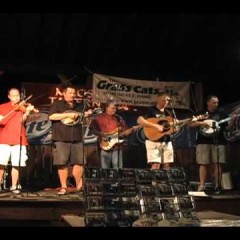