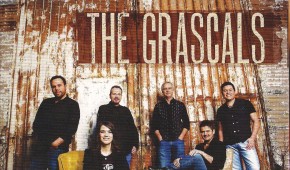 The last time we heard from the Grascals, in the summer of 2011, they were doing God’s work in crafting a tribute to the music of The Andy Griffith Show on an EP titled Dance Til Your Stockings Are Hot and Ravelin’, when the good Sheriff of Mayberry was still with us to enjoy the music. Since that time the group has signed with the Mountain Home label, ending a career-long association with Rounder, enlisted a new booking agent, and returned to the studio to cut a batch of new original songs along with the usual surprising covers they put a new twist on. The result is Life Finds a Way, its philosophical title reflective of the upbeat attitude the band has advanced from the start, its energy and polish reflective perhaps of renewed purpose coincident with its new business arrangement.

Or maybe Tom T. and Dixie Hall summarized it best in their wise and witty liner notes: “Doesn’t warrant dissecting. Songs are all great, nothing to criticize. Mere words can’t do this first project for Mountain Home Records justice. You have to play it and FEEL!”

With all due respect, let us dissect.

Life Finds a Way may strike long-time Grascals fans as being a bit quieter than the band’s previous efforts, in that the ballads and midtempo numbers are the most affecting on the disc. A few of these are top-drawer country tunes: “Bartender,” by Billy Smith and Bryan Kennedy, is a classic drinking song about a man drowning his heartbreak in doubles, with Terry Eldridge bringing the tale to life with a nasally, pinched, tear-stained vocal, as Jeremy Abshire’s plaintive fiddling enhances the dissolute atmosphere (with an assist from Kristin Scott Benson’s laconic banjo and, way down in the mix, an uncredited Hargus “Pig” Robbins on piano contributing, yes, boozy noodling; the salutary effects a honky tonk weeper can have on a troubled soul are effectively described in another fine, emotional Eldridge vocal on “Honky Tonk Lullaby” (again from the pen of Billy Smith, with Lisa Shaffer), with the atmospheric support of his own crying, chiming pedal steel, Robbins’s piano and Abshire’s sensitive fiddling lending the track the proper pensive feel–and let us not downplay the effectiveness of the smooth, longing harmonizing by Eldredge, Jamie Johnson and Terry Smith in the choruses; the late, great Harley Allen, writing with John Wiggins, crafted the provocative ballad “Still They Call Me Love,” previously recorded by Gene Watson and here thoughtfully assayed by Eldredge in his most impressive vocal on the album. In contrast to all the songs extolling the life affirming qualities of true love, this one takes a dyspeptic view (“I make ‘em all unhappy/Still they can’t get enough/You’d think that they would hate me/But still they call me love,” and so forth), couching its contrarian sentiments in lush harmonies and a rustic setting centered on acoustic guitar and softly weeping fiddling.

The Grascals introduce their new CD, Life Finds a Way, with a live performance of ‘Mystery Train’

Given that this band’s big breakthrough came with its vibrant cover of “Viva Las Vegas” in 2005, so does this fresh start on Mountain Heart find the sextet returning to the King’s catalogue, this time for a high flying treatment of his first Sun single, the Junior Parker-penned “Mystery Train” (interesting choice, given that the other side of the single was Bill Monroe’s “Blue Moon of Kentucky”), with Benson, Abshire, and mandolinist Danny Roberts adding the instrumental fire to drive the song on down the track; listen close and you’ll hear Terry Smith’s acoustic bass adding a taste of Bill Black rockabilly slapback. “Viva Las Vegas” remains the Grascals’ most popular cover song–it’s practically the group’s signature song, in fact–but as time goes on, and assuming they play it on stage, their heady, southwestern-flavored take on James Taylor’s “Sweet Baby James” might well take its place atop the most-requested list. Eldredge again delivers an exemplary vocal–well, maybe this is his finest on the album–firm, measured, nuanced, deeply felt–over an expansive backdrop evocative of wide-open spaces, thanks to his own keening pedal steel embellishments, the loping rhythm and western-tinged harmonies. All in all, a beautiful performance at every turn.

From Life Has a Way, The Grascals perform the album closing spiritual tune, ‘Road To Surrender’at the Darin & Brooke Aldridge Music Festival in Cherryville, NC, on March 13, 2012.

These highlights are rounded out solidly by Jamie Johnson’s powerful lead vocal on the salvation plea “Road to Surrender” that closes the album on a stirring note; another memorable Johnson lead on the midtempo bluegrass love song “Pretty Melody” (a group co-write), an appreciation of a husband’s enduring love for his childhood sweetheart-turned-wife, featuring graceful, modest soloing by Benson, Abshire and Roberts, all tastefully observant of the romantic mood the tight, harmonizing voices enhance by edging into high lonesome territory; and not least of all by “Eleven Eleven,” a fire breathing instrumental marked by the daunting virtuosity on display by Benson, Abshire and Roberts, who in challenging each other in speed and fluency will leave many a jaw dropping in awe.

From their tribute to The Andy Griffith Show, Dance Til Your Stockings Are Hot and Ravelin’, The Grascals perform ‘Leaning On the Everlasting Arms,’ lead vocal by Terry Eldredge.

Back in May, Terry Eldredge, speaking to Billboard’s Chuck Dauphin about this album, said the Grascals were “getting back to us.” Indeed, Life Has a Way is the most unadulterated Grascals on disc since 2010’s classic The Famous Lefty Flynn’s. Unadulterated Grascals, it should be noted, are hard to beat. Doubters need only play this music, and FEEL! Tom T. and Dixie nailed it. 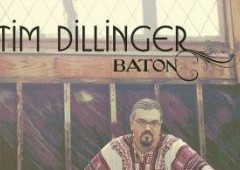