Playing J. S. Bach’s keyboard music on the modern piano, pianists are confronted with various fundamental questions. The answers to these are never simple.

For example: what is the “correct” instrument for the Well-Tempered Clavier? The clavichord, the harpsichord, the organ, the pedal-harpsichord?

Is it permitted to play Bach on an instrument that he couldn’t have known? If it isn’t, whose permission do we need to ask?

What is the right tempo and character for a particular prelude or fugue and how do we find it? How wide is the dynamic range in this music and does this vary from instrument to instrument or from venue to venue?

How do we phrase or articulate a certain passage or a fugal subject? Is there need for more ornamentation? For less? For none?

Which edition is the best one?

Each of these questions–and many more–needs to be asked and thought about. Answering them convincingly requires experience, intelligence and–to quote C.P.E.Bach–“buon gusto,” good taste. Decisions need to be made and it takes courage to say: this is the way I want to play this piece, knowing that it will not be to everyone’s liking.

One of the biggest problems is the sustaining pedal, and not just in Bach. This ingenious device enables the player to raise the dampers from the strings, allowing them to vibrate freely with any notes being played. Beethoven was the first great composer who specifically asked for its application. In his c-sharp minor sonata Op.27 Nr.2 the entire first movement is to be played “senza sordini,” with raised dampers (with pedal).

The effect is magical, the harmonies are washed together, creating sonorities that are truly revolutionary.

It would be reasonable to assume that pianists would follow what the composer had asked for; after all Beethoven was quite a decent musician and he certainly knew what he wanted. Wishful thinking, since in fact ninety-nine per cent of them fully ignore the creator’s instructions and diligently change the pedal at every change of harmony. WHY? Because, they argue, this effect would have sounded different on Beethoven’s fortepiano than it does on its modern successor. Have these people played on Beethoven’s Broadwood? No, they certainly haven’t but they pretend to know. Well, I beg to differ because I’ve played and recorded on it. The sound, the volume and the mechanics may be different but the actual musical idea is exactly the same. A dissonance remains a dissonance, regardless of the instrument.

What does all this have to do with Bach? Quite a lot. The sustaining pedal was not at his disposal on any of the keyboard instruments of his time. That means that the pieces that he wrote could be played without the use of the pedal, which didn’t exist. Consequently, the very same works can also be played on the modern piano, with eight fingers, two thumbs and no feet. (The one exception is the a-minor fugue in Book 1 of the WTC; its final bars can’t be played with two hands alone, this being a composition for the organ. Here the use of the sostenuto pedal–the middle one of the three–is advisable.)

Does this mean that we have to disregard this “crown jewel” of the instrument when playing Bach? Not necessarily.

It can be used intelligently and discreetly to assist the lack of sonority, especially in venues with dry acoustics. However, let’s not underestimate the danger of damage that can be caused by indiscriminate use of the pedal. The piano is not an automobile, where the right foot is permanently on the accelerator pedal. When string players (and singers) use vibrato all the time, on every note, it’s unbearable to listen to. The pedal is to the piano as the vibrato is to string players. Both must be applied with care, control and in moderation.

Clarity is essential with Bach, the purity of counterpoint and voice-leading must be self-evident, never muffled or confused. Thus a discreet use of the pedal is not forbidden as long as these rules are observed. The question remains whether it is beneficial to the music to look for easier solutions. A perfect legato on the piano is an impossibility and one can only create an illusion of achieving it.

András Schiff performs Bach’s Italian Concerto, BWV 971: ‘To me, Bach’s music is not black and white; it’s full of colours. In my imagination each tonality corresponds to a colour.’

To attempt this with the hands alone is much more difficult but it’s well worth trying. Bach certainly didn’t want his music to sound easy, it’s demanding for players and listeners alike.

An eminent pianist colleague of mine recently reprimanded me for my “abstinence.” His argument was that all the great pianists of the past have played Bach with lots of pedal and we must follow their example. To me this reasoning is not very convincing. The late George Malcolm, a great musician, best known as a harpsichordist, taught me to play Bach without pedal and to enjoy the delights of purity.

Once a successful young virtuoso pianist came to him asking if he could play for him Bach’s D-major toccata. Malcolm agreed, the young man took his place at the keyboard, put his right foot on the pedal, raised his arms, and here Malcolm suddenly exclaimed ”Stop!” “But I haven’t played a note yet!” said the victim. “No, but you were just about going to.”

To me, Bach’s music is not black and white; it’s full of colours. In my imagination each tonality corresponds to a colour. The WTC with its 24 preludes and fugues in all the major and minor keys provides an ideal opportunity for this fanciful fantasy. Let’s imagine that in the beginning there was innocence and therefore C-major (all white keys) is snow-white. The last piece of both books is in b-minor, which is the key to death. Compare the fugue of Book 1 to the Kyrie of the b-minor mass. This has to be pitch-black. Between these two poles we have all the other colours, first the yellows, oranges and ochre (between c-minor and d-minor), all the shades of blue (E-flat major to e-minor), the greens (F-major to g-minor), pinks and reds (A-flat major to a-minor), browns (B-flat), grey (B-major) and finally black.

Of course this is a very personal interpretation and each of you may have a different opinion. Nevertheless if some of us happen to believe that music is more than just a series of notes and sounds, then a little bit of fantasy is welcome. 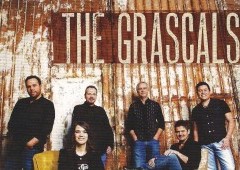 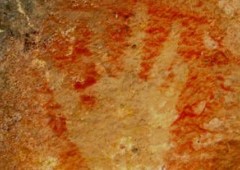