WRITER: Carl Mayer, from a theme by Hermann Sudermann

Margaret Livingston (The Woman from the City) 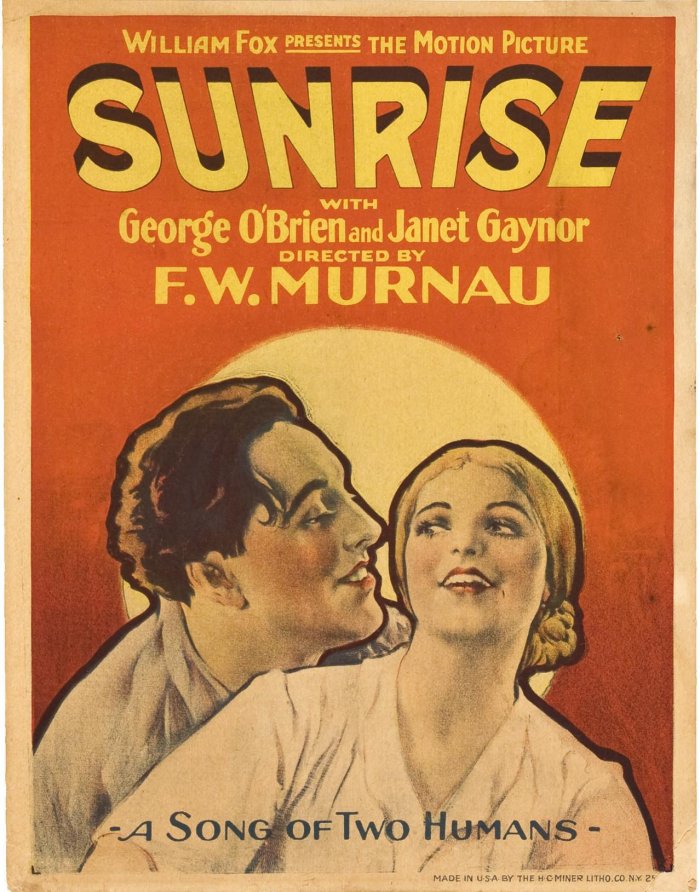 ‘Sinkin’ in the Bathtub,’ the first Looney Tunes cartoon, released in May 1930, with the voices of Carmen Maxwell as Bosko and Rochelle Hudson as Honey. Directed by Hugh Harman and Rudolf Ising. The recurring musical motif is ‘Tiptoe Through the Tulips,’ by Al Dubin and Joe Burke, which had been introduced on record a year earlier (in the film Gold Diggers of Broadway) by Nick ‘The Crooning Troubadour’ Lucas, whose single topped the chart for 10 weeks.

SUNRISE: A Song Of Two Humans 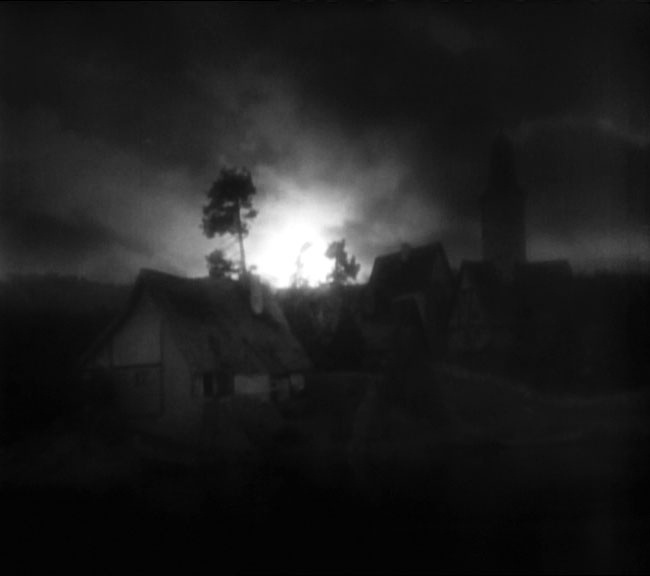 Murder. The Man (George O’Brien) is so taken by The Woman From the City (Margaret Livingston) that he wants to be off with her, but must first kill his wife (Janet Gaynor). Yet he has no passion or malice toward this woman and even the thought of it sends him into a deep depression. The image of it is etched in his mind, a simple push, a single shove and he will cast his wife into the depths of the lake, drowning her and staging it as a boating accident.

But life has its own plan. For Sunrise: A Song of Two Humans is not simply about the depravity of life but the joys of life. While the opening act descends into a dark, depressing place where two souls are tormented, the man by his own thoughts and the woman buy her unfaithful husband, there’s also beauty to be found there. As the film unfolds the weary couple reunites, slowly falling back into each other’s arms.

It’s an emotional transition. Tears will be shed, eyes will not be met and a single touch might bring the two apart. The tale can be just as emotionally devastating to the audience as it is to the couple. Their story is a simple one, told with little frills or trappings. Little dialogue and simple scenes push forward the plot at a gradual pace. Yet somehow in that simplicity the film crafts a tale so complex and true to life that it’s hard not to be taken in by every moment.

Director F. W. Murnau has a knack for such immersion, and an ability to sleekly shift tones. Take for instance Nosferatu, his vampire classic that dealt in playful and carefree romance in the opening moments and then delved into gothic horror for the rest of the film. Sunrise is the inverse of that and with great skill he takes us the depths of despair to the height of romance.

But a lot of the transition is in the intricate performances by George O’Brien and Janet Gaynor. The silent era is plagued with a lot of overacting, especially in the early years. It has a charm with its exaggerating emotion and flamboyantly theatrical airs but Sunrise needs not to be so bombastic and is a much quieter tale than the usual melodrama.

Therefore, a lot of O’Brien and Gaynor’s performances are nuanced in their physical body language. Acting can sometime be restrained just to facial expressions but here both actors use their entire being to convey thoughts, feelings and emotions. When O’Brien must act out a man in the clutches of despair he does not simply look downward and dejected but uses ever movement of his body to convey the emotion. His walk is a lumbering shuffle, he’s hunched over and at times he looks more like a precursor to Boris Karloff’s iconic Frankenstein’s Monster.

Likewise, when Gaynor exudes the joy and promise of a boating expedition she leaps about, practically dancing on air only to slowly realize something is up. Another movie would have her ask if anything was wrong, but instead she tenses for a moment, moves as if to leave the boat as she sees her husband approach and then thinks better of it and returns to her relaxed positions. Such tiny moments as these show both a dedication to the simplicity of the narrative presentation and the complexity of the characters psychosis.

And the film does a lot with the psychological elements of the film. Murnau has fun with dissolves, overlapping images on top of each other into these surreal, dreamlike moments, one of which is the aforementioned glimpse at the almost supernatural grip the city girl has on the poor man. Where it gets even more fantastical is when Murnau dissolves the couple walking in the city streets into a lush and beautiful meadow. It’s not a perfectly seamless transition but it’s the kind of sappy magic you come to love from the movies.

And the film is magic from beginning to end. It’s near impossible not to fall to the power of the film. From the gripping images to the powerful tale to the simple romance it’s filmmaking at its highest form. It’s life on film, pure and simple. Few films are as tantalizing, involving, enchanting and engrossing as Sunrise: A Song of Two Humans.

Read more of James Blake Ewing’s informed film reviews and commentary at his blog, Cinema Sights: Through the Eyes of Film. It’s well worth a visit. 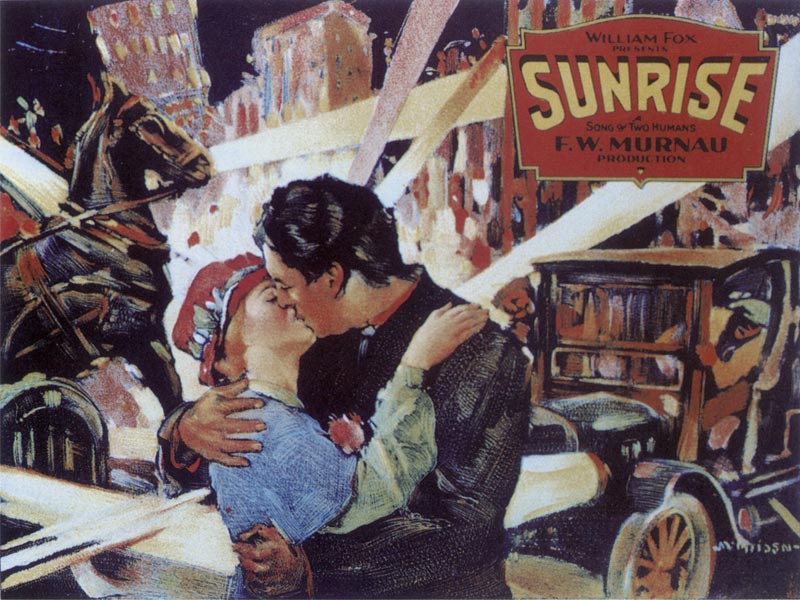 9. The Passion of Joan of Arc (Dir. Carl Theodor Dryer)