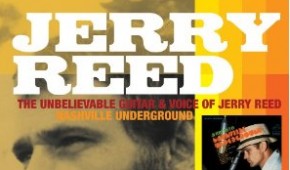 Carl Perkins recalled a show he played in Atlanta in 1958 at which he was visited backstage by a young fellow who came with guitar in hand and introduced himself as Jerry Hubbard. The two pickers engaged each other in a couple of blues tunes, a gospel number, and a current country hit or two. At the end of it all, when it was time for Carl to go on stage, the Original Cat walked away from Hubbard thinking, “That boy’s goin’ places with his guitar.”

Jerry Hubbard in fact was a recording artist in his own right, who as Jerry Reed had cut a few unsuccessful singles for Capitol in 1956 and ’57, and whose original song “Crazy Legs,” as he informed Carl, had been the A side of a Gene Vincent single in ’57. Vincent’s name resonated with Carl, less for “Be Bop a-Lula” than for Vincent, billed under his given name of Gene Craddock, having opened a show for Carl and the Perkins Brothers Band on March 21, 1956, in Norfolk, VA. Carl and his mates were en route to New York for what all thought would be their Elvis-style breakthrough on national TV, performing their mammoth hit “Blue Suede Shoes” on The Perry Como Show. Instead, in the early morning hours following the Norfolk show, on a desolate road outside Dover, Delaware, Carl’s car, driven by a friend of Sun Records founder Sam Phillips and carrying the entire band—Carl, brothers Clayton and Jay, and W.S. Holland—slammed into the back of a truck, went into a roll and plunged over a bridge, landing upright next to the shallow stream below. At the very moment “Blue Suede Shoes” had him “toe to toe with that pretty Elvis” on the national charts, Carl’s career as a first generation rock ‘n’ roll star was permanently derailed. Seriously injured in the crash, Carl sat in his hospital bed in Dover and watched as Elvis enhanced his stature as a cultural and musical phenomenon performing “Heartbreak Hotel” and “Money Honey” on The Dorsey Brothers Stage Show on March 24.

This is all pertinent background for considering Real Gone Music’s invaluable reissue of the first two albums recorded upon being signed by Chet Atkins to RCA Victor, 1967’s The Unbelievable Guitar & Voice of Jerry Reed, and 1968’s Nashville Underground. Neither of these albums, nor the singles they yielded, made Reed a star; that would happen in 1970, when his wild-eyed story-song about a one-armed Cajun alligator hunter named “Amos Moses” shot up to #8 on the country chart, followed one year later by the riotous crossover and chart topping novelty hit “When You’re Hot, You’re Hot”; later in the decade, starting in 1977, to be precise, Reed cemented his public good ol’ boy persona starring in the Smokey & The Bandit movie trilogy, the first of which produced another Reed smash, “East Bound and Down,” which had a 16-week run on the country chart (peaking at #2) and rose to #3 on Billboard’s Bubbling Under Hot 100.

It’s great when a good guy like Jerry Reed, who had worked so hard for so long, finally breaks through on the scale he did in the ‘70s. These two Real Gone Music reissues of prime early Jerry Reed underscore a fact the artist’s later popularity threatened to obscure: as a musician, he could write, sing and certainly play with the best of ‘em. Upon Reed’s death from emphysema on August 31, 2008, Brad Paisley said it all: “Because he was such a great, colorful personality with his acting and entertaining, sometimes people didn’t even notice that he was just about the best guitarist you’ll ever see.”

Carl Perkins said as much after meeting the young Hubbard backstage in Atlanta; Chet Atkins considered Reed his superior as a fingerpicker.

Atkins didn’t mess around when he got Reed into the studio. On the sessions for these two albums, he backed Reed with a stellar supporting cast: Roy Huskey Jr. and Chuck Sanders on bass; Jerry Carrigan and Willie Ackerman on drums; Wayne Moss on guitar; Jerry Smith on piano and harpsichord, with Chet himself and also Ray Stevens sitting in on harpsichord on a couple of cuts. Vocally Reed’s playing it pretty straight on both albums—none of the wild-eyed hillbilly persona he adopted on “Amos Moses” and “When You’re Hot, You’re Hot” here—but Nashville Underground finds him heading for country crooner territory (and sounding a lot like his labelmate Waylon Jennings, in fact) more than he did on his debut the year before;  Atkins obliges this approach with tasty string arrangements on some affecting love songs such as the poignant “Remembering” and the Spanish-tinged heartbreaker, “You’ve Been Crying Again,” both boasting subdued, introspective vocal performances that deepen the abiding melancholy the lyrics limn.

Those familiar with Carl Perkins’s recording history will find something interesting in the overall vibe and attitude of The Unbelievable Guitar & Voice of Jerry Reed: a lot of it sounds like what Carl was shooting for at that very moment in his career, when he was making some of his finest recordings in almost total obscurity while signed to the Nashville-based Dollie label, owned and operated by the Grand Ole Opry’s major power broker at the time, Bill Denny. (The label was named for Denny’s wife.) Now, Atkins added pop flourishes—check out the cascading harpsichord lines in the folk-flavored “It Don’t Work That Way,” Reed’s meditation on post-breakup blues—that were never part of the Perkins aesthetic, but you simply cannot hear the semi-talking blues of “Woman Shy,” “Take a Walk” and “Love Man” without hearing the Perkins style in Reed’s swaggering vocals and especially in the florid blues runs he crafts on his gut-string acoustic. It was Carl who said “That boy’s goin’ places with his guitar,” and here is where the journey really begins in earnest.

Jerry Reed, ‘It Don’t Work That Way,’ from The Unbelievable Guitar & Voice of Jerry Reed (1967)

If the spirit of Carl Perkins hovers over The Unbelievable…, so does that of Elvis Presley, the other artist who figures into Jerry Reed’s version of six degrees of separation. It was Reed’s “Guitar Man” that struck the King’s fancy when he heard the original recording; he wouldn’t settle for anyone but Reed to play the guitar on the track when he covered it. Those who haven’t heard the original will doubtless be impressed with the ferocity of Reed’s track, on which his exhortations to himself (“Show ‘em, son!”) foreshadow the later emergence of his gregarious son of the South persona. Indeed, when Felton Jarvis, Elvis’s producer, told Reed how Elvis wanted the guitar on his recording to sound like it does on Reed’s. Jarvis got an earful, as Reed recounted in a 2008 interview with yours truly: “If you want it to sound like that,” Reed told Jarvis, “you’re going have to get me in there to play guitar, because these guys (you’re using in the studio) are straight pickers. I pick with my fingers and tune that guitar up all weird kind of ways.”

Elvis not only cut “Guitar Man” in the studio with Reed, but also, in the same session, his song “U.S. Male,” and, again with Reed on guitar, Chuck Berry’s “Too Much Monkey Business.” As his thank-you to Elvis, Reed wrote and recorded “Tupelo Mississippi Flash,” and it became his first Top 20 hit when released as a single off Nashville Underground. “U.S. Male,” another song Elvis nabbed off The Unbelievable… album finds Reed employing a sassy talking blues style again, very Perkins-like, over a jittery pulse and a driving guitar you know Elvis couldn’t resist.

As a writer Reed simply had a voice: in the abovementioned talking blues numbers, he’s kinda country, very southern, supremely confident nearly to the point of cockiness, a bit self-deprecating, always engaging and friendly, a guy you could talk to. As we hear on Nashville Underground, he also was tuned into the poetry of life; saw and understood the pentimento beneath the face we show the public, and how those earliest incarnations exert a continuing influence over time. You hear this in the stern self-recrimination he engages in on “You Wouldn’t Know a Good Thing” (Nashville Underground) and especially on his greatest moment as a songwriter, on “A Thing Called Love” (also from Nashville Underground), a song memorably covered by both Elvis and Johnny Cash (the latter named an entire album after it, in fact). I don’t know if anyone has really had as sure a handle on love as Jerry Reed has in this song, in which he addresses the subject from all the angles that matter and so subtly conjures its spirituality:

You can’t see it with your eye

Hold it in your had

Strong enough to rule the heart of any man

It can lift you up

Never let you down

And turn it all around

Nothing’s ever been found

They struggle in doubt

They trouble their minds

Day in and day out

Too busy with livin’ to worry about

But when I see a mother’s tenderness

As she holds her young close to her breast

Then I thank God that the world’s been blessed

With a thing called love

After living with and loving this song for so many years, telling anyone who would listen that this is the heart of the matter; after defending Cash’s version as the finest ever recorded; after all this I’ve decided no one’s beats Jerry Reed’s original, because no one else but the man who wrote it ever plumbed its depths with such sensitivity, sang it with more authority born of experience, and expressed its profound truth so effectively.

Be sure to check out the liner booklet accompanying this reissue. Chris Morris does a fine job appraising Reed as an artist and putting these albums in the larger context of his career achievements. And get out your magnifying glass so you can read the liner notes on the back cover of each album, as reproduced at the end of the booklet. Interesting isn’t it, how Chet Atkins’s daughter, Merle, and the late, great John Hartford, writing a year apart, came to similar conclusions about the man in question?

Merle: “He’s funny, lyrical, soulful, ingenious, out of sight and all those harmonious adjectives. Jerry Reed is ‘Tobacco Road,’ Tin Pan Alley and Bleecker & McDougall all rolled up into blue-eyed soul.” (The Unbelievable Guitar & Voice of Jerry Reed)

Hartford: “…you realize that this is not only where it’s at, but where it’s been at for a long time…the poultry truck and coffee-ground music of the swinging little guitar man…pure, unadulterated blue-eyed soul, cooked off and double-run leaving the unsuspecting listener with the straight stuff…250 proof Nashville sound: bottled in bond by RCA Victor.” (Nashville Underground)

As our man Carl Perkins, no bit player in this story, once observed (at the end of “That’s Right,” a song he and Cash co-wrote in 1957): “You know, did you ever stop and think about, when somethin’s right, it’s just flat right, honey?”

Click here for the remembrance of Jerry Reed published in the October 2008 issue of TheBluegrassSpecial.com. 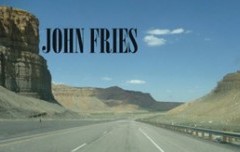