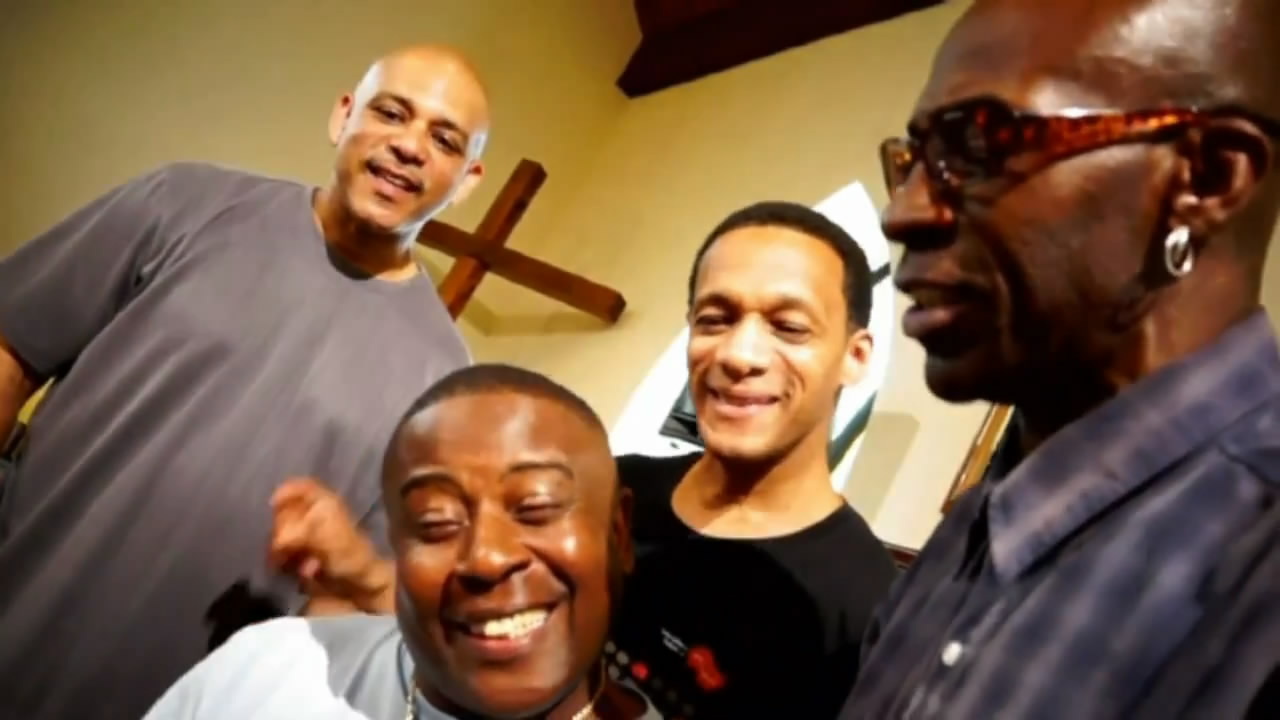 As acclaim for their work grows, and a new album promises to be of breakout proportions, the men of Soul Tempo stay focused on the eternal verities

Talk with Jeremiah “Jerry” Brunson of Soul Tempo for one minute and you can’t help but become infected with his genuine joy of life.

There are lots of reasons Brunson is happy, not the least of which is the success of Soul Tempo. Since their casual beginning in 1985, as high school friends in New Haven, Connecticut, mightily inspired by the Temptations and the Whispers but singing because they loved it (and it made girls scream), the quartet has chalked up a major contest win and built a solid following with its acclaimed recordings; not least of all, director (and major Soul Tempo fan) Penny Marshall gave them a singing role in her 1996 film The Preacher’s Wife, starring Whitney Houston and Denzel Washington.

This month, Soul Tempo’s new CD, Trust In God, on their own Soul Tempo music label, is out. And the momentum is building for it, and them, to be a major gospel music force.

From their early years, Soul Tempo appears on Gospel Today and performs an a cappella, gospelized rendition of the Mack David-Elmer Bernstein theme song from the 1962 film Walk On the Wild Side. Originally recorded by Brook Benton, the song received an Oscar nomination for Best Original Song. Benton’s ‘Walk On the Wild Side’ peaked at #43 pop.

The four members of Soul Tempo–Brunson, Anthony Burnett, and brothers Kevin and Philip Mitchell–grew up on the same New Haven street. Becoming friends, they attended the same grammar, middle and high schools, and as voice majors attended the same college.

They joined their high school chorus and learned classical music literature, but they also enjoyed singing a cappella whenever they could. The group even secured a gig at a New Haven club called Soundtrack II. Brunson says they knew they were onto something special “when we sang songs and girls started screaming!”

From the start the group rehearsed five to six days a week—“we loved to sing”—and honed their harmonies and vocal blend so both were air tight. “We got to know each other’s voices inside out,” Brunson said. He added that while Soul Tempo sang all genres of music in those early days, but when members got “deeper and deeper into the church, we focused more on gospel.”

The group’s career leaped ahead when they met Reverend Run (aka. Joseph Simmons) in New York City. A founding member of Run-D.M.C. and now a minister, Reverend Run invited them to sing in front of his church. Once again, the response to the group’s singing was overwhelming. Soul Tempo realized that their music ministry might become bigger than they had ever imagined it could be.

Soul Tempo’s electronic press kit for the Trust In God album. The video also shows Soul Tempo performing the national anthem at the NAACP-sponsored 4th Annual Great Debate between Morehouse and Yale, at the Shubert Theater in New Haven, CT, May 5, 2012.

It fact, Reverend Run was the critical component of two significant events in the group’s history. First, after hearing them sing at a rapid pace, he noted “you guys have got soul and speed,” and suggested the name Soul Tempo. Next he signed the group to his label, and featured them with three songs on his 1995 compilation, Rev Run Presents. Then his brother, one Russell Simmons, suggested he get the group over to Penny Marswhall’s set to audition for The Preacher’s Wife.

Brunson: “We were singing at a church around 103rd and Riverside Drive [in New York City] while the movie was in production. Someone saw us in the church and our phone rang. Russell Simmons had contacted [his brother] Rev. Run and wanted us to audition. We didn’t believe it! It was incredible! We sang ‘The Lord’s Prayer’ in front of Whitney Houston, Denzel Washington, Courtney Vance and Penny Marshall. The only thing was they wanted us to do the song in one minute and five seconds. So we speeded it up.”

Marshall became an instant fan–so instant that she sent her assistant to get the group fitted for their onscreen role. “We got the part. Everyone hugged us and we were told to go to wardrobe. We had no idea that we would be part of the movie. It literally blew our minds! We were the happiest guys in the world!”

The official video for Soul Tempo’s ‘Trust in God’ single

“The Lord’s Prayer” Soul Tempo sang on the film soundtrack was the a cappella arrangement made famous in the 1950s by the Swan Silvertones. The group has since released a CD of classic gospel songs, including “The Lord’s Prayer,” “Touch the Hem of His Garment” and “Christian Automobile.”

Following The Preacher’s Wife experience, Soul Tempo launched the Velvet Music label and released its first album, I Can’t Wait. But the business side of Velvet Music drained time from their musical endeavors, so in 2000 they struck up a production deal with Denn Randell and Biddy Schippers’ DRC Entertainment. From this came the album Charmed and Dangerous, on the Music Avenue label, followed in 2005 by Rendezvous, which is described on praisedc.com as “a creative secular album that mixed the group’s harmonies with elements of dance music and once again showcased the soulful essence of their music.” But gospel was still foremost in their hearts, leading the group to return to the fold with the 2008 long player Touch the Hem of His Garment, followed by The Lord’s Prayer.

Soul Tempo added another major credit to its resume in 2009 when it triumphed over 80,000 participants to win the McDonald’s Gospel Music Fest. The group performed before 20,000 people, including top-shelf gospel artists such as Cissy Houston, Vicki Winans, CeCe Winans, Regina Belle, J. Moss, Patti Labelle, Donnie McClurkin and Hezekiah Walker.

In 2011, Soul Tempo released another full-length CD, Doing Our Father’s Business, produced by five-time Grammy nominee Chris Davis, who has also served as musical director for Brian McKnight and has produced Kim Burrell and Maysa Leak. It set the stage for the breakthrough of Trust In God, arguably the group’s most powerful gospel testimony, and certainly its most personal.

‘No matter what I’m feelin’/you’re always there for me’: Soul Tempo, ‘Never Give Up’

If the Trust In God track listing sounds like a series of life lessons, Brunson says that’s what they are. “These are things that people need in the world: ‘Warm Embrace,’ ‘Lean On Me,’ ‘Keep Your Head Up,’ ‘Honor.’ ‘Trust in God’ is a great message that everybody needs to embrace.”

As praisedc.com noted, “Together, they’ve weathered the triumphs and trials of their music career by following one of the group’s original core principles of ‘casting all their cares on the Lord (Psalm 55:22).’ Their grammar school friendship has evolved to include their individual families who all know each other and provide additional love and support.”

Through all the hustle and bustle of promotion and touring, and the pressures of growing acclaim, Brunson said Soul Tempo stays true to a simple formula. To wit: “Stay sharp on our game, put God first and just keep moving.” 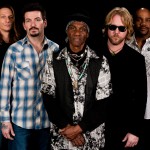 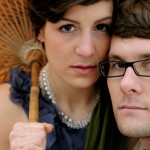