‘…an air of warmth and accessibility…’

Casual pronouncements are made every so often that the lute songs of Elizabethan England were the pop music of their day. The lutenist is said to be the 16th-century version of the guitar hero–a solitary character who played in courts and developed a moody, quixotic reputation. Movies and popular culture have portrayed lutes as being for the odd county fair minstrel, or the hapless suitor serenading a fair maiden.

But lute music wasn’t entirely a solo pursuit. During the high English renaissance (roughly 1570-1620) composers wrote more than 80 works for lute duet. In these, each lutenist plays nearly the same music, alternating between melody and accompaniment. On Two Lutes, the lutenists Ronn McFarlane and William Simms recapture nearly 30 of these duets, most of which are seldom performed today.

“It feels like a conversation, with each lutenist posing musical questions and answers throughout,” McFarlane explains of the music in the album’s liner notes. At times the chordal accompaniment is very simple and repetitive, and a skilled player would want to vary his or her part to make it more satisfying. In this recording, the improvising skills of Simms come to the fore.

About one-third of the songs on the collection come from the pen of John Johnson, England’s Royal lutenist, who served Queen Elizabeth I during the first years of her reign. They include the scampering “Trenchmore,” the reflective “The Delight Pavan,” and the rollicking “The Queen’s Treble.” Also featured are several songs by Thomas Robinson, a Danish court composer who projected the inward, melancholic quality of the instrument in songs like “Passemezo Galliard” and “A Plaine Song.”

The third major name on the album is the self-styled king of the lute, John Dowland, who is represented with two songs tinged with refined sadness. Rounding out the collection are some anonymous numbers including the ever-popular “Greensleeves.” However obscure the majority of this music is, Simms and McFarlane approach the recording with an air of warmth and accessibility.

‘…an involving and intricate listening experience…’

Two Lutes delves into the 16th century and a bit into the early 17th, primarily featuring lute duets by John Johnson (1540-1594), John Danyel (1564-after 1625), John Dowland (1563-1626) and Thomas Robinson (c. 1560-1610).  There are also a few works by other composers and a number of anonymous ones, some of the latter being quite well-known – Greensleeves and La Rossignol, to mention two.  Dowland is far and away the best-known composer of this time for the lute, but only two of his works are here: Ronn McFarlane and William Simms prefer to focus on Johnson (10 pieces) and Robinson (six).  And indeed, although Dowland’s music for solo lute remains preeminent, Johnson and Robinson prove to have considerable skill in writing for a pair of the instruments, whose lines intertwine pleasingly in a variety of dance forms (notably pavan and galliard), song-derived works (“The Nuts Be Brown,” “Wakefield on a Green”) and pieces that, for their time, were comparatively free-form (“A Fantasie,” “A Toye”).  McFarlane and Simms balance their instruments with care and bring out the melodic and contrapuntal lines of all 27 short works on this Sono Luminus CD with skill and some very adept finger work.  None of the pieces especially stands out on its own – not even Dowland’s – but taken as a whole, they provide an involving and intricate listening experience using instruments and musical forms too pleasing to the ear to have fallen into total obscurity since the Renaissance (when the lute was the most popular of all instruments). 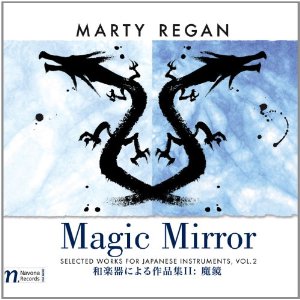 [dropcap]T[/dropcap]he boundaries breached by Marty Regan are clear ones: those between Western and Japanese music. Regan is deeply imbued with the culture of Japan, has studied with prominent Japanese composer Minoru Miki, and has translated Miki’s book on composing for Japanese instruments. Listening to Regan’s works requires entry into a sound world with which aficionados of Western music generally have little familiarity. The instruments, scales and compositional principles of Japanese music are quite different from those in Western works. The word “exotic” comes to mind, but it is not really the right one, because there is nothing deliberately “exotic” in Regan’s many dozens of compositions for Japanese instruments. Indeed, they are respectful of Japanese musical traditions and appear to have much the same flow as works by composers born and trained in Japan. There are six works on Navona’s new Regan CD: Flamefox (2007) for a quartet of shakuhachi (a Japanese flute traditionally made of bamboo); Dragoneyes (2006) for shakuhachi, shamisen (a three-stringed instrument somewhat resembling a banjo), and 21-string koto (Japan’s national instrument, which has movable bridges and is plucked); In the Night Sky (2010) for shakuhachi, 21-string koto and percussion; Magic Mirror (2008) for shamisen, hichiriki (a double-reed flute), ryūteki (a bamboo transverse flute), shō (a wind instrument made of bamboo pipes), shinobue (a transverse flute with a high-pitched sound), and shakuhachi; Voyage (2008) for shakuhachi and string quartet; and Devil’s Bridge (2008) for shamisen and biwa (a type of lute). In terms of sound, Magic Mirror, with its subtly different wind instruments, and Voyage, with its juxtaposition of Japanese and Western elements, are particularly interesting. In fact, all the music here stretches Western ears, and 70 minutes of it is rather a lot for a single sitting–listeners interested in experimenting with some unfamiliar sonorities may want to hear the pieces one at a time over a couple of days.

The “East meets West” idea has been with us for ages, of course, but in music it is not the norm. A real interpenetration of musical cultures is not always an everyday happenstance. And of course there are degrees of success in the music making situation, as there are processes of exchange between musical cultures that can happen over long periods of time.

The music of Marty Regan is something special because he achieves a most interesting synthesis and gives us some very enjoyable music at the same time. His second volume of “Selected Works for Japanese Instruments” is out. (I covered the first volume, Forest Whispers, on my Gapplegate Guitar blog on October 14, 2010.) Magic Mirror (Navona 5876) in many ways begins where the first volume left off.

It’s music that uses traditional Japanese instruments like the shakuhachi, shamisen, koto, biwa lute, etc., for a music that has much of Japanese tradition built into it, but also has personal compositional ideas and juxtapositions that have a Western heritage. The most obvious place you’ll hear that is with the piece for four shakuhachi, “Flamefox,” or the piece for shakuhachi and string quartet, “Voyage.” In both works Western harmonies and avant/traditional Western classical elements freely intertwine with Japanese musical sensibility.

That’s true to some extent throughout the album. And it can be quite subtle, for example with the interjection of long-toned Gagaku sounds with other elements on the title cut.

It’s another worthwhile effort from Maestro Regan, a very enjoyable, substantial musical repast. Regan gives us innovative writing that seeks to discover new relations between and within traditions. It succeeds! 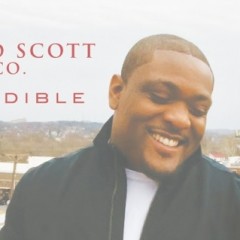