Originally given away free as a collectible to patrons of the annual Rhythm & Blues Cruise , Robert Mugge’s hour-and-a-half documentary offers an in-depth look at the fabled after-hours jams sessions aboard ship, when all of the assembled artists make their way onstage and do their thing en masse, in this case under the masterful direction of Tommy Castro. However, you wouldn’t expect, Mugge, a celebrated chronicler of roots music history, to simply set up and shoot. Instead, he turns All Jams on Deck into a combination instructional/educational video while never forgetting to let the music remain the central attraction. The instructional/educational part comes in the form of between-jams interviews with Castro and various other participants, who explain both the musical, philosophical and pragmatic foundations of the jam session (“There’s a little etiquette that goes on,” Castro explains in discussing how solos are distributed so that, says, guitars don’t dominate at the expense of the horns). That may sound high-falutin’, but these are musicians and music people talking and they keep the conversation sensible and down to earth. Rocket science this is not, but choreographing a jam is both a science and an art, so when you listen to Castro explain how and when he decides to bring on certain artists so that the music continues to flow freely and has a certain vibe about it, you’ll never see or hear a jam session in quite the same way again. The end result is invaluable inside baseball talk for musicians, and for mere mortals (I’m including music writers here, including yours truly) it elevates our appreciation of the thought going into these jams–Castro’s design, after all, is aimed at enhancing the festivities for players and fans alike–and disabuse anyone of the notion that these are haphazard affairs with players entering and exiting on a whim.

As for the music, it’s fabulous, buoyant, driving, life affirming, celebratory, high-spirited, rousing, warm–exactly what you would want for an after-hours party on the high seas. No wonder: the lineup includes Castro, Elvin Bishop, Marcia Ball, Lee Oskar, Kim Wilson, Johnny and Edgar Winter, Commander Cody, Coco Montoya, Eden Brent, Rev. Billy C. Wirtz, Kelley Hurt, Mike Schermer, John Nemeth, Sista Monica Parker, Lowrider Band, Larry McCray, Jimmy Thackery, Rick Estrin, Steve Berlin, Vasti Jackson, Leon Blue, et al.–a top-drawer mix of instrumentalists and vocalists without a weak link in the bunch. The high points are too numerous to mention, but a set-to between Winter and Bishop, with Edgar on keys, is one of the more memorable dialogues captured for posterity; Elvin also gets into it with Kim Wilson (“Kim Wilson Jam #1”); Marcia Ball is looking and sounding very fine leading her Pro Jam; a “Boogie Woogie Piano Jam” (there are two) will get your engines revved up, as Leon Blue, a shaggy Commander Cody, Steve Willis (on B3) and Eden Brent turn the heat up on deck; and a most pleasant blast from the past occurs via Elvin’s Raisin’ Hell Revue, when John Nemeth, on lead vocal, brings it home big time with his keening, blue-eyed soul rendering of the classic “Fooled Around and Fell in Love.”

Visually the documentary has a warm feel, and Mugge’s camera crew knows how to capture musicians in the heat of their moment, whereas his editing captures both the panoramic view of the scene and the intimate close-ups of artists in the grip of their muse. The value-added feature of the DVD is its musicality–you don’t have to sit and watch it. Put it on and let the music play while you do something else. It’ll give you a lift when you need it. The other value-added feature of All Jams on Deck is the best: it’s free, save for a $5.95 shipping and handling charge at the Blues Cruise website. Also, 12-minute and 36-second trailers for the film are available for viewing along with the DVD package design and liner notes at the Mug-Shot Productions website. 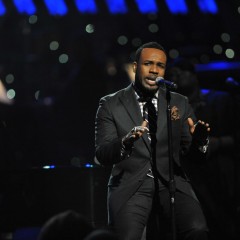 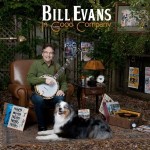 For That Man In the Booth, the One With a Woman on Each Arm…