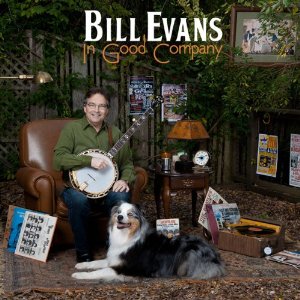 The hootenanny lives! Banjo master/educator Bill Evans’s In Good Company has that feel of an informal gathering of musicians playing exactly what they want to play, complementing each other to a T and having a great time doing it. The difference between Evans’s hootenanny as recorded here and your everyday hoot is the presence of all-star musicians making it all happen. Apparently Evans had no grand ambition when he began recording in Berkeley, CA, with a stellar crew comprised of guitarist David Grier, fiddler Darol Anger, mandolinist Mike Marshall and fiddling siblings Tashina and Tristan Clarridge, but the sessions went so well he decided to expand his horizons. Out went invites to his handpicked co-conspirators, and In Good Company emerged. And lo, it is good, exceedingly good indeed.

In addition to the abovementioned players, the full cast now includes Tim O’Brien, The Infamous Stringdusters, Joy Kills Sorrow (the latter two bands both include former Evans banjo students in Chris Pandolfi and Wes Corbett, respectively), Laurie Lewis, Rob Ickes, Todd Phillips, Matt Flinner, Missy Raines, Stuart Duncan, Neb Luberecki and even his daughter Corey Evans (on drums and clearly a chip off the old block, as she and dad co-wrote the gently driving, jazzy opening instrumental, “The Distance Between Two Points,” a showcase for Evans’s nuanced banjo soloing, to be sure, but even more so a star turn for fiddlers Anger and the Clarridges, who twists and turns off the melody line bring some heat to the medium-cool arrangement).

If a hootenanny it be, it’s upgraded for our times. Five of the tunes are new Evans originals; four are Lennon-McCartney classics; and Sarah Siskind (“On and On,” with Joy Kills Sorrow’s Emma Beaton delivering a riveting lead vocal) and John Martyn (“Walk to the Water”) are sources for two others. Only “Follow the Drinking Gourd” hearkens back to the late ‘50s-early ‘60s folk revival, and a fine hearkening it is, as Tim O’Brien and Laurie Lewis team up on a determined lead vocal in an arrangement more meditative than this song usually receives. With O’Brien on bouzouki, Ickes on dobro, Flinner on mandolin, and Duncan on fiddle supporting Evans’s spare picking, the tune is far less the rouser it has traditionally been and more reflective of the 1928 song’s coded lyrics guiding runaway slaves to freedom by way of the stars.

Elsewhere the fare blurs the line between traditional and progressive bluegrass. John Martyn’s beautiful and mysterious “Walk to the Water” features The Infamous Stringdusters, with Travis Book taking a strong but plaintive lead vocal with Evans (baritone vocal) and Andy Hall (tenor) adding affecting harmonies to the wondrous recounting of a woman’s seeming spiritual transformation (“save by the water/she said and she was right, I know she was…”), a development the music then celebrates in taking most of the last three minutes of the four-and-a-half minute rendition in a joyous instrumental hallelujah with ample room for solos, most notable among these being Dominick Leslie’s electrifying mandolin run following Andy Falco’s fleet-fingered guitar solo about halfway through.

Amidst all this fine picking and singing, however, the true showcase moment here is the nine-minute, four-song, all-instrumental Beatles tribute, encompassing a soft, thoughtful “Mother Nature’s Son” (with Mike Marshall’s lyrical mandolin leading the way in a lineup sans Evans but including Grier on guitar, Anger and Tashina Clarridge on fiddles and Tristan Clarridge on a most subdued cello); a glorious, banjo-fired mountain soul treatment of “You’ve Got to Hide Your Love Away”; a temperate 1:19 assaying of “Lucy in the Sky with Diamonds” focusing on the breathtakingly beautiful melody stripped of its hallucinatory lyrics; and a straight-ahead, barnburning take on “A Hard Day’s Night” sparked by Evans’s spirited banjo, which leads the charge ahead of lush, keening fiddling by Anger and the Clarridges, Mike Marshall’s sprint up and down the mandolin neck, Grier’s fiery guitar solo and a cool strutting bass by Todd Phillips. After all this, the only way to go out is the route Evans chose, his own quiet, introspective instrumental, “They Say You’re Never Lonely in Louisville,” with Cindy Browne Rosefield on bass and daughter Corey on brush drums–a soothing instrumental exhale with the slightest tinge of melancholy about it. Indeed, it’s hard to say goodbye. Anyone for another hootenanny?

Bill Evans’s In Good Company is available at the artist’s website. 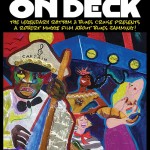 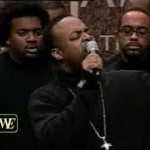