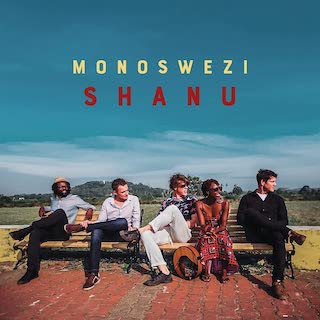 Shanu quite simply means “Five” in the Shona language of Zimbabwe, home to Monoswezi’s lead vocalist and mbira player Hope Masike. This, their fifth album, is their most adventurous to date, as it sees the collective incorporate washes of electronics to their musical soundscape, notably in the use of the Mellotron by composer and multi-instrumentalist Hallvard Godal. His idea was to harness the instrument’s potential by adding more harmonies and color to the group’s trademark sound. In Hallvard’s own words, “I had played the Indian harmonium on some previous tours and the album A Je but was now looking for something more flexible, less characteristic, whilst still keeping some of the acoustic feeling, and the Mellotron had that.”

The name Monoswezi is an amalgam of the four founding member’s nationalities represented in their line-up—Mozambique (Mo), Norway (No), Sweden (Swe), Zimbabwe (Zi)—and the influence from each culture is audible. Salve to the ears of those tired of cosmetic “world fusion” bands, Monoswezi plunge across international waters to meld a meeting of musics that is well thought out, well executed and an audio pleasure to be devoured.

The traditional track “Hwiri Hwiri Hwiri,” from the album Shanu, is presented in an arrangement uninhibited by a sense of what’s right or appropriate to the original.

As the cosmopolitan band live across three countries (Norway, Sweden and Zimbabwe), meeting up in full is a treasured but rare occasion. Studio time is precious and experimentation the order of the day. Though unconventional, this working method imprints their music with a beautifully loose and open aesthetic. The music is not over-thought or preened to pretension, and these nine tracks evolved in typical Monoswezi fashion, by allowing the ideas to materialize on the spur of the moment rather than trying to reach a specific goal from the outset. As Hallvard says, “When I compose music, it’s not a very specific process. I play around with different ideas and things develop. I bring them to the band and we continue to work on them together.”

‘Zvorema,’ Monoswezi, from the album Shanu. The song addresses greedy and selfish leaders.

African music remains central to Monoswezi’s inspiration. Their compositional approach draws on Hope Masike’s Zimbabwean and Calu Tsemane’s Mozambican musical heritage alongside the rest of the band’s Nordic jazz tilt. A reading of the lyrics reveals a rich tapestry of different themes from storyteller Hope, from songs about losing touch and shunning one’s own heritage (“Tsika Dzako”) to the continuing problem of women’s inequality (“We Crown You Nehanda”) and greedy and selfish leaders (“Zvorema”). The role of the Zimbabwean mbira is paramount to Monoswezi’s style. Hope raises the flag for female mbira players everywhere, unlocking rhythmic routes through the sound on every track, including the fittingly titled “Where Is My Mbira?”, a song about yearning and looking for one’s heritage.

‘Tsika Dzako,’ Monoswezi, from the album Shanu. A meditation on losing touch and shunning one’s own heritage.

‘Paya,’ Monoswezi, from the album Shanu

Renowned for their reworking of traditional Zimbabwean folk songs, Hallvard commented that often during the compositional process, he won’t be working with prior knowledge of the folk song in its original form, whereas Hope will have grown up with the tune and lyrics molded into her musical consciousness. This difference in approach means the creative process can spin off in new uncharted directions, beautifully illustrated by the band’s take on the traditional track “Hwiri Hwiri Hwiri,” an arrangement uninhibited by a sense of what’s right or appropriate to the original 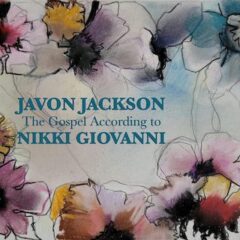 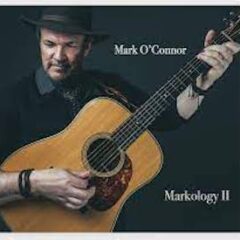