As I’ve sat isolated in my Manhattan apartment since the COVID-19 lockdown began, I’ve sometimes thought about the astronauts, current and past, who’ve spent extended periods of time in space. Scott Kelly, a retired NASA astronaut who was on the International Space Station for almost a year, spoke to CNN’s Dr. Sanjay Gupta recently from his home in Houston about managing extreme isolation. While aboard the ISS, Kelly and his crewmates listened to a lot of music, including the Dixie Chicks and Pink Floyd; he said this connected and relaxed him, regardless of his mood.

Similarly, a 2011 article published by the Harvard Medical School aptly described how music can literally soothe and transport the soul, particularly in stressful times. Suggesting that music “may enhance human health,” it said the frontal lobes of the brain “interpret the emotional content of music. And music that’s powerful enough to be ‘spine-tingling’ can light up the brain’s ‘reward center,’ much like pleasurable stimuli ranging from alcohol to chocolate.”

Music, the article added, “has major effects on many aspects of health,” including memory and mood.

Discussing music’s ability to transport listeners’ minds to faraway places, Dr. Susan Rogers, a professor of music production and engineering at Boston’s Berklee College of Music, compared musical appetites to those for food: some people prefer savory, some sweet, some spicy, and some mild. These tastes develop over the course of a lifetime, beginning in childhood. “When choosing a given piece of music to hear, on some level we’re seeking to be transported, seeking to daydream,” she says. “And the kinds of daydreaming we seek can be as individualized as the kind of food we prefer.”

Some people prefer a piece because it triggers memories, perhaps of their first encounter with it, or where they were at the time. Others prefer music that Rogers said can “send them on a flight of fancy.”

Indeed, the pandemic and the music that has comforted me as I experience it has triggered memories of travels, near and far.

‘On Wings of Song,’ composed by Felix Mendelssohn, performed by Jascha Heifetz, from The Heifetz Collection (1925-1934): The First Electrical Recordings

In what I believe was one of the first pandemic-era Zoom concerts, 19 housebound members of the Israel Philharmonic performed a charming medley of Passover songs. The star, however, was not a musician, but Adam Noussimovitch, the infant son of violist Matan Noussimovitch, who lay, transfixed, in a bassinet, watching his father perform while tapping his tiny foot. Seeing this reminded me of my own childhood Passover celebrations, my visits to Israel, and the Israel Philharmonic concerts I’ve attended at Carnegie Hall, which, though literally not far away, is (mentally at least) as distant and off-limits now as Heichal HaTarbut, the orchestra’s Tel Aviv home.

The Metropolitan Opera’s At-Home Gala also brought back memories of destinations I’ve visited, and of the wonderful artistic experiences I’ve had while traveling. Erin Morley, singing and playing the piano from New Haven, reminded me of visits to Yale’s various art galleries and the Yale Repertory Theater. Javier Camarena’s spirited performance from Zurich–a highly cultured, beautiful city–amused me, since his effervescent personality differs so greatly from that of the anything-but-exuberant Swiss. Michael Volle’s singing from Berlin brought me back to a visit there a decade after the fall of the Berlin Wall, and of the music I enjoyed, which included classical and Weimar-era cabaret. And the performance by Nicole Car and Etienne Dupuis beamed from their Paris home called to mind one of the most unusual experiences I have ever had in that city: On a long-ago visit to the Île Saint Louis to see Ste. Chapelle, the 13th-century, Rayonnant Gothic jewel box of a royal chapel, I stumbled across a classical music concert. Between the performance and splendid stained glass, I was absolutely spellbound.

Dvorak’s ‘Songs My Mother Taught Me,’ performed by Paul Robeson

I clearly am not alone in being transported by music.

The Harvard Medical School article poetically discussed the “wings” music can provide to the imagination when jet travel is not a viable option:

Doctors tell us that social isolation is a cardiac risk factor, and Robert Browning wrote that “He who hears music feels his solitude peopled all at once.” Psychologists tell us that expressing emotions is healthful, and Tolstoy explained that “Music is the shorthand of emotion.” Clinicians teach that human warmth can blunt many woes, and Shakespeare proclaimed, “If music be the food of love, play on.” And in the days when Apollo reigned, Plato explained that, “Music is a moral law. It gives soul to the universe, wings to the imagination, and charm and gaiety to life and to everything else.”

This WQXR.org editorial was published on the station’s website on August 25, 2020. 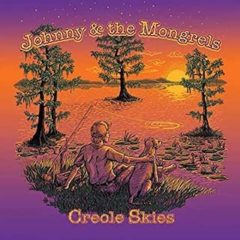 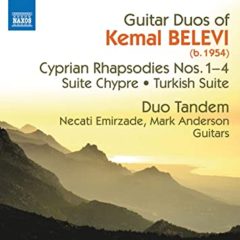