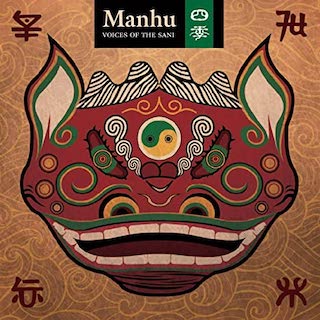 Hailing from the Yunnan province in Southwest China, Manhu are guardians of an ancient but living musical tradition. From raucous drinking songs to haunting ballads, Voices Of The Sani gives a unique insight into the music of the little-understood Sani culture.

All five members of Manhu were raised in the villages of the Stone Forest region of Yunnan in Southwest China, homeland of the Sani people. Steeped in traditional Sani music from a young age, as well as influenced by modern rock music, this is a band that represents a unique turning point–the last generation of the Sani to genuinely have a foot in both the old and new worlds. Voices Of The Sani is rooted in the music of the Yi minority, the ethnic umbrella under which the Chinese government categorizes the Sani, encompassing over nine million people from over 40 distinct cultural groups with which the Sani people share a degree of cultural affinity. Within these overlapping dichotomies–local versus regional, traditional versus modern–Manhu find the warp and weft of their distinctive sound, which blends the old and the new.

The uplifting album opener “Banquet Dance” is a traditional song from the Laluo Yi people of Weishan, Dali region, to honor guests as food is served. Typically, the food would be brought into the room balanced on the heads of the performers. The lyrics encourage listeners to “Drink wherever there is wine, sleep wherever there’s a bed.” Enjoyment of the consumption of “moonshine,” high strength distilled liquor, is common to all Yi people and indeed to all of Yunnan’s ethnic groups. This is celebrated in the aptly named “Joys Of Drinking,” where the traditional lusheng (gourd pipes) and the adiza (small three-string lute) combine with electric bass guitar and drum kit to create a boisterous village hoedown. Likewise, the closing track,”Sani Drinking Song,” describes how “the drinking of three cups of liquor brings a deep sense of well-being.”

‘Spring and Summer,’ Manhu, from Voices of Sani

The featured songs are of true Sani origin as well as those from other Yi sub-groups. “Daughter’s Ballad” is a haunting traditional Sani folk tune sung by a mother to her daughter expressing her sorrow that she is going to join her husband’s household. This flows into another folk classic, “Ashima,” a song of hope for those who wish to choose their partners for themselves. In traditional Yi culture marriages are strictly arranged, engendering a recurrent theme of rebellion against this tradition in romantic stories and songs. It’s also said that in Sani culture lovers are shy and will not directly talk about their feelings to one another. Instead they use musical instruments and codes within the melodies to express themselves. The chazi, or “moon lute,” is often played by girls, while the adiza is played by boys. Dance events go on late into the night with the rising of the moon being the real start of the festivities. The aptly named song “Moon” asks the moon to “give light to the dancers…give light to the Sani people.”

Manhu are very much guardians of an ancient tradition, and on the beautiful “Sanhu Love Song” they introduce the listener to the sanhu, a bowed instrument generally played by older people to accompany storytelling. You’ll also hear the accompaniment of the humble leaf, which is played by almost all Sani people who learn it from childhood whilst working as shepherds. Following this, the rip-roaring “Brothers And Sisters” is an interesting musical exception in that it’s the band’s rendition of an American old-time dance known as “Five Miles Of Ellum Wood.” Taught to them by the American band Jenny and the Hog Drovers, it was skillfully rewritten by Manhu using Sani lyrics and instrumentation

‘Sanhu Love Song,’ Manhu, from Voices of Sani. The Sanhu is a bowed instrument generally played by older people to accompany storytelling.

‘Brothers and Sisters,’ Manhu’s rendition of an old-time American dance known as ‘Five Miles of Ellum Wood,’ from Voices of Sani

By heading for the hills and staying there, Sani people have preserved their identity for thousands of years. Consequently, this rich international debut by Manhu, who have been nurturing their sound over the past 15 years, gives a unique insight into the music of a fascinating and little-understood culture. 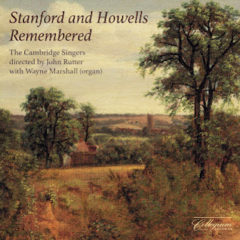 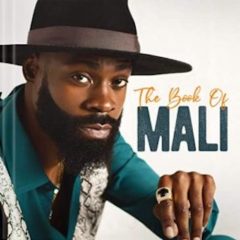 Virtual Vinyl and the Soul of Brazil