This set is a reissue of influential recordings made by John Rutter and the Cambridge Singers in 1992, now expanded with an additional 20 minutes of music not issued on the original disc. The music that Sir Charles Villiers Stanford and Herbert Howells wrote for Anglican services, notably Matins and Evensong, never went away, and the sets of canticles they wrote have been well-loved by generations of church musicians. But there was a tendency to overlook or take it for granted in the wider musical world, and for much of the post-War period, neither composer’s choral output was known well. This recording was part of a valuable re-assessment of both composers’ works.

Stanford and Howells Remembered on Collegium Records features John Rutter and the Cambridge Singers with organist Wayne Marshall in Stanford’s Evening Canticles in G, Evening Canticles in B flat, Latin Magnificat, Te Deum in C, When Mary Thro’ the Garden Went, I Heard a Voice From Heaven and O for a Closer Walk, and Howells’ Requiem, Magnificat and Nunc Dimittis from The Gloucester Service, The Fear of the Lord, Like as the Hart, and Long, Long Ago, plus the hymn All My Hope on God is Founded, all recorded in Ely Cathedral in 1992.

Stanford became conductor of the choir of Trinity College whilst still at Cambridge, and throughout his life he would write seven sets of services for the Anglican church, his first in B flat in 1879 whilst he was still music director of Trinity. Stanford’s settings of the canticles for morning and evening prayer are the music that never went away, even when the composer’s reputation was at its lowest ebb. And, in a sense, they are the fundamental on which the music of the modern-day cathedral is based, practical yet memorable and musical with Stanford bringing a symphonic eye to these miniatures.

Consider the delightful Magnificat from the Service in G that opens the Stanford disc on this set, with its soprano solo and organ accompaniment, which is reputed to evoke Mary’s spinning wheel. The music is never worldly; it does not take you out of the church into the opera house, but there is delight and theatricality about it. These services must have seemed refreshing after much of the worthiness of Anglican church music at the time. One thing that Stanford did was to include substantial and interesting parts for the organ, so that his canticles become real combined efforts with choir and organ complementing and supporting each other. This is something his pupil Howells would build on. One curiosity: Stanford’s service sets contain music for morning and evening prayer and for communion, yet somehow the music for communion rarely makes it onto disc.

Of course, Stanford didn’t just write canticles for Anglican services; Rutter and his choir give us a selection of Stanford’s other music including a part-song setting of a poem by Mary Coleridge (no, not “The Blue Bird”), which gives us Stanford on a different, more intimate scale, and his anthem “I Heard a Voice from Heaven,” which is dignified and highly practical, an example of useful music, yet full of interesting choral textures.

On a different scale is the Latin Magnificat, Stanford’s only setting of this Latin text written as a choral work rather than a liturgical, and so on a far larger scale than a service would warrant. It is a relatively late piece, written in 1918, which became a memorial to Stanford’s great colleague Parry. It displays Stanford’s knowledge of earlier music and Rutter, in his note about the work in the CD booklet, refers to Stanford’s debt to Brahms here, and there is very much the aura of evoking and knowing the works of older masters that we get from Brahms.

The hymn-like anthem O for a Closer Walk is on a far smaller, far more practical scale and is from a set of six short hymn-anthems each written to follow a sacred song with organ (Six Bible Songs). The final Stanford work in the set is the Te Deum from Stanford’s Service in C; small scale and concise, it manages to still include some of the grandeur we associate with this work. All, there is one thing missing from this disc, namely Stanford’s lovely Three Latin Motets (and of these Beati quorum via is one of those works that is beloved by almost every choral singer on the planet).

Herbert Howells studied with Stanford from 1912 to 1916 and with his sequence of canticle settings (Howells would write around 20 sets of canticles) virtually re-built Anglican church music single-handedly. What is striking, though, is that Howells’ first set of canticles, Collegium Regale, written for Kings College, Cambridge, dates from 1947 when the composer was in his 50s. His sacred choral music from earlier in his career is more sparse: there are three Latin motets written for Westminster Cathedral (the Missa Sine Nomine from 1912, a Magnifcat and Nunc Dimittis from 1918), a handful of anthems, and that seems to be virtually it.

But in the 1930s Howells decided to write a Requiem, not a liturgical work but one using his own personal collection of sacred texts mixing English psalms with parts of the Latin service for the dead. During the early stages of writing the work, Howells’ young son died and the Requiem became something of a memorial. Howells finished it, then put it in a draw. He then re-worked the unaccompanied choral Requiem into Hymnus Paradisi, a large-scale work for chorus and orchestra. This went into a draw too. Hymnus Paradisi was released in the 1950s, but it was not until 30 years later that the Requiem was allowed to be performed. This means that the smaller scale work can often been seen as a reduced, edited version of Hymnus Paradis, when in fact it is a different, more concentrated work.

Howells and Ivor Gurney as young men famously reacted ecstatically when hearing the premiere of Ralph Vaughan Williams’s Tallis Fantasia in Gloucester Cathedral in 1910, and I have always thought that there was something of RVW’s manipulation of blocks of textures of different scales in Howells’ Requiem. Written for unaccompanied choir, it uses the choir in different formations, four-part, six-part, eight-part along with soloists, to create an interesting mix of blocks of texture. And without organ, Howells’ writing for choir is richly detailed in a way that he could not be with the more practical canticle settings written for daily service use rather than occasional performance.

The Requiem is a richly rewarding work to sing; it is one of those “once sung, never forgotten” works beloved by choral singers everywhere. The brilliance of this recording (which must be one of the earlier recordings of the work as Howells only released it in 1980) is that the singers’ joy in performing the work draws us in–it is profoundly beautiful and emotionally engaging.

‘O for a closer walk,’ composed by Charles Villiers Stanford, performed by the Cambridge Singers conducted by John Rutter. From the 1992 album, Stanford and Howells Remembered, now reissued in expanded form by Collegium Records.

I have to confess to always finding something a little formulaic about Howells’ canticle settings; however, they are beloved by performers and are highly practical pieces. Howells builds on Stanford’s model, using a substantial organ part and relying on vivid unison passages to make the works vital in the life of a working cathedral choir. Here we have Howells’ set written for Gloucester in 1946, generally regarded as his finest set of canticles.

Howells remained active and vigorous to the end of his life. His anthem The Fear of the Lord was written for John Rutter and the choir of Clare College in 1976 for the college’s 650th anniversary. Rutter would himself return the compliment, by writing his anthem Hymn to the Creator of Light for the dedication of the Howells window at Gloucester Cathedral in 1992. We also get the anthem Like as the Hart, written in 1941; the part-song Long, Long Ago (1950); and the hymn written originally for Charterhouse School with a descant added by Rutter in 1977.

‘Magnificat: The Gloucester Service,’ composed by Herbert Howells, performed by the Cambridge Singers conducted by John Rutter, with Wayne Marshall on organ. From the 1992 album, Stanford and Howells Remembered, now reissued in expanded form by Collegium Records.

Some familiar names jump out of the 1992 choir roster. Many went on to have long and distinguished choral and choral director careers, with others such as Mark Le Brocq and Christopher Purves moving into the operatic field.

These performances have stood the test of time. The choir sings with beautiful control and clarity, and also with great love, affection and understanding. Much of the repertoire on these discs has found its way repeatedly into the CD catalogues in the intervening years, but this influential set remains a delightful compilation. 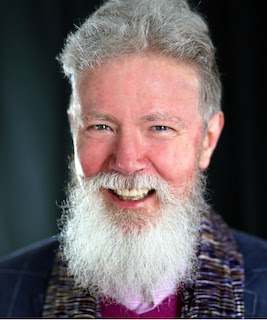 Published at Planet Hugill on 22 July 2020, reprinted here by permission. Robert Hugill is a singer, composer, journalist, lover of opera and all things Handel. To receive Robert’s lively monthly This month on Planet Hugill e-newsletter, sign up on his Mailing List. (Robert Hugill photo by Robert Piwko. 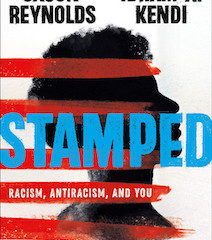 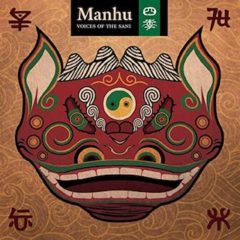