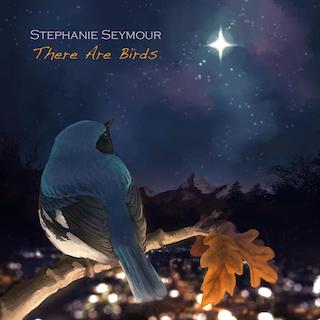 But unlike the fervent birder in your family, or down the street, Seymour has turned her ornithological passion into glorious, supremely engaging music.

By which I don’t just mean, say, a catchy ode to crows.

No, I mean an entire album about birds-literally, metaphorically, even a song written from an eagle’s point of view.

If the name of the 12-track collection, There Are Birds, doesn’t necessarily telegraph its bird-centric subject matter, the song titles probably do: “Northern Mockingbird,” “Blue Jay,” “House Sparrow,” “Ruby-crowned Kinglet,” “Common Loon”… All the titles are bird names, except the closing “Migration Is Over.”

Seymour knows her way around the studio–she’s a veteran singer-songwriter-musician, having first released an album in 1990, as a member of New York band The Aquanettas–so it’s hardly surprising that she’s made a solo record. But even if you were steeped in her discography, you’d have been hard-pressed to predict that this solo effort would be so devoted to feathered friends. To arrive at that conclusion, you’d need to be privy to more of her personal story and understand the role serendipity can play in major life (and artistic) changes.

“I didn’t get into birdwatching until later in my life,” Seymour explained in an August 28 Talking Animals interview. “It was 2004, and I had moved to New Jersey after Bob [[Perry, guitarist and There Are Birds producer] and I got married.

“I was living in New York City, and totally just not paying attention to nature, I guess. Then, when I was online searching for something, that Christmas bird count popped up. So I said ‘Oh, I’m going to go and check out birds in my neighborhood,’ for some reason. I don’t know why I was compelled to do that, but I took a cheap pair of binoculars, I went outside and tried to ID a bird. I could not even ID a house sparrow, and it really made me angry. The next day, I bought a Peterson Guide, and I studied up on my house sparrow, and I went outside the next day, and I positively ID’d the house sparrow. That was the thing that hooked me, totally hooked me. I became completely obsessed with wanting to know about birds, and learn about them, and learn about how to ID them. It also blew my mind that they were all around me and I didn’t even know it before.”

It’s safe to say that birdwatching got its talons firmly into Seymour and didn’t let up for many years–looking through binoculars was the absolute priority; making music was not. Hearing her talk rapturously about birding, it sort of makes sense that if she were to create her own music again, birds would be the focus.

But how did those twains meet?

“So, one day, I was sitting on my couch, and really, the first two lines of ‘Ruby-crowned Kinglet’ came to me: ‘Ruby-crowned Kinglet why ya look so scared?’ Then, I heard a giant chorus answer to it [‘That eye, that eye, that eye, that eye’], and if you know what Ruby-crowned Kinglet looks like, that’s kind of humorous. But right away, the lyrics just kept flowing out of me, and it really turned into quite a somber song, lyrically. Really, it’s about my anxiety and depression, but it’s wrapped up in a nice two-minute pure pop song.  I heard that song within 45 minutes, fully formed in my head. It was as if I were hearing it on the radio–it was done. I said, ‘Oh, yeah, I guess I have another 10 or 11 of those in me somewhere. I really did decide right then and there to make a record using birds as metaphors, and literally, for what I wanted to say. I mean, it is an album about birds; it’s an album about me.”

Seymour proceeded in the manner she describes, with the chief operating principle being that inspiration needed to strike much like it did for “Ruby-crowned Kinglet.”

“There was no belaboring a song,” she recalls, and if a new tune did involve a bigger struggle, like one she started working on called “American Robin,” it got shelved.

In keeping with that ethos, the lyrics of the There Are Birds songs project an effortless manner, even when then there are difficult or provocative themes lurking below the breeziness.

Similarly, musically, the dozen numbers here involve an array of winsome settings:  big, beckoning melodies often topped by lush vocal harmonies that genuflect to growing up in a house where her Mom often played the Beatles and Seymour later becoming a Crowded House/Neil Finn devotee.  Plus, a few of the tunes are embroidered with the bright colors of a spirited horn section.

It all adds up to an enormously irresistible package. In a previous era, I’d suggest a handful of these tunes are radio ready, if not potential hits.

Even in this era, you can imagine some of these songs sliding onto certain radio formats, starting with the hook-laden muscular ballad, “Northern Mockingbird,” maybe the ska-lilt of “Veery,” possibly the taut propulsion of “House Sparrow,” heck, as a wild card, even the delightfully nutty Andrews Sister-like romp, “Migration Is Over”

These and other songs are crisply performed by a flock of top-tier musicians, including E Street Band keyboardist Charlie Giordano, ex-Bongos guitarist James Mastro (now in Ian Hunter’s band), and what may constitute the secret weapon here, Sim Cain, a phenomenal drummer who’s played with T-Bone Burnett, the J Geils Band, the Rollins Band, and a raft of others. (For more information about the musicians who contributed, the album itself, lyrics, etc.–and the only place to purchase There Are Birds–you can visit http://www.therearebirds.com)

While touring behind There Are Birds isn’t practical, Seymour says there’s a possibility of organizing a few concerts, maybe a record release party.

Meanwhile, she strives to get the word out on the album, a singular effort in that one day it may involve being profiled in The Aquarian Weekly, a 50-year-old, music-based New Jersey alternative weekly, while the next, she’s doing an interview with Birdwatching Magazine.

You can hear the Stephanie Seymour interview on this edition of Talking Animals: https://talkinganimals.net/2019/08/stephanie-seymour-singer-songwriter-of-there-are-birds/ 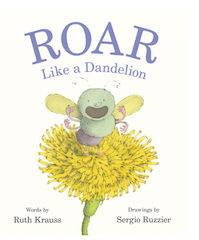 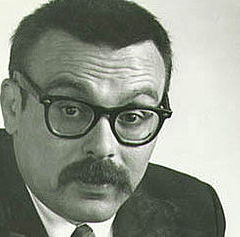 ‘You’ve Got To Chase the String While You Can’: Paula Poundstone Gains Wisdom From Her Vast Squadron Of Cats