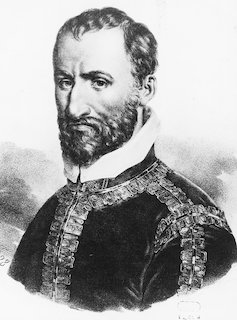 NOTE: Charles-François Gounod (born 17 June 1818, died 17 or 18 October 1893) was a French composer, best known for his Ave Maria, based on a work by Bach, as well as his opera Faust. Another opera by Gounod that is still performed today is Roméo et Juliette. Gounod died at Saint-Cloud in 1893, after a final revision of his twelve operas. His funeral took place ten days later at the Church of the Madeleine, with Camille Saint-Saëns playing the organ and Gabriel Fauré conducting. He was buried at the Cimetière d’Auteuil in Paris. This reflection on the shared genius of Michelangelo and Palestrina is from his Memoirs, published in 1896.

This music—severe, ascetic, horizontal, and calm, like the boundary of the ocean; monotonous by dint of serenity; anti-sensual and yet so intense in its contemplativeness that it sometimes attains to the ecstatic-made at first a strange, almost disagreeable impression upon me. Was it because of the very style of these works, which was entirely new to me? Was it the particular sonority of these special voices, which my ear heard for the first time? Or was it the strong attack, strong to the point of roughness, emphatic like hammer strokes, which gives such high relief to the performance by stressing the entrance of each voice into the rich, close-spun web of the polyphony? I could not say. The fact remains that this impression, bizarre though it was, did not repel me. I went back for more, and then more, and in the end could not do without it.

There are works that must be seen or heard in the spot for which they were designed. The Sistine Chapel is one of these exceptional places-a unique monument. The colossal genius who decorated its ceiling and altar walls with his incomparable visions of Genesis and Judgment Day, the artist who painted the Prophets as if he were their equal, will never again find his peer, any more than will Homer or Phidias. Men of that caliber do not return a second time. They are summations; they embrace a universe, they exhaust it and finish it off. They have spoken, and after them none dare repeat. But Palestrina’s music seems like a sung translation of Michelangelo’s great poem, and I am inclined to think that the two masters throw light one upon the other for the common understanding. The beholder teaches the hearer and vice versa; and to such a degree that after a time one begins to wonder whether the Sistine Chapel , considered as paint and music, is not the product of one and the same inspiration. Music and painting interpenetrate in perfect and sublime unity, so that it seems the double utterance of a single thought, the double voice of a single hymn. What one hears is like the echo of what one sees.

There are indeed so many analogies between Michelangelo’s work and Palestrina’s, such a family likeness, that it is hard not to infer an identical set of qualities-I almost said, of virtues-in these two extraordinary intellects. In both we find the same simplicity, the same humility in the use of materials, the same absence of concern with effect, the same disdain for what might appeal. One feels that the physical skill, the handling, is no longer of any moment and that only the soul, with its gaze unshakably bent upon the higher spheres, is intent on imparting through forms at once submissive and wholly mastered the full sublimity of its contemplation. Even the general uniformity of shading that characterizes this music and these paintings contributes to the impression of a voluntary rejection of all shades. The art of these two men is as it were a sacrament, in which the tangible symbol is little more than a veil cast over the living reality of the divine. And that is why neither the one nor the other of these two great masters makes an immediate appeal. In all things we are caught first by the outer brilliance of surface. Here, nothing of the kind; one must penetrate beyond the visible and the tangible.

‘Missa Brevis,’ Palestrina, the Tallis Scholars under the direction of Peter Phillips

On hearing a work by Palestrina, one feels something like the effect produced by reading one of Bossuet’s great pages. One finds nothing striking along the way; but by the end one has been carried to the heights. Faithful and docile servant of the thought, the word has neither arrested nor diverted the reader for its own sake, and thus you have scaled the peak without shock or error, led by a mysterious guide who has hidden his own traces and kept his secret.

It is this absence of visible devices, of worldly artifices, of vain sophistication, which makes the really great works altogether inimitable. In order to reach their level, nothing less is required than the mind that conceived them and the bliss that inspired them. 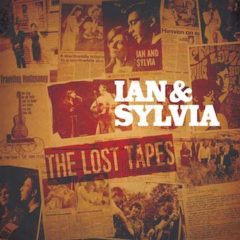