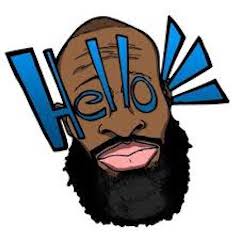 In 2012, Jermaine Dolly, a background vocalist for Tye Tribbett, began toying with becoming a solo gospel artist. But he set it aside. Growing up, the southwest Philadelphia native never thought of being an out-front performer.

“I was happy singing background,” Dolly explained. “Happy being a keyboardist at my church. If I’m comfortable somewhere, I don’t move.” 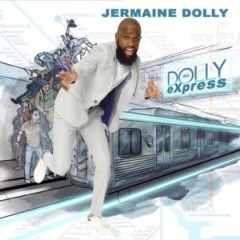 “[That day] I heard the voice of God, that it was time to move on from singing background and pursue my own career. When God has a calling on your life, He has the last say. So I got pushed out to the front and became a gospel artist.”

Wise decision. Dolly’s debut single, “You,” made it to number 2 on Billboard’s Top Gospel Singles chart. His latest effort, “Come and Knock on Our Door,” has also entered the same Billboard chart.

Dolly’s also known for his comedic sketches on Instagram. It came from his being a self-described “class clown.” “I used to imitate the singing of the females in my church, and that’s why my falsetto is so high,” he said.

During the six years Dolly sang background for Tye Tribbett, he was listening and learning. “[Tye] was one of the ones that really changed the game for me,” he said. “He chose to be nobody but him. When Tye came out, there was nothing like him in gospel music. He opened up a lane—be you. Be who God calls you to be.”

Once on his own, the first thing Dolly wanted to do was write and perform a song that made ample use of his falsetto. He had the melody in his head for what would become “You,” but he didn’t have the lyrics. The words came from a fortuitous meeting.

“I was called the Jesus Guy in the ‘hood,” Dolly explained, “so everybody would come to me with their problems. There was one guy in particular whose life seemed really, really good from the outside looking in. He contacted me. He’s a director of movies, so I’m thinking he saw my Instagram videos and he wants to put me in a movie. He came to my house, sat down on my step and said, ‘My life is really messed up. Why are you always happy and never down?’ We had a two-hour conversation about Jesus Christ.

“I went upstairs and wrote ‘People ask me why I’m always so happy and never down/Why I’m always laughing and you never seem to catch me with a frown.’ I went to my friend’s mom’s house where the studio was, in the basement. I chorded the song out, played the song and recorded the song.”

He continued: “There was a guy having a concert that August and he wanted me to sing on the program. I initially declined, but now [‘You’] is recorded and I wanted to hear people’s take on it. So I called him back about a week before the show: ‘Do you still have room?’ He said, ‘I only got about ten minutes left.’ I said, ‘All I need is five minutes.’

“He gave me five minutes. I sang the song on his program and the place went crazy! I put the song up on Instagram, and everybody wanted to know what was this song I was singing? From that one clip, I got about 300 gigs. Everybody wanted me to sing that song at their church.”

Nearly three years after the birth of “You” and the sensation it became, Dolly’s back with a new single, “Come and Knock On Our Door.” Opening with a playful interpolation of the theme of the hit ‘70s-‘80s television comedy Three’s Company, the song was also birthed out of a frank conversation about religion.

“People are intrigued by the thought of Jesus Christ,” Dolly said. “But when I tell them to go to a church, they say, ‘Oh, I’m not going to church.’ They can tell you everything negative about church, so I say, ‘I get that. But you got a job right? Do you like everybody at your job?’ They will be like, ‘No.’ ‘Do you let them stop you from getting a check at your job?’ ‘No.’ ‘Then why would you let someone stop you from spreading your love of Jesus Christ at church?’ Jesus Christ is very obtainable outside the four walls of church, but where else will you be spiritually fed to keep you sustained throughout the week?

“So I thought maybe a song would put a positive light back on church. [“Come and Knock On Our Door”] shows a different dynamic of being a Christian.”

Both “You” and “Knock” can be found on Dolly’s debut album, The Dolly Express, released May 19 on the By Any Means Necessary label. Dolly describes the songs, all of which he wrote, as “Jesus-centered feel good music.” The album also benefits from the estimable talents of Fred Jerkins III (DarkChild Music).

“[Fred] gave me complete control of my album,” Dolly said. “He heard the songs and all he did was to tell me to come down to Atlanta and let me record. But Fred put the pieces of the whole album together.”

Jermaine Dolly on going independent, ‘You’ and comedy

Dolly is insistent that the album is more than a collection of songs: it’s a movement.

“I’m trying to change the culture of the gospel music industry,” he explained. “Not the music, but the culture of where it is going. People don’t want to be considered gospel artists because it has a negative connotation to it. Well, you have people who call themselves gangsta rappers. They’re talking about killing people. They don’t want to change their name. There ain’t nothing positive about killing people and nothing positive about selling drugs. We’re the only ones that want to change our name because we can’t get into the mainstream market. So we change our name to ‘inspirational artist.’ Jesus Christ should be as much inspiration as you need! That’s what The Dolly Express is about. You can say Jesus Christ’s name and still be successful and be something in pop culture. And still call yourself a gospel artist.”

Dolly proves his point by noting that his album is in Walmart, which typically only merchandises a handful of top-selling gospel titles in its physical stores.

“My album is in Walmart. So you can buy a box of drawers, some socks, some Lean Cuisine and my album, all at the same time. All that happened because we chose to put Jesus Christ first. I don’t write a song until I go to Jesus Christ first. Then watch what He’ll do!” 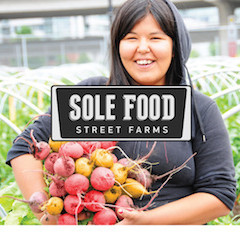