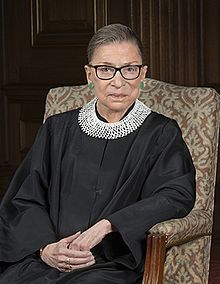 On Passover, Jews are commanded to tell the story of the Exodus and to see ourselves as having lived through that story, so that we may better learn how to live our lives today. The stories we tell our children shape what they believe to be possible—which is why at Passover, we must tell the stories of the women who played a crucial role in the Exodus narrative.

The Book of Exodus, much like the Book of Genesis, opens in pervasive darkness. Genesis describes the earth as “unformed and void, with darkness over the surface of the deep.”(1) In Exodus, darkness attends the accession of a new Pharaoh who feared the Israelites and so enslaved them. God alone lights the way out of the darkness in Genesis. But in Exodus, God has many partners, first among them, five brave women.

There is Yocheved, Moses’ mother, and Shifra and Puah, the famous midwives. Each defies Pharaoh’s decree to kill the Israelite baby boys. And there is Miriam, Moses’ sister, about whom the following midrash is taught:

When Miriam’s only brother was Aaron] she prophesied… “my mother is destined to bear a son who will save Israel.” When [Moses] was born the whole house… filled with light[.] [Miriam’s] father arose and kissed her on the head, saying, “My daughter, your prophecy has been fulfilled.” But when they threw [Moses] into the river her father tapped her on the head saying, “Daughter, where is your prophecy?” So it is written, “And [Miriam] stood afar off to know what would be[come of] the latter part of her prophecy.”(2)

Finally, there is Pharaoh’s daughter Batya, who defies her own father and plucks baby Moses out of the Nile. The Midrash reminds us that Batya knew exactly what she doing:

When Pharaoh’s daughter’s handmaidens saw that she intended to rescue Moses, they attempted to dissuade her, and persuade her to heed her father. They said to her: “Our mistress, it is the way of the world that when a king issues a decree, it is not heeded by the entire world, but his children and the members of his household do observe it, and you wish to transgress your father’s decree?”(3)

But transgress she did.

These women had a vision leading out of the darkness shrouding their world. They were women of action, prepared to defy authority to make their vision a reality bathed in the light of the day.

Retelling the heroic stories of Yocheved, Shifra, Puah, Miriam and Batya reminds our daughters that with vision and the courage to act, they can carry forward the tradition those intrepid women launched.

While there is much light in today’s world, there remains in our universe disheartening darkness, inhumanity spawned by ignorance and hate. We see horrific examples in the Middle East, parts of Africa, and Ukraine. The Passover story recalls to all of us—women and men—that with vision and action we can join hands with others of like mind, kindling lights along paths leading out of the terrifying darkness.

Ruth Bader Ginsburg is a Justice of the United States Supreme Court. Appointed by President William Jefferson Clinton in 1993, she is known as a strong voice for gender equality, the rights of workers, and separation between church and state.

Rabbi Lauren Holtzblatt is a rabbi at Adas Israel Congregation in Washington, D.C.. She is co-creator of two nationally recognized community engagement projects—MakomDC and the Jewish Mindfulness Center of Washington.

This essay is part of American Jewish World Service’s Chag v’Chesed (“Celebration and Compassion”) series. Written by prominent leaders, Chag v’Chesed draws on teachings from the holidays to inform our thinking about Judaism and social justice. AJWS is committed to a pluralistic view of Judaism and honors a broad spectrum of interpretation of our texts and traditions. The statements made and views expressed in this commentary are solely the responsibility of the author. To subscribe to Chag v’Chesed, please visit www.ajws.org/cvc. 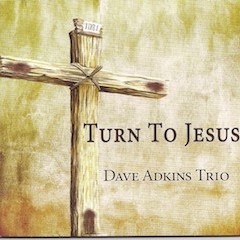