Spanish-born, NYC-based composer and accordion player Victor Prieto has discovered a whole new language for his instrument. In his hands, it trips and dances, growls and laughs. It captures all the luminous fluidity of a perfect jazz line, or bursts with dance-ready sensuality and wry humor.

From the town of Ourense in Galicia, Prieto’s roots extend into everything he does. Yet they do not limit his wild creativity, which springs from a love of jazz, a childhood spent in South America, surrounded by its sounds, and a willful fascination with pushing the boundaries of keys and bellows.

In the original pieces on his latest CD, The Three Voices, Prieto reimagines Celtic-inflected Galician dance tunes. Extracting every expressive nuance from simple sambas, exposing the core of timbre via overtone singing, it’s all part of the Grammy nominee’s decades-long exploration of genre and technique, recognized by everyone from Yo-Yo Ma to Arturo O’Farrill.

‘Papa Pin,’ written by accordion visionary Victor Prieto in memory of his grandfather, is featured on the artist’s new album The Three Voices. This live version, with Ramon Angel Rey on drums and Gonzalo Tejada on bass, is from a 2009 performance at the Zarautz International Jazz Festival in Basque Country, in Prieto’s native Spain.

“The accordion is the instrument that gathers people together to have fun. Even though in jazz it’s not a popular instrument, everyone who came to the U.S., say, they listened to the accordion all the time,” Prieto muses. “The importance of the accordion in American musical history is huge.” And Prieto is determined to write the latest, unexpected chapter in that history.

Prieto hails from Ourense, Spain, in Galicia’s musical and cultural heartland. Though Prieto’s parents moved to Venezuela for several years when Prieto was a boy, his mother insisted he keep his connection to his native culture by learning the region’s most beloved instrument, the accordion. “If you go to a party, an accordion is present. On radio, on TV, it’s all over the place,” explains Prieto. “When you talk about accordion, you talk about the identity of Galicia.”

‘Six Notes Samba,’ written by Victor Prieto, accordion, presented here in a live performance from 2015 at Café 393, as part of The Checkout—Live at Berklee program. With Chris Cheek on soprano sax, Carlo De Rosa on double bass and Vince Cherico on drums. The song is also featured on The Three Voices.

The spirit of Galicia is woven into Prieto’s work, both clearly and more subtly. He pens avant-muineiras, a popular accordion-driven dance form (“Muineira for Cristina” Pato, the ace bagpipe player). He pays tribute to his beloved grandfather, whose farm Prieto recalls with great sweetness. The full breadth of that feeling resounds in the touching “Papa Pin,” as Prieto’s accordion sings and sighs with surprising emotion.

Ourense and Galicia may be Prieto’s foundational inspirations, but they haven’t stopped him from leaping in other equally powerful directions. From the start, his music formed at the intersection of many international influences. Prieto’s accordion teacher in Caracas was Italian, and life in the Venezuelan capital introduced him to other styles and forms, from Piazzolla’s take on tango (“Michelangelo”) to folk traditions. 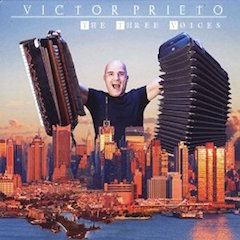 Prieto is not content to leave this exploration of color and timbre to his instrumental works, however. He also digs into unconventional realms of vocal resonance on tracks like “The Three Voices.” Prieto finds independent vibration for each vocal cord, creating his own haunting approach to overtone singing.

SELECTED CUT: From The Three Voices, ‘Rosa,’ by Victor Prieto

This willingness to play with tone and sound, with technique and form, has generated an entire vocabulary for Prieto. “My music is never one thing. It’s a mix of cultures, starting from the Galician roots. It’s the music I hear in my head,” says Prieto. “I want to show the diversity of the instrument through my roots, and by channeling all the music I’ve absorbed in New York over the last twenty years.” 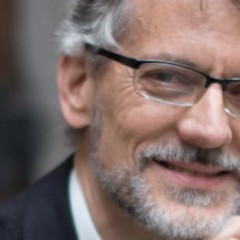 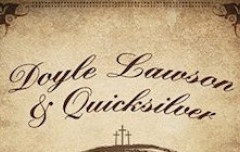