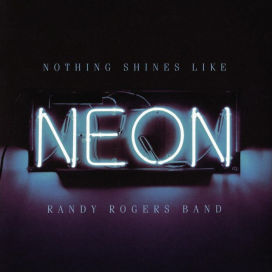 Shedding the disappointing mainstream country affectations (i.e., ’80s arena rock pretensions) of its past two MCA albums (2010’s Burning the Day and 2013’s Trouble), the Randy Rogers Band returns to the tough, New Traditionalist-rooted template of its career defining long players of yore. Being dropped from the Universal Music Group appears to have been a blessing, given the band’s revitalized energy and sound on Nothing Shines Like Neon, the first outstanding country album of 2016.

In the spirit of getting back to its roots, the RRB’s Nothing Shines Like Neon takes its title from a lyric penned by one Kent Finlay, who passed away two years ago but left a legacy of nurturing a raft of gifted Texas-based songwriters in the Wednesday night songwriter’s circle at his fabled Cheatham Street Warehouse in San Marcos, TX. His progeny, if you will, include James McMurtry, Tish Hinojosa, Hal Ketchum, Todd Snider and, not least of all, Randy Rogers. Go back to 1975, and a struggling George Strait and his Ace in the Hole band were appearing regularly at the Warehouse, but couldn’t get arrested in Nashville. Finlay and songwriter Daryl Staedtler joined Strait in driving the latter’s bare-bones cargo van (“two seats and an Army cot in the back,” Finlay recalled to Peter Cooper in the Nashville Tennessean in a 2014 retrospective) back and forth to Music City until MCA finally took a chance on Strait. It worked out. When Finlay passed away on March 2, 2014 at age 77, Strait declared to The Boot, “Country music—and just music in general really—lost a great friend today. …Sad day.” Go back to 2000, and the earliest version of the Randy Rogers Band released its debut album, Live at Cheatham Street Warehouse. Kent Finlay looms large in many artists’ stories and the vibe he cultivated at the Warehouse brought the RRB to the dance and infuses the approach to Nothing Shines Like Neon.

‘Look Out Yonder,” Randy Rogers Band (with Alison Krauss and Dan Tyminski), from Nothing Shines Like Neon

Give some props for this resurgence to legendary producer-songwriter Buddy Cannon, who is a master at guiding artists into the commercial realm without sacrificing their individual, traditional sound signatures. Indeed, the sizzle of Nothing Shines Like Neon’s uptempo workouts coupled to the reflective soulfulness of its quiet numbers echoes without imitating the RRB’s 2004 Radney Foster-produced breakthrough, Rollercoaster. It’s another masterful Cannon production.

Nothing Shines Like Neon blazes with fiery dancehall workouts (such as the rowdy bit of hard country philosophizing with a Rolling Stones flair in Bobby Rambo’s rocking “Takin’ It As It Comes,” with Jerry Jeff Walker trading gritty vocals with the sturdy-voiced Rogers) and thoughtful interludes along the lines of “Look Out Yonder,” a soft shuffle of a missive chronicling a touring musician’s undaunted spirit (“he’s a winner/he’s a loser/he’s a picker/he’s a chooser…he has no use for silver ‘cause his heart’s as pure as gold..”) given extra emotional pull via Brady Black’s lonely fiddle lines and the sensitive, harmonizing voices of Alison Krauss and Dan Tyminski. Jamey Johnson makes the album’s third guest appearance with a weary vocal on “Actin’ Crazy,” a bittersweet, midtempo, steel-kissed litany of a musician’s regrets over time wasted in frivolous pursuits (the chorus, with variations, goes: “All I know is/the rent’s as high as Willie/there’s no snow and everybody’s pretty/and the smoke makes everything seem hazy/and I ain’t getting’ nowhere in this life/actin’ crazy…”).

‘San Antone,’ Randy Rogers Band, from Nothing Shines Like Neon

That something different is going on here is evident from the opening track, the easygoing, acoustic-driven shuffle “San Antone,” with thoughtful, folk-flavored verses in which Rogers reflects on the duality he lives with as a working musician: feeling a sense of duty-based ethics to press on town to town, bringing his music to the people, even as he bypasses the stability beckoning in San Antone where “a girl waits for me.” In the soaring, fiddle-fired chorus he cries, “But you gotta go when you gotta go/like Crockett at the Alamo…” and in the end, ahead of another gripping outburst from Brady Black’s fiddle, Rogers asks only to be laid to rest “like Crockett at the Alamo/lay me down in San Antone.” Unlike the Consequentialism of “Actin’ Crazy,” both “San Antone” and “Look Out Yonder” (the latter written by Earl Bud Lee of “Friends in Low Places” infamy) depict the wandering troubadour in deontological terms—a moral obligation to embrace the mission without regard to outcome. Witness Randy Rogers as Neon Deon.

‘Things I Need to Quit,’ Randy Rogers Band, from Nothing Shines Like Neon

The album proceeds from “San Antone” to examine the complexities of relationships in the world Randy Rogers inhabits—as a working musician himself he stands in for the everyday Working Man long celebrated in, say, Merle Haggard songs–as reflected in his original tunes and in carefully chosen covers. The heart tugging country ballad “Neon Blues” casts a sharp eye for detail on a woman struggling to drink away the memory of a guy who dumped her and at the same time deter any would-be suitors because “she knows a drink or two and he’ll be off her mind.” Through the haze of a one-night stand—a haze evoked in the sludgy soundscape punctuated by Geoffrey Hill’s sputtering electric guitar howls—Rogers struggles to erase the memory of the one that got away in “Things I Need to Quit”—but a few songs later, in the urgency of “Meet Me Tonight,” practically a sequel, he’s beseeching his lost love for another chance: “Baby, meet me tonight/in a bottle of your favorite wine/kill me slowly like these cigarettes/I ain’t found a way to quit you yet…”

‘Pour One for the Poor One,’ Randy Rogers Band, from Nothing Shines Like Neon

Neon as symbolic imagery surfaces again in “Tequila Eyes,” a Strait-like ballad spiked with fiddle and electric guitar supporting the anguished lead vocal telling of a lonely gal seeking love in all the wrong places. Tenderness abounds, though, in a lovely, piano- and steel-based ballad, “Old Moon New,” a touching billet-doux to a gal whose affections inspire the singer to see the whole world in a fresh light. But it all comes “crashing down just before dawn” in the album closing “Pour One for the Poor One,” a possibly unintentionally humorous confession of having quit all his bad habits upon pain of abandonment, only to be abandoned anyway. He’s telling us this while sitting at a bar, “stuck here like a stool that’s been glued to a fool…so pour one for the poor one/such a sad sight to see/pour one for the poor one, poor pitiful me.” The storyline of Nothing Shines Like Neon is hardly complete at this point; rather, “Pour One for the Poor One” seems like the closing chapter of a story yet unfolding, given the introspective drift of Rogers’s own writing. Unfortunately, this album is shadowed by tragedy, with Kent Finlay’s 2014 passing and then with the 2015 death of Rogers’s week-old daughter, Rumer Rain (“She was beautiful in every way,” Rogers told Billy Dukes in a January 21, 2016 interview posted at Taste of Country. “Her brain, however, was very sick.”). “It could probably help me a lot to write about it,” he added, “but I haven’t touched it yet.” A few critics have complained about the new RRB album being too soft but its backstory explains why a sensitive artist would be taking it inside. In those feelings he’s trying to sort out is the making of a powerful personal statement. What we have now is a triumph on its own terms; what’s ahead is exciting to contemplate and anticipate. When the time comes, it’s clear Randy Rogers will deliver. 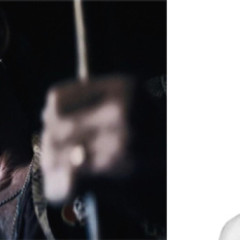 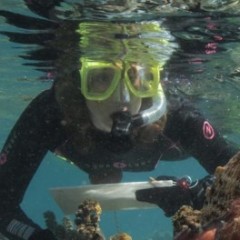