Arlo Guthrie, ‘When a Soldier Makes It Home’ (Live)

This Video Moment for the Ages selection grew out of a purely personal moment, the result of rummaging through boxes of forgotten lore while doing research for my book-in-progress Take Me Back to Tulsa: A Tale of Love & Friendship, Baseball & Rock ‘n’ Roll, which will be part memoir about a special friendship five boys shared in our youths on the north side of Tulsa, Oklahoma, and how that friendship–and our fates, it seemed–was inextricably linked to the fate of the Tulsa Oilers’ Double A baseball club of 1961 and the music we absorbed, studied, debated about and, indeed, sang together (tunelessly, to be honest, but sincerely). At the bottom of an unmarked box I found letters from my childhood friend Richard Moxley, dated 1970. They were sent from Vietnam, where he was doing his first tour of duty after being drafted the year before. It wasn’t long after receiving the last of the letters, in which he told of his platoon preparing to go into Cambodia—this, while the Nixon administration was insisting our troops were not going into Cambodia—that Mox’s mother called to tell me Richard had been seriously wounded but was still alive. After a few weeks he was back in the States, a patient at the hospital on the Army base in

Fort Sill, Oklahoma. When I made my first visit to him, his head was wrapped in bandages and his right side was paralyzed. While on river patrol, the boat he was in had been blown to smithereens by a mine, and all he now knew was that he had left part of his skull in that very river. After a solid year of rehab, he recovered from his terrible injuries, regained the use of his right arm and leg again and returned to the work force in Tulsa, first in construction before joining the U.S. Postal Service for the duration of his professional life. with his lovely wife and beautiful daughters. War had once reduced this former all-conference high school tackle to a disabled shell of his former robust self, but, never a quitter, Mox overcame his personal obstacles and now in retirement enjoys motorcycling and settling in at home with his lovely wife and grown daughters. When I reflect on his journey, I am completely possessed by the final words Charlie Sheen’s character speaks in voiceover at the end of Platoon: “Those of us who did make it have an obligation to build again, to teach others what we know, and to try with what’s left of our lives to find a goodness and a meaning to this life.”

One of our inviolable quintet, Steve Barnhart, was the only one of us to drop off the radar after high school. In many ways he had the most lasting influence on my life, as he was all about discipline. It started with sports:  “practice, practice, practice” was his mantra. Practice we did, without fail, for whatever season was at hand–baseball, football, basketball. We all became very good athletes, and it was Steve’s insistence on fitness and repetition that lasted far beyond the fields and courts of our youth right into our career pursuits, where it all paid off–literally and figuratively–to be able to work at a high level for longer than anyone else around us and to always be good to our word. Discipline, to Steve, began with not showing up for school all wrinkled and disheveled. “Look like you’re ready to learn,” he would say, and so on Sunday nights I could usually be found ironing my Sears & Roebuck shirts and jeans for the coming week. But along about 1967-68, my first year at the University of Oklahoma, Steve seemed to vanish from the earth. Neither I nor any of our childhood crew could locate him. Decades passed, and with them my hopes of ever seeing him again. Then, out of the blue in 2016, came a message from him on Facebook (turns out FB is not all bad), and we re-connected. Following eight years in service to our country as an enlisted Marine, he had returned not to Tulsa but to Wichita, Kansas, where he was hired as the physical education director for a local YMCA, a prelude to his next job, as a postal carrier, which he did for the remainder of his working life. A year later, following a gathering for retired postal carriers in Maryland, he drove up to New York City for an in-person reunion. He took to city life like a natural urban dweller, sampling exquisite NYC pizza from John’s of Bleecker Street, finding his way on the subway to the 9/11 memorial, and joining me at Yankee Stadium for his first in-person look at the team we grew up loving in Oklahoma, home of Mickey Mantle.  Looking back, I can see that the Steve I knew when we were lads was already preparing himself to be a perfect product for the Marines  with his discipline, his respect for order and his physical and mental toughness. My older brother, Sherman Cundiff, also was a Marine, but being 15 years my senior, he was more a father figure–the best kind of father figure–than a brother. Steve, only two years my senior, was the brother Sherman would have been to me had he been closer to my age. Calling your good friends “brother” is common these days, but in my case vis-a-vis Steve, it was the truth: sometimes I think nothing good ever would have come of my story had I never met Steve Barnhart in my most impressionable years, when I absorbed his lessons as gospel. In April of 2020, I called and sang “Happy Birthday” to him. Following some lighthearted chatter, I signed off with “Love you, brother.” In January of this year, Steve, afflicted with prostate cancer, passed away peacefully with his family by his side in a Wichita, Kansas, hospice–a soldier who served his country honorably and is now home. My “Love you brother,” and his returned “likewise, brother” were the final, fitting words we ever spoke to one another.

There are others close to me whose service I remember, honor daily and by which I am humbled: my classmate/teammate at Central High School, Steve Miller, who spent a 30-plus-year career  as a commander flying F4 fighter jets in the Air Force. Steve, the star of our Central High School 1966-67 basketball team, coached by the legendary Eddie Sutton, contributed to Deep Roots a touching tribute to Coach Sutton after word came of his passing in May 2020; another childhood friend, Remell Spencer, a full-blooded Kickapoo, taught me, oh, everything about Native American culture as we were growing up before he embarked on a career in the Navy upon graduating from Central High; Jack Dutton, from the old north side neighborhood and in many ways the closest of all my friends apart from Steve, also is a retired  career Navy man who served in Vietnam but prepared for rigors of his life’s journey by becoming a vital cog in the high-powered offense with which our junior high flag football team terrorized opponents, and on which Steve Barnhart starred as the deep threat, Jack as the possession receiver and yours truly as the quarterback; and, representing an earlier generation of national heroes, George Riser of Lyndhurst, Ohio, he of great character, staunch discipline and unwavering moral code. Now 97 years old, this WWII veteran was a Navy frogman assigned the dangerous task of underwater demolition during the war. After his dedicated service to our country, he went on to serve the greater good of our society as a beloved high school football coach in Ohio–much like Coach Sutton, Coach Riser’s former players revere him even more for the lessons he taught off the field and continue to reach out to him to express their gratitude for his guidance at a critical junctures in their lives.

Then there was Monty, another high school buddy, full name Dwight Montgomery Durham. He was the first in our Central High Class of 1967 to go to Vietnam. Maybe I didn’t know him as well as I thought, because my Monty was a peace loving soul,  a gifted thespian seemingly destined for–and indeed dreaming of–entering a drama program at a top-tier university. To this day I have no idea why Monty enlisted in the Army but enlist he did, con gusto. Some of the mystery of Monty that had shadowed and bedeviled me all these years was solved only days ago, when I stumbled across a website billing itself as “the Official web page of Vietnam veteran LRRP/Rangers who served in the 1st Cavalry Division from 1966 until 1972.” There I found a story headlined “Everyday Hero” by Katie Meisel. It tells of Monty Durham’s life and of what happened to him in Vietnam. I learned, to my complete astonishment, that the quiet, sensitive aspiring actor I knew underwent a dramatic personality change after enlisting. “He went from Beaver Cleaver to Rambo in 18 months” observes his best friend from childhood. After eight months in the Army he was a Sergeant in the three-year-old Ranger division and was known to his peers as “Bull.” On Thursday, April 10, 1969, while engaged in combat in the Tay Ninh province of South Vietnam, Monty suffered fatal multiple fragmentation wounds. He died with two Purple Hearts, a Silver Star medal and a Bronze Star on his resume. Posthumously, as I learned only a year ago, he became a father. His grown daughter, Stephania Ryan, now lives in California and is on her own quest to assemble the puzzle pieces of her father’s life so that she might know him better. Now, when I put my hand to his name as it’s engraved in Panel 27W of the gabbro of the Vietnam Veterans Memorial Wall in Washington, D.C., my reflection stares back at me, always searching, wondering, Why? Why?

So when I stumbled upon this Arlo Guthrie video, it brought back those times, how Mox was never honored for his service and sacrifice; how Monty was buried without fanfare in Fort Gibson National Cemetery in Fort Gibson, Oklahoma, but was at least back on native soil and in peace. I am reminded that the men and women serving in our armed forces today are coming back Stateside with too little of the respect and compassion they deserve, much less the services they need to adjust to civilian life and to overcome horrific injuries, physical and otherwise. Who among them deserves to walk the “long and lonely road” Arlo sings of? As I ruminated on my personal connection to the Vietnam War, I wonder why we remember these brave souls with but two special days a year (Memorial Day, honoring those who died in service to their country, and Veteran’s Day)? So make every day Veteran’s Day, I say, and treasure Arlo’s song “When a Soldier Makes It Home” as a powerful reminder of things we need remember most if we are to find a goodness and meaning to this life. -–David McGee, New York City, Memorial Day, 2015; updated on Memorial Day, 2021. 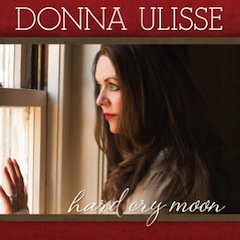