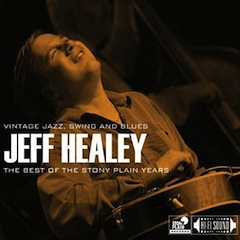 THE BEST OF THE STONY PLAIN YEARS: VINTAGE JAZZ, SWING AND BLUES

Jeff Healey was so formidable a blues and blues-rock guitarist that an important aspect of not merely his art but his very being was too often underplayed in otherwise learned and loving tributes to him published in the wake of his death on March 2, 20008. This latest installment in Stony Plains’ ongoing “Best of” series (the Canadian roots music label will mark its 40th anniversary next year) is a splendid reminder of Healey’s devotion to classic jazz and swing, which occupied most of his latter years, to the tune of four such albums that showed off not only his mastery of traditional jazz guitar styles but also his solid trumpet playing and affecting vocals. Anyone with a love or even passing interest in this music ought to be inspired enough by the dozen samples contained on Vintage Jazz, Swing and Blues to explore the amazing catalogue Healey compiled in this style and maybe even go farther and track down the original source material as well.

Stony Plains founder Holger Petersen called Healey “a musicologist and serious record collector” in noting the artist’s library of some 30,000 78 RPM discs from the ‘20s and ‘30s, and there is other evidence to indicate the extent of Healey’s infatuation with the music of this bygone era. As a 14-year-old he was already broadcasting on CBC Radio, and later landed a show at JAZZ.FM91. But upon releasing his first Jeff Healey Band album in 1988, he was immediately recognized as a formidable electric blues and blues-rock guitarist/vocalist and thereafter began selling truckloads—millions—of records worldwide. Come 2005, though, weary of the road and the rock star life, Healey shut ‘er down, telling anyone who would listen he wanted to focus on recording the classic jazz that was closest to his heart, as he demonstrated on two such albums released by Stony Plain in 2002 (Among Friends) and 2004 (Adventures in Jazzland). He started 2005 on a high note—a live album, It’s Tight Like That—with the legendary British trombonist/band leader Chris Barber sitting in, detoured back into blues-rock on 2008’s Mess Of Blues (title track by Doc Pomus, originally recorded by Elvis Presley) and won the Blues Foundation’s “Rock Blues Album of the Year” award for his efforts, then got back to where he once belonged on his final studio CD, Last Call, a posthumous release (2010).

‘Pardon My Southern Accent’ (written by Johnny Mercer & Matty Malneck), featuring Reide Kaiser’s piano, Danny Douglas’s trombone, Jessie Barksdale’s Django-ish guitar and Healey’s robust trumpet and warm vocal delivery of a tune Mercer co-wrote early in his career that was not a hit but did gain him some early notice as a promising songwriter after his unsatisfying stint with Paul Whiteman’s orchestra in the early ‘30s. Featured on The Best of the Stony Plain Years: Vintage Jazz, Swing and Blues

The tracks here are drawn from all those classic jazz albums and augmented by a delightful romp through a live version of “Sweet Georgia Brown,” with Drew Jurecka channeling Stephane Grappelli to a T on violin; Healey delivering a swinging lead vocal complete with an impressive couple of measures of scatting and a tasty, economical guitar solo that would have made Eddie Lang smile; scintillating sax and trombone solos by, respectively, Christoper Plock and Chris Barber; a killer acoustic bass solo by Coin Bray, working interesting changes on the basic melody; rollicking piano courtesy Brian Graville; and Healey again, bringing it all home on trumpet with a soaring, electrifying set-to with Barber’s roaring trombone. To sweeten the treat that this cut is, it has previously been available as a promo-only release on the 30 Years of Stony Plain sampler released in 2006.

There’s much to cherish here: the easygoing, assured swing of the Burt Kalmar-Harry Ruby everygreen from 1930, “Three Little Words” (from Adventures in Jazzland, 2004) featuring an engaging Healey vocal and spirited solos from Dan Levinson (clarinet) and Tom Fletcher (cornet), a rocking piano workout by Reide Kaiser and Healey taking off on a serpentine Django-worthy guitar sortie on what sounds like a vintage Selmer guitar. The spirit of the abovementioned Eddie Lang rises early, on Lang and Joe Venuti’s “The Wild Cat” (from Last Call), when Jurecka sprints through a multi-textured violin solo while Healey shadows him Lang-like with muscular rhythm guitar. Healey wouldn’t be anyone’s idea of a classic crooner, but he could invest a sensitive lyric with undeniable feeling—he does so in a lighthearted manner on “Three Little Words” and is even more affecting balancing the melancholy and romantic poetry of Hoagy Carmichael and Mitchell Parish’s “Star Dust,” with mood enhancers supplied by his own evocative trumpet, Plock’s smoky tenor sax and Roberto Rosenman’s lovely guitar solo.

You would have to be dead to resist the sheer joy the band takes in its live rendition (recorded at the Montreal Jazz Festival 2006 and released on It’s Tight Like That) of “The Sheik of Araby,” a jazz standard dating to 1921, here with Healey barely keeping it together as the band chants “with no pants on!” between his lyric lines, a la a 1936 recording by the Don Albert band that was quickly banished from the airwaves. The casual swing of “Pardon My Southern Accent” is promulgated in a style worthy of the Preservation Hall Jazz Band, with tasty, uplifting solos making the rounds of the track via Reide Kaiser’s piano, Danny Douglas’s trombone, Jessie Barksdale’s Django-ish guitar and Healey’s robust trumpet and warm vocal delivery of a tune Johnny Mercer co-wrote early in his career that was not a hit but did gain him some notice as a promising songwriter after his unsatisfying early ’30s stint with Paul Whiteman’s orchestra.  Another genial offering, “My Honey’s Lovin’ Arms” (a big hit from 1922 co-written by the formidable Joseph Meyer and Harry Ruby), has a warm spirit about it, thanks to Healey’s engaged singing and its energetic, New Orleans-centric round of solos by Fletcher (coronet), Levinson (wailing on clarinet), Healey (a fine lower strings discourse) and Kaiser (skipping across the ivories with aplomb and spirit, as he does throughout the selections here).

A remarkable artist, Jeff Healey left behind simply wonderful music in a variety of styles. He never sounds less than authentic (he even distinguished himself as one of the finest interpreters of Beatles songs), but the delight he took in vintage jazz and swing brought out the best in him, and he in turn brought out the best in his bandmates. In some hands these songs are always old, even petrified, as artists seek to “preserve the art”; Jeff Healey found each tune’s beating heart and breathed new life into it until he made it his own. Listen. He lives on. 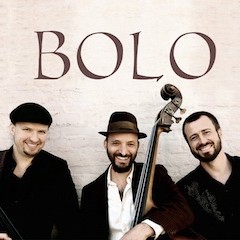 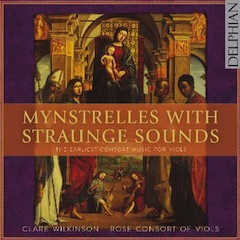