An outstanding practitioner of the Great Brazilian Songbook, Catina DeLuna and her gifted pianist husband Otmaro Ruiz, along with the superb musicians assembled as Lado B (or “Side B,” its meaning explained in insightful liner notes by Tierney Sutton—an outstanding practitioner of the Great American Songbook—as “the flip side of the LP where some unnoticed gems may be found”), have created an invigorating and often beautiful journey replete with unexpected textures and rhythmic and harmonic shifts that perfectly complement Ms. DeLuna’s seductive singing much as her vocal attack meshes impeccably with the musicians’ adventurous spirits. Or as Ms. Sutton accurately observes: “…the featured artist here is the ensemble: a living, breathing unit, caressing these arrangements with musicality and gorgeous playing by all involved.”

So it is that the message on these 11 tunes (including three by Jobim and another, “Encontros e Despedidas,” co-written by Milton Nascimento with Fernando Brant) is in what is being played as much as it is in what is being sung and how it’s being sung. Such an approach can produce dry, clinical results—technically invigorating but emotionally barren—but Ms. DeLuna cannot sing a note without feeling it, however much she’s being a technician in a given arrangement. That’s evident from the start, on the foreboding intro to “Lavadeira Do Rio,” in the ache in her voice when she rises in pitch over the spare, piano-rich atmospherics; but the song soon opens up into its second part, which happens to Egberto Gismonti’s “Maracuto” with a rich, swirling atmosphere underpinning her ethereal attack, with an exotic flourish provided by Otmaro Ruiz’s folky accordion and a gentle, romantic flavor arising from the lush, hollow body guitar lines constructed by guitarist Larry Koonse, with added depth courtesy the call-and-response between Ms. DeLuna and the Vamp Choir (which, to American ears of a certain generation, will recall Sérgio Mendes and Brasil ’66). American ears of several generations will recognize the opening strains of “Garota de Ipanema,” aka “The Girl from Ipanema,” but this six-and-a-half-minute versions quickly darts in a different direction and at a different tempo as it becomes an exercise in theme and development led by Ruiz’s delightful, arpeggiatated Vince Guaraldi-like styling’s, which follows Koonse’s ruminative, thoughtful nylon string guitar solo, all of which sets up Ms. DeLuna’s silky, fetching return to the song’s traditional verses—by the end of the invigorating workout you can hear her smiling in satisfaction as she winds down this most unusual approach to a classic song.

‘Fotografia,’ written by Antonio Carlos Jobim, as performed by Catina DeLuna & Lado B on Brazilian Project

Which is not to suggest there are no straightforward, heartfelt, even poignant moments. The best of these is heartbreaking “Contrato De Separação” (or “Separation Agreement”) in which the singer contemplates the end of a relationship in muted, restrained tones, trying to come to grips with the hard facts; her despair is underscored by a noir-ish arrangement keyed by piano, flute (soft, tender and fluttering in a masterful, delicate touch by Bob Sheppard) and percussion at a medium cool ebb—and it is indeed ebbing and flowing under the vocal, with the long, lean lines fashioned by bassist Edwin Livingston sounding like a wounded cry all their own. A scintillating arrangement of Jobim’s “Double Rainbow,” titled “Chovendo Na Roseira” (“Raining on the Rosebush”), is dedicated to “our dear friend Christopher Mello,” who is not otherwise identified. A Google search revealed pages of results for a high achieving young man named Christopher Mello, who was a passenger on the first plane hijacked and turned into a bomb on 9/11; Jobim’s Portuguese lyrics are both sorrowful and hopeful, and Ms. DeLuna’s soft, caressing vocal evokes that duality. She’s backed by a robust gospel choir chanting “Here comes the rain! Here comes the rain!”—after she has sung the first English lyrics on the album, “You belong to no one/you belong to no one”–as the arrangement flowers from meditative, spare bass and piano solos into a brisk, intertwining, triumphant dialogue among the instruments. Whichever Christopher Mello is being honored here, this treatment, in celebrating and mourning life all at once, hits the emotional mark squarely. When the album closes with Jobim’s wistful lover’s end-of-day lament “Fotografia,” It seems the most ideal, contemplative farewell, with tender solos from piano and guitar and the romantic, humming strains of an accordion accentuating the memory the singer recalls of “that kiss…that kiss.” Brazilian Project (a debut album funded through Pledge Music, and only Ms. DeLuna’s second as a band leader) engages the senses on multiple levels but also honors the human equation informing its songs’ narratives. At every step the musicians make the right choices. 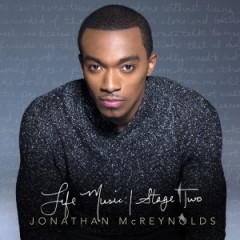