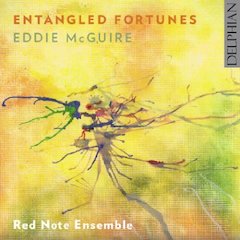 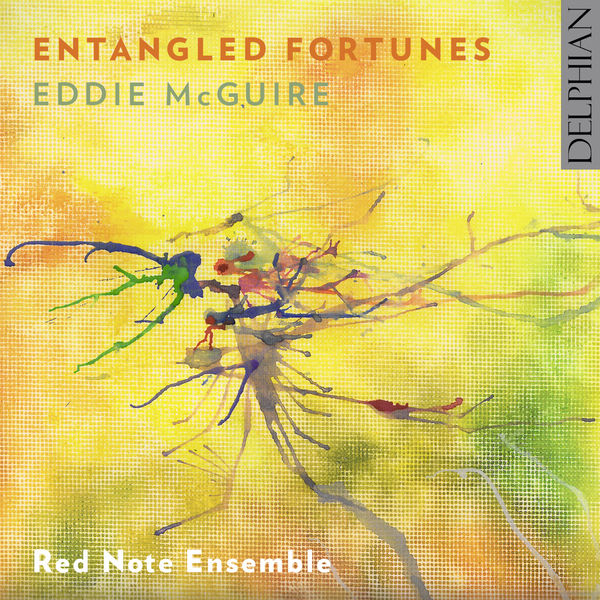 Edward McGuire is a Scottish composer whose music combines a ruggedly independent spirit, with seriousness of purpose and a lively infusion of Scottish traditional music. On this new disc, Entangled Fortunes (from Delphian Records), we hear five of his major chamber pieces, played by members of the Scottish contemporary music ensemble Red Note. The works—Elegy, Euphoria, String Trio, Entangled Fortunes and Quintet 2—were created over a 30-year period and are testimony to a fertile imagination and an often creative engagement with Scottish music.

Edward McGuire (born 1948) studied composition at the Royal Academy of Music (with James Illife) and in Stockholm with Ingvar Lidholm. But these bald facts do not really help introduce his music. Perhaps of equal relevance is the fact that McGuire is a Marxist, writes music simply because he has to, and plays the flute with the Scottish traditional music group The Whistlebinkies. But whilst echoes of Scots music occur throughout this disc, the music is robustly independent and finely constructed. It eschews ingratiating obviousness; this isn’t neo-folk music nor light music, and instead uses a strength of construction which requires a seriousness of purpose from the listener but pays rewards. The five works on the disc are all substantial single movement pieces, each lasting between 10 and 16 minutes.

Written in memory of the composer Eddie McGuire’s father, it contains “songs my father’s male voice choir used to rehearse in our home in my pre-teenage years.” It is sparse work, thoughtful and serious in which fragments of lyric melodies, snatches of the dimly remembered songs, weave their way through the complex texture.

The pieces are played by members of Red Note Ensemble, namely Jacqueline Shave (violin), Jane Atkins (viola) Robert Irvine (cello), Ruth Morley (flutes), YannGhiro (clarinets), Simon Smith (piano), Tom Hunter (percussion). Red Note was founded in 2008 and plays a highly varied repertoire of contemporary music with a number of major collaborations such as their Reels to Ragas project with tabla player Kuljit Bharma and piper Fraser Fifield. During 2015 they are performing a new song cycle by Rory Boyle with mezzo soprano Karen Cargill, and in 2016 will be giving a European tour of Louis Andriessen’s De Staat with Antwerp-based ensemble I Solisti. They run their own informal new music events, Noisy Nights, in Edinburgh and Glasgow.

The first work on the disc is Elegy, written in 1991 for the Coker-Manson Trio and scored for violin, cello and piano. It was written in memory of the composer’s father and contains “songs my father’s male voice choir used to rehearse in our home in my pre-teenage years.” It is sparse work, thoughtful and serious in which fragments of lyric melodies, snatches of the dimly remembered songs, weave their way through the complex texture. Scots folk music is evoked and hinted at, but this is folded into a texture all of McGuire’s own, which has a robust sense of purpose and determined seriousness. There is a sense of memory about the piece, but it is never maudlin.

Euphoria was written in 1980 and first performed by Peter Maxwell Davies and the Fires of London at the Edinburgh Festival. The work’s title comes from a play by the Scottish writer Marianne Carey and McGuire’s initial plan was to link each of the seven sections of the piece to characters from the play. It is scored for violin, cello, flute/piccolo/alto flute, clarinet/bass clarinet, piano and percussion (marimba, temple blocks and bamboo wind chimes). It starts as a perky, mosaic-like texture full of delightful energy and humor. Stravinsky of the Soldier’s Tale is clearly an influence, but throughout McGuire plays delightful games with the different textures of the music and combinations of instruments, percussions and such. At one point we whirl briefly into what sounds like a cèilidh.

String Trio, written for violin, viola and cello, dates from 1986 and was premiered by the Nash Ensemble at Bracknell’s Wilde Festival. Premiered in the Summer of 1986, the composer talked of it having “a suitable seasonal feel” but it is a very varied and temperamental Summer. It starts with a serious, intense sustained texture disturbed by occasional flurries, developing moments of anger and energy. There are echoes of minimalism at times, and a Scots tune heard in the distance as if a cèilidh was taking place next door whilst something momentous was happening closer at hand; we also get an element of Salm (Gaelic psalm singing) with its unstructured texture based on multiple voices improvising on a single melody. Finally, eatherial harmonics lead to quiet stasis.

The work was inspired by aspects of Sir James Mirrlees’ work in political economics. McGuire gives the four instruments distinct, interweaving lines. There is a seriousness of intent here, and the source material gives no hint of Scots music. Serious though it may be, it is skittish at times before ending in a highly rhythmic fashion, almost as a jazz tango.

Entangled Fortunes, which gives the disc its name, is for violin, clarinet, cello and piano and was commissioned by the wife of Sir James Mirrlees, Emeritus Professor of Political Economy at Cambridge. It was performed, with music by Peter Maxwell Davies, Alexander Goehr and John Woolrich, at a gala concert her husband hosted at Cambridge in 2002. The work was inspired by aspects of Sir James Mirrlees’ work in political economics. McGuire gives the four instruments distinct, interweaving lines. There is a seriousness of intent here, and the source material gives no hint of Scots music. Serious though it may be, it is skittish at times before ending in a highly rhythmic fashion, almost as a jazz tango.

Quintet 2, for violin, cello, flute, clarinet, piano, was commissioned by Lontano, who performed it in 1987. It begins quietly, ominously, full of cries and whispers. McGuire said it “marked a return to more dramatic, atonal music in contrast to my first Quintet (1989).” Throughout McGuire uses the instruments in a mosaic-like texture and the results get very, very intense.

The music gets extremely fine performances from Red Note with unwavering purpose and a clear sympathy with Edward McGuire’s idiom, creating some highly beautiful textures. 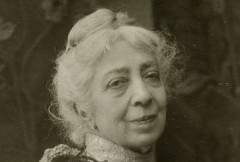