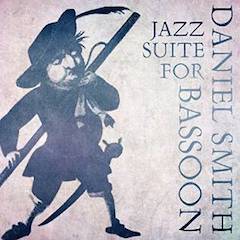 Outside of classical music lovers, the bassoon is likely far down in the consciousness of most music fans. But from the time the woodwind instrument evolved from the dulcian in the 18th century, the bassoon has had champions that have seen it as capable of more than bass line reinforcement, as was its job in early orchestras. Among the composers credited with bringing the instrument out of the orchestral shadows are the Haydns Joseph and Michael, Johann Christian Bach and one Wolfgang Amadeus Mozart, whose Jupiter Symphony features prominent bassoon solos in its first movement.

In the 20th Century the bassoon breached its orchestral origins and slipped occasionally into the jazz and rock worlds (as per the latter, it’s used in hit singles by The Turtles [“Happy Together”], Smokey Robinson & The Miracles [“Tears of a Clown”] and Donovan [“Jennifer Juniper”}, among others), beginning the ‘20s when Paul Whiteman featured it in his popular orchestra and on into the ‘60s when Yusef Lateef made it a part of his groups. In this century the bassoon has cropped up in unlikely places and often with wondrous results. One of those instances was chronicled in the November 2011 issue of TheBluegrassSpecial.com, upon the release of a daring solo bassoon album by Rachael Elliott, Polka the Elk. When she’s not teaching at prestigious music schools around the country, Ms. Elliott assumes the bassoon position in the progressive New Music ensemble known as Clogs. Ms. Elliott’s album featured new compositions by visionary New Music composer Padma Newsome plus a Clogs track omitted from the group’s 2010 album The Creatures In the Garden of Lady Walton.

It is now 2015, and if any bassoon albums of note have come down the pike, they have escaped the attention of your faithful friend and narrator—save for one, Jazz Suite for Bassoon, an exhilarating foray into jazz, classical and ragtime compositions by Daniel Smith, one of the foremost bassoonists extant, who has busied himself with exploring the instrument’s versatility and tonal potential while expanding its appeal to contemporary audiences.

His latest endeavor in this regard is a big winner. In addition to being a captivating musical experience, Jazz Suite for Bassoon is something of an overview of the bassoon in history, as Smith explores Baroque compositions by Vivaldi, JS Bach, Henry Purcell and William Byrd; rags by the master of the form, Scott Joplin (with the Caravaggio Ensemble); and the title composition, a new work by pianist Steve Gray, that showcases the bassoon’s warmth, wit and humanity in stimulating dialogues with a jazz ensemble.

That Smith should open with Vivaldi’s lively Allegro from Concerto in Bb is no surprise, since he holds the distinction of being the first to record all 37 of the composer’s bassoon concerti. Whereas Smith’s bassoon provides the Baroque flavor, pianist Bruce Boardman, bassist Terry Davis and, on brush drums, Martin Drew, bring a modicum of swing Vivaldi might well have appreciated in edging his Allegro into light jazz territory. On the other hand, another Vivaldi offering in this section, Largo (the slow movement of his 26th piano concerto) is appropriately dark and somber, with Davis’s subdued bass adding the slightest suggestion of jazz underpinning. From four centuries ago comes William Byrd’s elegiac Pavan: The Earl of Salisbury (which Earl of Salisbury we don’t know—when this was written it could have been for any one of seven Earls, including one woman who held the title), written originally for harpsichord. With Boardman and Davis ruminating quietly behind him, Smith delivers the haunting melody with exquisite tenderness, ranging from the bassoon’s aching high pitch to its low, portentous moan. Although Smith again provides the Baroque ambience for Henry Purcell’s Air for a Ground Bass, this medium-cool reading finds Boardman and Davis subtly and softly swinging their parts to the point where, as Michael J West points out in his liner notes, the whole enterprise has the feel of a Modern Jazz Quartet recording, with Smith’s bassoon supplanting Milt Jackson’s vibes. Baroque minus Bach is unthinkable, of course, so Smith concludes the quintet of numbers in this section with JS’s Badinerie, featuring an especially sprightly bassoon lead flitting over Drew’s high stepping brush and cymbal work. Smith, in fact, is playing a part Bach wrote for piccolo flute, hence the slightly higher middle range he employs in keeping with the exuberant approach.

For a trio of Scott Joplin rags (“The Chrysanthemum,” “The Easy Winners,” “Original Rags”) Smith is joined by pianist Jonathan Still and the Caravaggio Ensemble string players. In its day “The Chrysanthemum” was both hailed and rebuked for its “syncopation gone mad,” but in this Baroque-tinged interpretation Smith reins in the syncopation but only to the point where it achieves the period feel with the string ensemble behind the bassoon. “The Easy Winners” is purely Joplin in his own time, with the bassoon in spirited staccato runs while, as West observes in his notes, the cello and viol hit the accent and the violins take the off-beats, with the slightest hint of Stills’ piano surfacing here and there. On “Original Rags” Smith and company kick out the jams, so to speak, with Smith charging ahead with dazzling rhythmical runs and the violins chasing him at every turn in an action-filled two minutes-sixteen seconds.

The Allegro section of Steve Gray’s Jazz Suite for Bassoon begins with a familiar, understated and slightly dark swinging section that sounds for all the world like the theme song from a cool ‘60s detective show, such as Burke’s Law. The Suite itself has that quality of evoking the Kennedy years and maybe Playboy After Dark, the swinging pre-Beatles ‘60s. Perhaps one needs to be of a certain age to recognize this but, regardless, it does have a suave, Brubeckian feel in the Allegro and Finale. To some ears the Ballade section, alternately moody and romantic, echoes the ‘60s as well, specifically the soundtracks of French New Wave films (and of the French New Wave’s benefactor, Italian Neorealism), with a dash of Mancini by way of Jim Lawless’s delectable vibraphone and Mitch Dalton’s guitar. It’s a wonderful piece in toto, with Smith’s bassoon taking delightful solo flights (the soaring final section of Ballade, when he surely reaches the upper limit of his instrument’s range, is especially breathtaking) buttressed by expressive support courtesy Steve Gray’s piano while bassist Roy Babbington and drummer Mike Smith add ballast and colorful percussive fills, especially in the Finale’s carefree early passages when Smith’s bassoon is at its most humorous.

Think the bassoon can’t be entertaining or deep? Think again. The title Jazz Suite for Bassoon may sound clinical but the music inside, apart from being performed flawlessly, has an abundance of heart, and at times it even touches the heart. Like Charlie Brown’s Christmas tree, it just needs a little love. That’s where you come in, dear readers. 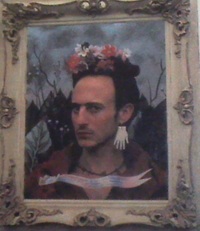