WHERE THE PAVEMENT GROWS

As to what kind of artist Kimm Rogers really is, well, it’s possible even she doesn’t really know. A singer-songwriter, to be sure, she is, but her wild reddish mane covers a poet’s brain and sensitivity, whereas farther south beats the heart of a rock ‘n’ roller. One prominent critic has compared her, not always favorably, to Maria McKee; yours truly hears more of Natalie Merchant in her reedy timbre and the way she has of often standing outside her stories watching herself react, now with wry detachment, now with an abiding ache for something lost that may never have been gained in the first place, now with joy for anticipated pleasures (which implies a willingness to take the pain of disappointment as well). Another critic hears her on a country-rock path; conversely, the magazine Stereo Embers named her #11 on its list of “Fifteen Coolest Women In Rock and Roll”.

While you, dear reader, contemplate matters of artist identity in light of the above observations, there’s plenty to enjoy in the music you will find in Ms. Rogers’ neighborhood on this, her third album, but first long player since her 1992 release on Island/Polygram, Two Sides (which was preceded in 1990 by her harder edged debut Island release, Soundtrack of My Life). Perhaps an explanation of the interregnum is in order.

According to Ms. Rogers’s bio, she was born in Cleveland but grew up on Los Angeles’ east side where she “fell in love with tacos…kept looking for snow…saw an ocean full of promise…hopped trains to school with kids whose family members were in gang” and had a sister with cerebral palsy “who taught us about love.”

Kimm Rogers, ‘Rain,’ from Where the Pavement Grows

In high school she got her first guitar and became enthralled by Joni Mitchell’s Blue and the fifth Led Zeppelin album and “fell in love with words.” With the help of her mother and Bob Dylan songbooks she mastered a few chords, started making up songs “and folks listened.” On to Nashville, where she “got booed, got loved, got told ‘go to la or new york.’” Back in the City of Angels she met the band The Rave-Ups, fronted by the gifted Jimmer Podrasky, played on bills with the Williamses Lucinda and Victoria, had lightning strike with her song “Train to Nowhere” when Island signed her—and then dropped her. Which sent her to, of all places, Idaho, “a good place to be after earthquakes and lost record deals and broken hearts,” and on to college for five years. Upon graduation more roaming ensued (a stint in AmeriCorps, teaching music to disabled artists, etc.), then back to California she went, where she was met by “family love,” old friends and renewed vigor for her music. She was introduced to producer Julian Coryell and “it feels like I am home and in the presence of a genius, but most importantly we have the same hair. I think we might be kin.” Where The Pavement Grows is the result of their hirsute union, “the record I have waited all my life to make.”

Kimm Rogers with a live acoustic version of ‘Gravity’ from Where the Pavement Grows. Accompanied by the Rave-Ups’ Jimmer Podrasky.

Why Stereo Embers would rank her in the top tier of women in rock ‘n’ roll is evident in touches such as the chugging guitars in “Twenty-Three,” the seemingly tongue-in-cheek synth-pop flourishes in “Change,” the guitar-driven crunch of “Eventually,” the synth underpinning and chiming guitar of “Valentines Day” (the first few bars of which sound like a quote from The Cascades’ “Rhythm of the Rain”). Why others would hear an affinity for country-rock can be explained by such phenomena as the country-inflected melody of “As Good As It Gets,” which sounds, in the vocal’s tenderness, in the sumptuousness of the harmonized chorus, in the lyrics’ fatalism, like it could have been an early Judy Collins gem; the driving, southwestern flavor and slide howls of “Star Filled Canopy”; and the thick-textured Dylan-like setting of “Gravity.”

Be reminded, however, of Ms. Rogers’s confession of having fallen in love with words at a young(er) age. Throughout Where the Pavement Grows the listener will be struck by the artist’s alternately frank and whimsical-but-wise deployment of the language—the artist as verbal sculptor, as it were. Hear it in the unvarnished truth of “human nature almost always deceives me” (from “Where the Pavement Grows”); in the skeptic romantic’s observation of “the greener grass is just a little too green” (“Star Filled Canopy”); in the pithy summation of a relationship’s odd configuration (“…there’s pie in the sky and dirt on the ground,” from “Gravity”) and in the existential plaintiveness of “I’m not killing time, it’s killing me” (“Eventually”); in the blunt assessment of life its ownself as most of us know it (“one minute you know it all, the next one it’s all strange,” from “Change”). To those readers now thinking Ms. Rogers may be too clever by half, be advised that Where the Pavement Grows contains as many or more moments when she fashions the language not in service to epigrams but rather in service to her heart, as in “I’ve been wondering if it’s safe to say/that someday there will be some day/as our plans and tears trickle away/into the garden where the pavement grows” (from “Where the Pavement Grows”) and, from “Rain,” “and our love’s contemplation has robbed me of my sleep for endless nights/but if I water you with kisses, do you think our love will grow up big and tall…and rain on us all,” to cite but two examples.

Where the Pavement Grows

SELECTED TRACK: Kimm Rogers, the title track from Where the Pavement Grows

But these are songs, not poems, and cut after cut the musical presentation makes it, sometimes twice over. “Rain” opens the album on a soft, contemplative, folk-flavored note, all acoustic guitar strumming with discreet, Daniel Lanois-like electric guitar surges underneath the forthright singing; “Gravity”’s beautiful melody is explored sensitively in a majestic arrangement with stirring dynamics between the probing vocal and muscular instrumental undertow of guitar and organ; in “As Good As It Gets,” she wonders if she and her paramour have the will to focus on the loving rather than the hurtful moments in an effort to move forward together, her monologue framed in a delicate, shuffling arrangement as she boldly assesses the state of the union, hoping the couple can find “a way to handle this.” A truly beautiful song, “Where the Pavement Grows,” though it has a delicate underpinning of guitar and drums, is effective enough with only Ms. Rogers’s aching vocal and Mr. Coryell’s sensitive keyboard support as she dissects the spiritual challenge of growing in a relationship—“life is hard, faith is hard/when everything that surrounds us is so concrete,” a lyric that in fact references what she’s been singing about time and again on this disc, namely the lack of fluidity in relationships that stunts real growth together. The mark of an album with legs, so to speak, is how it deepens, how it reveals more with repeat listenings, no matter the positive impression it makes upon first blush. So it is with Where the Pavement Grows, which in the end asks the same, simple question one Mr. Rogers used to ask when he invited us into his Neighborhood all those years: “Would you be mine? Could you be mine?”

It’s a beautiful day in this neighborhood. 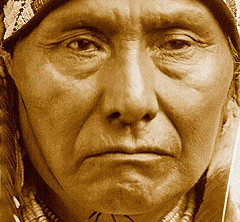