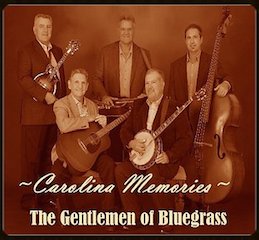 The Gentlemen of Bluegrass

Yes, this is third quarter 2014 release but when we have overlooked a record this good, no matter when it appeared, it behooves us to weigh in on it, so sure are we of it improving our readers’ lives.

Based out of North Carolina and deeply traditional, the Gentlemen of Bluegrass have a Tar Heel ace in the hole on their side in the form of beloved bluegrass veteran and advocate (and nifty mandolinist, let us add) Lorraine Jordan, who produced the disc and with engineer Wesley Easter fashioned a clean, live sound with the outstanding vocals mixed hot up front. Beyond her production mastery, Ms. Jordan also sits in on rhythm mandolin on eight cuts and wrote two of the uniformly excellent 14 songs in the program.

To understand fully the Gentlemen of Bluegrass it’s useful to be familiar with the oeuvre and legend of a group of other gentlemen of towering stature in the bluegrass world, namely the Country Gentlemen, as well as the influential, enduring—and groundbreaking—work of progressive pioneers Seldom Scene. No less than five songs are associated with those two groups, and Ms. Jordan pays moving tribute to the Scene’s late mandolinist and guiding light John Duffey with an elegiac bluegrass lament, “Tribute to John Duffey,” that tenor lead Julian Rowland brings home with vibrant emotion as Jan Johansson picks tasty, succinct, Duffy-like lines around the melody.

SELECTED TRACK: ‘Waltz of the Angels,’ a Flatt & Scruggs tune by the Gentlemen of Bluegrass from their debut album, Carolina Memories

Which is not to suggest these Gentlemen are some kind of tribute band. Hardly. In Danny Stanley they have not only a solid rhythm guitarist but one of the finest lead singers in bluegrass or country—yes, country, in that his deep baritone voice, so expressive and rich, hearkens back to a certain timbre of male voice omnipresent in mainstream country in the ‘50s and ‘60s (other critics have compared him favorably to Jim Reeves, and rightly so, but when he climbs the scale a smidgen I hear a little Leroy Van Dyke, among others, in there). To say they don’t make ‘em like that anymore is an understatement. Along with Stanley, Rowland (who doubles on mandolin) and Johansson, the lineup features Tom Langdon (resonator guitar, baritone vocals), Randy Smith (banjo) and Greg Penny (bass). Guest Josh Goforth adds evocative fiddle support on several cuts as well.

Ms. Jordan’s self-penned title track opens the album and sets the tone to follow. “Carolina Memories,” a lively shuffle sparked by Penny’s aggressive banjo with Langdon’s reso fills adding an underlying poignancy, finds Stanley singing in the voice of a fellow who’s wandered far from home and longs to get back to where he belongs, back to his essence and roots, which turns out to be one of the album’s main themes. One of those Country Gentlemen tunes, “Traveling Kind,” is a briskly paced narrative of a lonely man who feels destined to wander his whole life through, with the twist being his recognition of class distinctions ennobling him, articulated in Biblically inspired language, nigh on to a Proverb: “The rich man has no use for me/nor have I any for he/he’ll judge a man by the clothes he wears/judge I a man by the burden he bears.” The travails of a rootless life are articulated in moving fashion in Paul Craft’s heart tugging “Keep Me From Blowing Away,” recorded by the Seldom Scene on the group’s Act II album and memorably covered by Linda Ronstadt on her breakthrough Heart Like a Wheel album. With Randy Smith’s trilling banjo and Goforth’s weeping fiddle establishing a mood somewhere between a hymn and a honky tonk weeper, Stanley’s emotional reading embodies the protagonist’s anguish over his dissolute life (“There are times when I trembled/when my mind remembered/the days that just crumbled away”) but rises with a glimmer of hope in his plea to the Almighty to “send down some sunshine/and throw out your lifeline/and keep me from blowing away.” Needless to say, in this context the four-part gospel quartet harmony of “Amazing Grace,” with its reference to “a wretch like me,” is doubly affecting, no matter how many times you’re heard this old but tried-and-true warhorse. In what amounts to a flashback in this context, Flatt and Scruggs’s “Father’s Table Grace” finds Stanley reflecting on the day when he told his father he was leaving home, as the family sat down for dinner, at which point Dad says grace and humbly appeals to God: “If he gets with the wrong crowd, would you let him hold your arm/and if he flies too high, would you clip his wings/but don’t let him fall too hard/I’m sure, Lord,’ you can handle things.” Rather than singing, Stanley’s powerful lead here is—sacre bleu!–a recitation, once not uncommon in country music but now an endangered species. Stanley’s total immersion in the story and absence of melodrama in his delivery raises the performance above a novelty or kitsch into the realm of spiritual memoir. The icing on the cake is how Stanley sounds uncannily like the master of melodramatic recitation, the great and irreplaceable Red Sovine.

SELECTED TRACK: ‘Keep Me From Blowing Away,’ the Gentlemen of Bluegrass, from Carolina Memories

There’s more where this came from: a chilling high lonesome waltz treatment of the oft-covered chestnut “Waltz of the Angels” (which has been cut by the Country Gentlemen, as well as by Lefty Frizzell, Jean Shepard, Wynn Stewart, the Browns, George Jones, Buck Owens, et al.), a love song and spiritual rumination all in one (“There must be a power/much higher than I/a writer of love songs/way up in the sky/the maker of roses/of love sweet and true/and the waltz of the angels/the moonlight and you…”—what beautiful lyrics by Dick Reynolds and Jack Rhodes); a hard driving bluegrass heartbreaker, “This Morning at Nine,” with a keening lead vocal by Rowland, who also adds a fleet-fingered mandolin solo to an instrumental backdrop otherwise powered by Smith’s furious, rolling banjo and Goforth’s equally heated fiddling; on a similar note to “This Morning at Nine,” the lovely bluegrass waltz of “Old Old House” (a George Jones-Hal Bynum co-write recorded by Possum and Bill Monroe, among others) features a nuanced, mournful Stanley describing “an old, old man” surveying the ruins of a mansion he built “for the love of a woman,” before the woman’s love “faded in the last days of summer,” leaving the house an empty wreckage. So it goes on Carolina Memories, an album limning the soul corroding cost of leaving, whether the leave taking be physical (away from a place where love abides and is a nourishing force) or metaphysical (faded love). Roots music fans need take note of this album and of the Gentlemen of Bluegrass. Something profound is going on here and you need to know what it is, Mr. Jones. 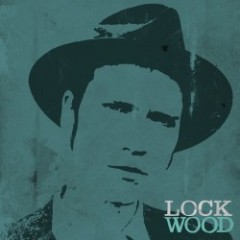