Some time during the holiday season of 1988 or ’89, a colleague at the publishing company where I worked then (and by which I am still employed, some three owners later), being familiar with my affection for Christmas music, offered me an orphaned promotional cassette tape titled “Our Christmas Best to You.” The packaging was nondescript–mostly black type over a white background–but it did indicate its source as being Bonneville Media Communications.

Based in Salt Lake City, Utah, Bonneville Media Communications has long since expanded to become Bonneville International. What was then purely a public relations agency now is the owner of award winning radio stations in Salt Lake City, Denver, Seattle and Phoenix (plus an NBC affiliate television station, KSL 5, in Salt Lake City) with a much broader mission, as was once described in part on its website: Whether it’s producing responsive public affairs programming, creating a local PSA campaign, engineering an on-site live broadcast in support of a charity, or utilizing the incomparable local news-gathering capabilities of our news/talk properties, we foster localism. Our Bonneville stations are as proud as they are pleased to respond meaningfully to local issues and to support our friends and neighbors in their worthy efforts to make life a little better for someone else.

Bonneville (named after prehistoric Lake Bonneville, which once covered much of what is now Salt Lake City, and Benjamin Bonneville, a fur trapper and early explorer of the American West who opened portions of the Oregon Trail and was lionized in prose by Washington Irving) also is wholly owned by the Church of Jesus Christ of Latter-day Saints through its for-profit arm, Deseret Management Corporation. That information alone would be enough to unnerve many on the receiving end of the Christmas tape in question, although in those pre-Internet days, it wasn’t as easy as consulting a Wikipedia entry to gain some background on the company in order to confirm a suspicion of the LDS Church’s hand on the wheel.

The tape in question, however, turned out not to be a LDS recruiting aid per se, and in fact never mentions the Church at all in the course of its 28-minutes-plus running time. It did, though, turn out to be charming, funny and, on a couple of occasions, unexpectedly touching.

Audio: Our Christmas Best To You

Its content centers on the quest of one Don Richman (or Richmond–a Google search turned up no one with either name that might have been in PR or an actor or employed by Bonneville at the time the tape was made) to purchase or rent for his “true love” all of the items enumerated in the song “The 12 Days of Christmas” (starting with “a partridge in a pear tree,” “two Turtle Doves,” etc.). Mr. Richman is recorded calling around to various businesses and institutions in search of said gifts. The  ensuing conversations with unsuspecting parties on the other end of the line are always amusing, even sometimes laugh out loud hilarious, such as the one with a representative at the British Consulate, who responds to the request for “ten Lords a-leaping” by apprising Mr. Richman that in order to get the House of Lords to leap “you would have to wake them up first.” Interspersed with the phone calls are interviews with a charming group of young tykes (whose descriptions of Santa Claus’s appearance is one of many sweet moments made all the more memorable by being so disarming) and notably with department store Santa Tony Zucca, who tells a poignant anecdote about visit from a sad child, whose despair was rooted in a recent tragedy. Taken aback, Zucca quickly regrouped and, in a flash of inspiration, offered the lad a bit of wisdom for the ages. The humility in Zucca’s retelling never fails to choke us up, all these years and innumerable playbacks later. (A double-digit Google search finally did uncover Zucca, in a 1992 story published in Salt Lake’s Deseret News headlined “Santa’s Present to Season Is a Joyous Presence”; more recently an obituary tellingly appeared in the August 24, 2006 issue of Deseret News, owned by the Church of Jesus Christ of Latter-day Saints, announcing the passing of Anthony “Tony” Zucca.)

Apparently no one now at Bonneville International was also on board in the late ‘80s when this tape was sent out as a media-only holiday thank-you. It’s safe to say you’re unlikely to hear it any place else but at Deep Roots.  Take a moment to check it out; maybe it will become a holiday favorite in your home as it is in ours. If you like it, please share it with others.

From our Deep Roots house to yours, Merry Christmas to all and to all a good night!  –David McGee 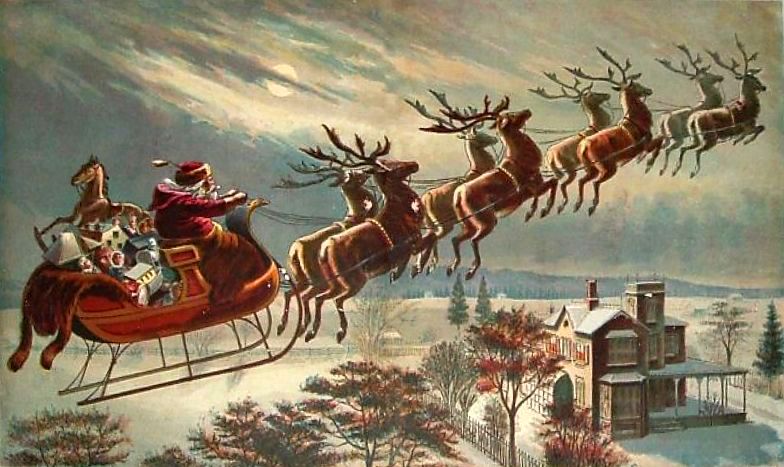 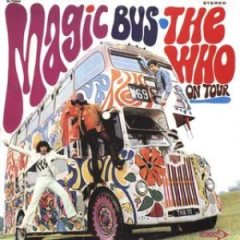 How to Win Charts and Alienate People

Making A Great Miracle, From Scraps and Memories