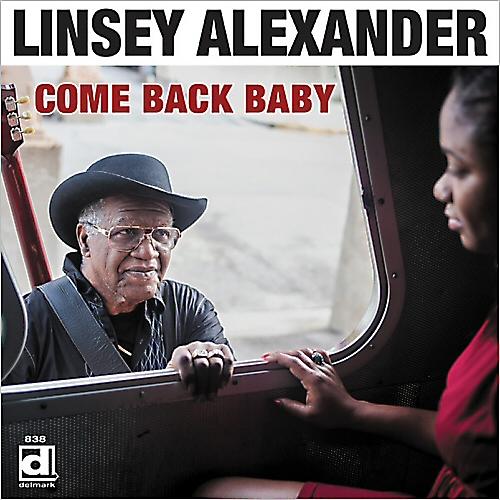 Is there any doubt about how much Chicago blues veteran Linsey Alexander loves the blues? Now in his 70s, singer-songwriter-guitarist Alexander toiled in Windy City clubs for more than 50 years before receiving any kind of national exposure. That came in 2012 when Delmark brought him to the label and released Been There Done That. Acclaim ensued throughout the national blues community, and suddenly fans well beyond Chicago knew he had something special going for him. (Note: before Delmark came knocking, Alexander had self-released three albums to little fanfare.)

Come Back Baby, his second Delmark release, exceeds his 2012 effort in all respects: his singing has a youthful vitality about it; his guitar work is never rote; and his songwriting is full of incisive observations about the rising and falling tides of relationships, some delivered with startling anguish, others with a healthy dollop of humor. This is an album for those who love their blues full-bodied.

Linsey Alexander, with Billy Branch on harmonica, ‘Call My Wife,’ from Come Back Baby

“Full bodied” also describes the sound here. In addition to his own expressive guitar, Alexander has an ace band behind him, including harmonica ace Billy Branch on three cuts; Roosevelt Purifoy on keyboards; a reliable rhythm section of bassist Greg McDaniel and drummer Pooky Styx; guitarist Breezy Rodio; and a formidable trio of horn players (Chris Neal, tenor sax; Ryan Nyther, trumpet; Bill McFarland, trombone). Produced by Alexander with Steve Wagner, the album’s sonic put the band right there in the room with the listener, with Alexander strong in the front and center position and the other instruments clearly delineated whether playing together or popping out for solos.

SELECTED TRACK: ‘Come Back Baby’—echoes of the Spinners?

For the most part the mood here is upbeat. “Little Bit of Soap,” the album opener (by Frank and Mary Lopez, and not the similarly titled song—written by Bert Berns—that was the only hit for R&B quintet the Jarmels in 1961 and is possibly the first onanistic classic in rock ‘n’ roll history), bops along to a lively horn line and stomping percussion as Alexander sings with certainly of knowing it takes only “only a little shampoo” to get a certain woman out of his life—a decision he deems necessary after he comes home from a hard day’s work to find “three men in my tub going rub-a-dub-dub.” As Bobby “Blue” Bland would say, “That’s cold.” Not that Linsey excuses his own behavior when he steps over the line. On the tempered stomp that is “Call My Wife,” with Billy Branch wailing a silvery harp line over the melody, our man issues an appeal for someone to call his wife to let him in the house. Seems he’s been out drinking and smoking all night and is a bit fuzzy about the details of getting inside. He even admits he’s so hung over he wants to eat but “I lost my false teeth,” a lyrical turn that may well be a first in the history of recorded music. Continuing the concept here of songs alternating between kissing off and cuddling up, the slow, grinding blues of “Too Old To Be a New Fool” is a merciless send-off to his woman, among whose missteps is to be caught driving a new car with “a fat man and a midget behind your wheel,” which is yet again a possible lyrical first. Alexander’s throaty, heated vocal is no joke, however, nor is Billy Branch’s mournful chromatic harp howls or Alexander’s own testy single-string protestations. One of the more interesting offerings in this tunestack is the self-explanatory “Come Back Baby,” a bouncy plea for reconciliation sparked by bright washes of horns, Alexander’s playful guitar solo and especially his personable vocal (surely yours truly won’t be the only reviewer to hear an uncanny resemblance between Linsey’s vocal here and the tone and timbre of the Spinners’ late, great Philippé Wynne—in fact, “Come Back Baby” sounds to these ears like a tune tailor-made for the Spinners of the Wynn era, and what a moment that would have been).

Linsey Alexander, ‘Little Bit of Soap,’ from Come Back Baby

“Snowing in Chicago” is Alexander’s account of arriving in the Windy City in the dead of a harsh winter with no prospects and no woman to comfort him, leading to his determination to get a job and buy a ticket back home. A powerhouse track, the driving arrangement augments and mirrors the singer’s desperation to extricate himself from big-city despair, from drummer Styx’s gunshot-like volley at the outset to keyboardist Purifoy’s majestic solo—a series of quick right-hand runs segueing to a fearsome glissando and then to ominous comping—and Alexander’s fierce singing has just the right balance of confidence and uncertainty to underscore exactly what a jam he’s gotten himself into. Another departure from the main narrative, the sturdy, horn-infused shuffle of “Things Have Changed” is a frank indictment of the racist society Alexander knows first-hand, from whites-only bathrooms to back-of-the-bus directives: in a spoken passage he notes, “You know there was a time when I couldn’t go to the washroom where I wanted to; I couldn’t sit on a bus where I want to sit; I couldn’t eat in a restaurant—had to get served out back…” And then: “I don’t do that no more. I got my own restaurant, cook my own food, got a portable toilet I carry around with me—I ain’t no fool.” And just like that gets a cathartic laugh out of a shameful situation that clearly still cuts him deep.

It’s taken a long time for Linsey Alexander to have his art properly acknowledged, but better late than never. Uninformed critics quick to dismiss contemporary blues as same old-same old (except when the NY Times tells them there’s something special—even though there isn’t—about Gary Clark Jr.) would be well advised to listen some time, and maybe start with Come Back Baby. More power to Linsey Alexander. He who laughs last laughs best. 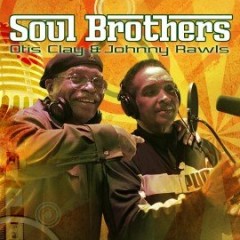 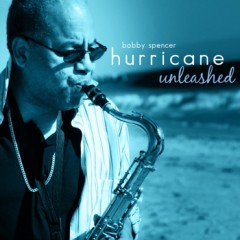