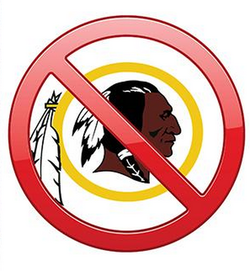 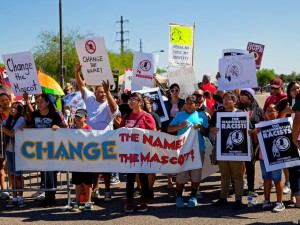 Beneath the debate over the name of the Washington NFL football team is an underlying truth: the vast majority of Americans have a limited—and often mistaken—understanding of Native American history. Indeed, as people learn of the origins and history of the mascot, approval of the team’s name quickly fades. The lack of understanding is readily explained. There are 566 federally recognized American Indian tribal governments in the United States. Yet, most Americans—even those occupying our economic and political centers—do not encounter Native Americans in their day-to-day lives. Perceptions are reduced to myths and caricatures and to the limited education retained from the American classroom.

At best, Americans learn a few stories: Squanto and the pilgrims, Pocahontas, the Cherokee Trail of Tears, and the Battle of the Little Bighorn are standard fare. Little is learned of King Philip’s War, the Pueblo Revolt, the ethnic cleansing of the South and Midwest, or the genocide of California Indians, all more historically significant than the tales Americans are taught.

In the nation’s capital, the consequences of that lack of understanding are most damaging. Consider the laws on the books based on false notions of Native American history. In 1955, for example, Justice Stanley Reed, speaking for the Supreme Court, observed that “Every American schoolboy knows that the savage tribes of this continent were deprived of their ancestral ranges by force and that… it was not a sale, but the conqueror’s will that deprived them of their land.” Thus the Court ruled that land belonging to Indians in Alaska from time immemorial could be taken from them by the United States without compensation. In a sense, Justice Reed was correct. Every American schoolboy did know those things. But every American schoolboy was wrong. If a true, fulsome and inclusive American history is not taught in schools, how can anyone expect U.S. lawmakers to elevate contemporary law and policy?

A single museum cannot create systemic change. But it can seed understanding and incite conversation that spurs change. The single greatest contribution of a history museum, notes Mike Wallace of the City University of New York, could be in “helping visitors develop their historical sensibilities, strengthening their ability to locate themselves in time, and enhancing their capacity as citizens to be historically informed makers of history.”

In this regard, the Smithsonian Institution’s National Museum of the American Indian has an important role to play—one we are taking on with greater focus and intensity. The museum, which is well known for its treatment of Indian cultures, now recognizes a calling to help correct the misperceptions and fill the vacuum of knowledge regarding the history of the United States and Native Nations. We are embarking on a new effort through a number of exhibitions such as “Nation to Nation: Treaties Between the United States and American Indian Nations” to inform and engage the public, policymakers, and policy influencers across the country. Simultaneously, we will accelerate efforts to work with educators, providing classroom materials designed to instill a richer understanding of our history as Americans.

The controversy surrounding the Washington football team is in some ways a bellwether. Americans do not know enough about our shared history even to be properly offended at the lack of an inclusive narrative that illuminates the history of this continent in all of its complexity. Museums occupy an important function in contributing to a well-informed citizenry. The National Museum of the American Indian gladly accepts this role.

Kevin Gover is the director of the Smithsonian Institution’s National Museum of the American Indian.

Honor the Earth Paddles in Protest Against Sandpiper Pipeline

by Margaret Campbell, Honor the Earth

BEMIDJI, MN–An environmental group took to the water on July 31 to protest a proposed oil pipeline in northern Minnesota. About 20 members of Honor the Earth, an environmental advocacy group, hosted a “Paddle Against the Sandpiper” canoe and press event on and near Lake Bemidji.

After protesting the pipeline with signs along Bemidji Avenue, the group launched a canoe painted with protest slogans onto Lake Bemidji.

The 616-mile-long pipeline the protesters are opposed to is Enbridge Energy’s Sandpiper line, which would carry about 225,000 gallons of crude oil per day from the Bakken oilfield in western North Dakota to refineries in Superior, Wis. From there, the oil would be transported via other pipelines to refineries in the Southern and Eastern United States and eastern Canada.

Honor the Earth officials, however, said they are opposed to the pipeline route because it would run along several bodies of water and multiple wild rice fields

Source: The Circle, News from a Native American Perspective, September 8, 2014 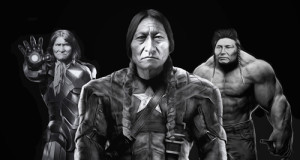 The paradigm of Native American manhood shifted with New Native Theatre’s production of “Native Man the Musical, Phase I,” performed at the Minnesota Fringe Festival with its last performance on Aug. 9.

The stories were authentic accounts from Native men from around the Twin Cities and the region. New Native Theatre’s artistic director Rhiana Yazzie (Dine) sought to set the expectation from stereotypes to previously unimagined identities by non-Native audiences.

“Some of it isn’t pretty. And it’s certainly not what the mainstream has dreamed up. Defying the stereotype of the Indian brave, the warrior, the oppressed, these stories are open and vulnerable moments necessary to be share in order that we might understand ourselves better, and possibly, the non-Native world can re-adjust its boundaries, fantasies, fears and misconceptions about Native male-hood.”

One of the more compelling moments of the performance came when Keezer opened up on screen about his hatred for the warrior mentality that’s expected of young Native men. He spoke in his video segment about the culture that he was raised in that praised stoicism and emotional repression among men and that he combats that by telling his children that he loves them, allowing them to feel their emotions, instead of shaming them.

In his performance piece, Keezer talked about his relationship with his own father who sobered up and later became a born-again Christian. “Some people started calling me ‘the preacher’s son.’ I really hated that, I really didn’t care for any kind of Christianity, for a lot of different reasons, but mostly what it’s done to Indians. I’m sick of all the Christians, the Muslims, the pipe carriers; it doesn’t mean nothing to me. All these ultimatums and stereotypes that they use, it doesn’t work on me.” When asked what he believed in, he closed with a air-guitar performance of Twisted Sister’s “We’re Not Gonna Take It.” 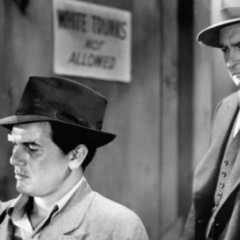 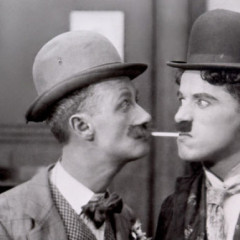