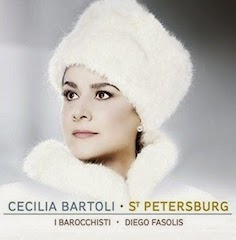 Though the drawing back of the Iron Curtain at least theoretically opened Russian society to the wider world, the musical culture of Imperial Russia from the time of Peter the Great’s embrace of European artistic traditions to the rise in popularity of Tchaikovsky’s work beyond Russia’s borders forever altered the insular landscape of Russian music. This history remains almost completely unknown in the West. Nearly every student of opera knows that the bleakly fatalistic first version of Verdi’s La forza del destino was composed for St. Petersburg, where it was premièred at the Imperial Bolshoi Kamenny Theatre—not to be confused with the famous Bolshoi in Moscow—in 1862, but the interactions between European artists and Russian patrons and arts institutions in the generations before Verdi, Tchaikovsky, and, perhaps most significantly, Glinka have been little explored, even in Russia. When Catherine the Great was crowned Empress of All the Russias in 1762, her adopted country was at the start of a journey that would lead to devastating wars, revolution, the fall of the Romanov dynasty and cultural upheaval that for generations would bury the efforts of Russian artists beneath layers of insularity and politically-motivated pseudo-nationalism. The first half-century of this journey is the object of St Petersburg, and music composed at the courts of three of Russia’s most powerful sovereigns—Anna Ioannovna, Elizaveta Petrovna, Catherine II—provides abundantly deserving fodder for the famed artistic inquisitiveness of Cecilia Bartoli.

Intriguingly, no categorization of Fach is assigned to Ms. Bartoli in the notes that accompany this disc, and even if this was not intentional it is certainly appropriate. As recorded here, the voice has few of the dark colorations heard in the performances of Rossini rôles that established the singer’s reputation as a coloratura mezzo-soprano of exceptional virtuosity. Ms. Bartoli’s bravura technique remains a thing of wonder, and when not under pressure the natural instrument retains its rounded, opalescent beauty, albeit with a distinctly brighter patina than in past. Ms. Bartoli has never been unafraid of pushing the voice for dramatic effect, however, and there are moments on this disc in which her zeal for the music overwhelms tidy vocal production. The breathy hollowness that intrudes from time to time is a dramatic device rather than a vocal defect, but it occasionally undermines the core of the tone. Still, Ms. Bartoli is an artist with nothing to lose, and her choice to focus on resurrecting repertory that works for her voice rather than confining herself to a particular Fach is commendable. In truth, it is fitting that no register is attributed to her on this disc: rather than a soprano, a mezzo-soprano, or whatever label one might apply, Ms. Bartoli’s is an unique voice, judiciously used and splendidly maintained despite increasingly frequent forays into higher and heavier repertory. Though parts like Cuniza in Oberto and Gulnara in Il corsaro would perhaps be good rôles for her, Ms. Bartoli is virtually certain to never turn up somewhere in the operatic world, as a number of her less-prudent colleagues have done, as Lady Macbeth, Azucena or Amneris. At her wildest, there is a measured stability in Ms. Bartoli’s work that contributes to both her longevity and her unwavering appeal.

In their performances on St Petersburg, I Barocchisti and Diego Fasolis continue to refine their reputations as masters of Eighteenth-Century music. Maestro Fasolis sets tempi for all of the selections on the disc that enable Ms. Bartoli to execute the intricacies of the music without coming under excessive stress. The instrumentalists of I Barocchisti do some of their finest recorded work, adapting with comprehensive virtuosity to the different styles of the music on St Petersburg. Both Maestro Fasolis and the musicians are sensitive to the subtleties of Ms. Bartoli’s phrasing, and their support provides a comforting foundation in passages that make the most painful demands on the singer.

Ms. Bartoli begins her journey along these forgotten paths with ‘Vado a morir,’ arguably the most beautiful aria on the disc, from the Neapolitan composer Francesco Domenico Araia’s 1734 La forza dell’amore e dell’odio, an opera that was premièred in Milan and revived in Russian to considerable acclaim. The aria’s expansive melodic lines reveal Araia to have possessed gifts for concentrated dramatic expression nearly as polished as Händel’s, and Ms. Bartoli capitalizes on the pellucid setting of the text with unaffected, subtly-phrased singing. The depths of emotion are conveyed without exaggeration, and Ms. Bartoli shapes the words nobly but avoids affectation, as is not always the case with her singing of music evoking pathos. Vocally, she faces greater challenges in ‘Pastor che a notte ombrosa’ from Araia’s Seleuco, a score first heard in Moscow in 1744, but her singing, ably complemented by Pier Luigi Fabretti’s supple playing of the oboe obbligato, makes light of the formidable technical skill required by the music.

German composer Hermann Raupach arrived in Russian in 1755, remaining until 1762. He returned to Russia later in his career and remained in St. Petersburg for the last decade of his life. In the interim, Raupach encountered the young Mozart in Paris, and the quality of his music was such that a Sonata for violin and piano of his composition was mistaken for and published as Mozart’s work, likely because Mozart copied the sonata in his own hand for use as the thematic basis for one of his own early piano concerti. Of the composers whose music is heard on St Petersburg, Raupach perhaps had the most lasting influence on Russian culture, his opera Альцеста (Altsesta or Alceste)—its libretto by Alexander Petrovich Sumarokov, the poet credited with having inaugurated Classicism in Russian theatre—considered one of the first true Russian operas and his composition students at St. Petersburg’s Academy of Fine Arts including Dmitry Bortniansky and Yevstigney Fomin, who also studied in Bologna with Padre Martini. The sprightly Marcia from Альцеста is engagingly played by I Barocchisti and paced to perfection by Maestro Fasolis. The pair of arias from Альцеста, Gerkules’s ‘Разверзм пёс гортани, лая’ (‘Razverzi pyos gortani, laya’) and Alceste’s ‘Иду на смерть’ (‘Idu na smert’), are sung idiomatically (and with admirable command of Russian vowels), as is the impassioned ‘O placido il mare’ from Raupach’s Siroe, rè di Persia. Though she has devoted much of her attention in recent seasons to higher repertory, the high tessitura of several of the arias on this disc tests her cruelly. Ms. Bartoli’s upper register never falters in the music on St Petersburg, but the effort of her climbs to and above top B♭ shows more than in past.

It was for the coronation of Elizaveta Petrovna in 1742 that Domenico Dall’Oglio and Luigi Madonis composed a Prologue for Johann Adolf Hasse’s 1735 opera La clemenza di Tito. The flute and archlute lines in the aria ‘De’ miei figli’ are beautifully played by Marco Brolli and Michele Pasotti, and the litheness of their approach is reflected in the nimbleness of Ms. Bartoli’s singing. Dall’Oglio and Madonis had before them a monumental task in attempting to craft music equal to the quality of Hasse’s score, and ‘De’ miei figli’ reveals that they were only partially successful. Still, Ms. Bartoli brings a Medea-like intensity to her performance of the aria, and her singing heightens the effectiveness of the composers’ work.

Scenes from the launch of St Petersburg, held at the Hall of Mirrors in the Palace of Versailles in Paris. Of her new album Ms. Bartoli said it ‘sheds new light on an incredible and momentous time for Russia, shaping its politics and culture towards the enlightened West. It has been a great joy to unearth these treasures and bring them back to life.’

Nearly a quarter of St Petersburg is devoted to music from Vincenzo Manfredini’s 1763 opera Carlo Magno. Born in Pistoia in Tuscany, Manfredini was Kapellmeister to the future Tsar Peter III and upon his employer’s ascension to the throne assumed command of the Imperial court’s Italian opera troupe. He continued in this capacity in the reign of Catherine II until the Venetian composer Baldassare Galuppi arrived in St. Petersburg in 1765, at which time Manfredini’s duties were reduced. The première of Carlo Magno was obviously an important milestone in Manfredini’s career, both in Russian and abroad, and the three numbers sung by Ms. Bartoli on St Petersburg affirm that Tsar Peter III’s appreciation of the composer’s music was indicative of excellent taste. The evenness of tone that Ms. Bartoli devotes to ‘Fra’ lacci tu mi credi’ enhances the sentimental depths of the music, and the sheer uninhibitedness of her singing of ‘Non turbar que’ vaghi rai,’ in which she duets with the vivid playing of flautist Jean-Marc Goujon, is exciting. Giving neither Ms. Bartoli nor soprano Silvana Bazzoni real opportunities for vocal display, ‘A noi vivi, donna ecclesa’ seems a strange choice for St Petersburg, especially as the disc’s closing track. Both ladies sing well, though, and the well-trained singers of the Coro della RSI Radiotelevisione svizzera sing lustily under the direction of Gianluca Capuano.

Beyond the genre-specific realm of Eighteenth-Century opera, the most known of the composers represented on St Petersburg is Domenico Cimarosa, whose 1792 opera Il matrimonio segreto has clung to a place on the fringe of the international repertory. Cimarosa’s tenure in Russia was relatively brief, spanning little more than four years from the time of his invitation to St. Petersburg by Catherine II until he was summoned to the Hapsburg court in Vienna by Emperor Leopold II in 1792. The aria ‘Agitata in tante pene’ from his opera La vergine del sole discloses a facet of the composer’s work that is very different from the pieces for which he is remembered. The aria’s clarinet obbligato is played magnificently by Corrado Giuffredi, and Cimarosa’s urgent vocal lines provide Ms. Bartoli prime-grade meat into which to sink her musical teeth. She makes a banquet of the aria, her voice strong and soaring. The characteristic breathiness of her delivery conveys dramatically apt tension, and she phrases with the insightfulness of an experienced Mozartean.

A frequent source of unease throughout the history of the Russian monarchy was the Imperial court protocol that awarded primacy to dowager empresses over empress consorts. The plots, cabals, and coups that reshaped Russian society and redrew the maps of Europe and Asia during the Eighteenth Century were utterly operatic, and any emerging diva surely understands—whether or not she cares to admit it—the frustration felt by an ambitious young woman with a crown who was upstaged by a widow clinging to power. The music on St Petersburg leaves no doubt that the artistic culture of Imperial Russia mirrored the tumult at court, but the paramount achievement of this disc is the opportunity it provides to appreciate the long-hidden body of pre-Glinka Russian music; or, more accurately, music composed for the Romanov court. Some of the diamonds in her crown are now slightly chipped, but Cecilia Bartoli’s singing on St Petersburg confirms that she remains one of today’s rightful Empresses of Song. Долго может она царствовать!

Reprinted by permission from Joseph Newsome. Review originally posted at Mr. Newsome’s website, Voix des Arts: A Voice for the Performing Arts Throughout the World. 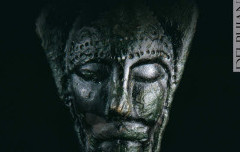