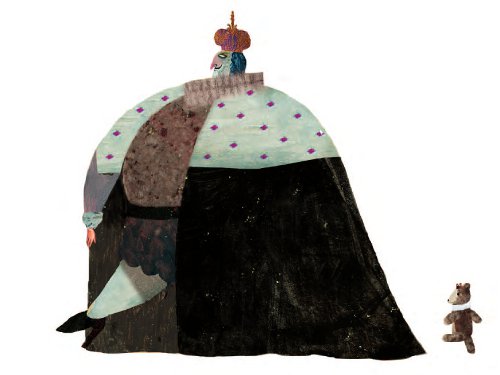 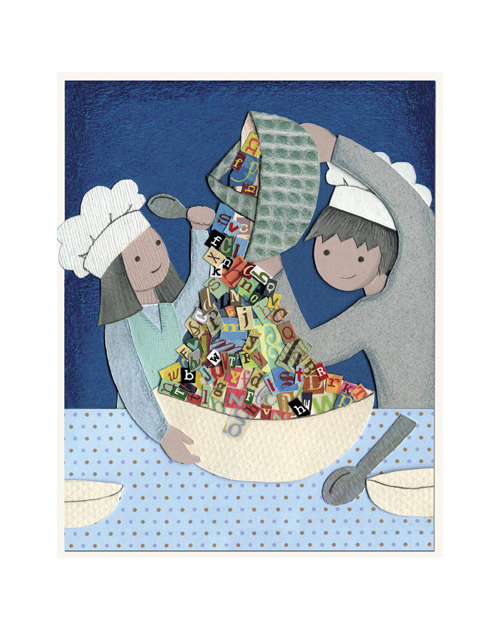 This month’s featured picture books really have nothing in common but for two things: 1) I’ve been meaning to feature them for a while now, and 2) they all come from smaller publishers.

First up is Elisa Gutiérrez’s Letter Lunch, which was released by Owlkids in March. Gutiérrez is a graphic designer and illustrator, now living in Canada but originally from Mexico City. Letter Lunch, an inventive wordless tale, is the story of two friends collecting letters for alphabet soup after they realize on the very first spread that only the letter “C” is on their kitchen shelves. They head out into a lush, green garden; they head to the bustling market; and eventually they find themselves on top of a mountain. When they get back to their kitchen, they find their vowels in the form of spices and finally chow down. Gutiérrez lays the story out as if a comic, using panels and pacing everything just right. The letters boldly stand out in these textured cut-paper collage and mixed media illustrations. Kirkus calls this one “pleasingly fresh.” 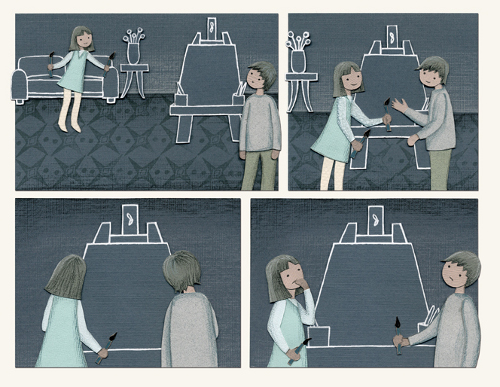 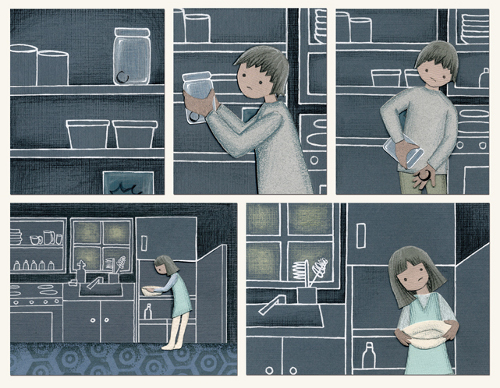 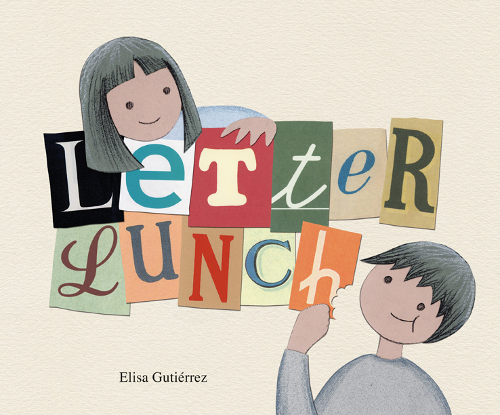 [Note: Owlkids has a resource available online for this book, which includes a behind-the-scenes look at the artwork. That can be accessed here.]

Next up: Did you know that back in July Holiday House released the 25th anniversary edition of Eric Kimmel’s Hershel and the Hanukkah Goblins, illustrated by Trina Schart Hyman? This one was a 1990 Caldecott Honor Book. If you’re not familiar with the story, it recounts Hershel of Ostropol’s adventures in outwitting the goblins (on the first night of Hanukkah) who haunt the synagogue at the top of the hill in the village where Hershel intends to celebrate and partake in some tasty potato latkes. This anniversary edition includes an Afterword from the author and a note from John Briggs of Holiday House. Briggs tells the story of Trina writing to Eric to say:

One of the reasons I enjoyed working on this book—aside from the fact that it’s a great story—is that you really know how to write for the artist. You, and Dylan Thomas, and Charles Dickens. You know just what to put in, and more important, what to leave out.

(My two favorite parts about this letter? Trina goes on to say: “I think I drew [Hershel] just right. I may have even fallen in love with him.” And John writes that later Eric said, “This is what she wrote to me when I was nobody from nowhere and she was one of the gods.”)

Let us take a moment to appreciate Trina’s goblins: 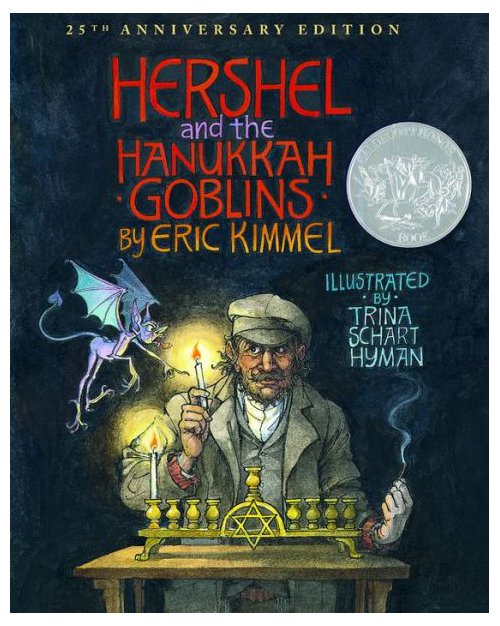 Last, we have Jorge Bucay’s The King and the Magician, illustrated by Gusti. This comes from Abbeville Publishing Group and was released early this month in the U.S. (It was first published in Spain in 2011.) Both author and illustrator are from Argentina, though Gusti now lives and works in Barcelona. This one’s a modern fairy tale about a power-hungry king who vows to kill the kingdom’s Magician, since he is more loved and respected by all. The king’s plan is to host a grand party and ask the Magician if he can tell the future. If he answers yes, the king plans to ask him to prove his great wizardry skills by predicting the day of the Magician’s own death. (And, no matter his response, the king plans to kill him.) The clever magician, though, tells him that he will die the same day as his King. From that point forward, the King (vulnerable himself—note the teddy bear in hand) never leaves the Magician’s side, and his character changes as well…but I can’t give away the entire story, should you want to read it for yourself (though you’ll get a sense in the illustrations below). This one is all about unexpected journeys (“It’s as if Machiavelli had been turned upside down and given a good shake,” notes the Kirkus review), and it’s a satisfying original fairy tale. The illustrations are particularly beautiful. See for yourself: 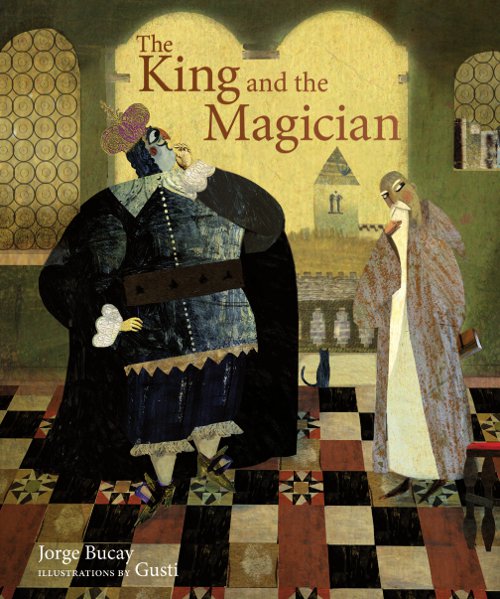 HERSHEL AND THE HANUKKAH GOBLINS. Text copyright © 1985 by Eric A. Kimmel. Illustrations © 1989 by Trina Schart Hyman. Artwork used by permission of Holiday House.

THE KING AND THE MAGICIAN. Copyright © 2011 Océano Travesía. English translation copyright © 2014 by Abbeville Press, New York. Illustrations used by permission of the publisher.

Julie Davidson (Jules) conducts interviews and features of authors and illustrators at her acclaimed blog, Seven Impossible Things Before Breakfast, a children’s literature blog primarily focused on illustration and picture books. The above interview was posted at 7-Imp on September 9, 2014.