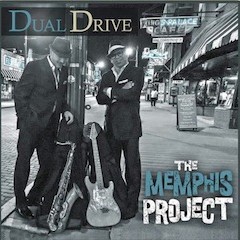 It’s Funky with a capital “F,” this Memphis Project, but it’s not all in service to the groove—soulful expressiveness is the standard here, and it’s pervasive and deriving from multiple sources: Embracing his starring role on most of the tracks, Register fashions textures on soprano-alto-tenor saxes and on flute reminiscent of the rich sound signatures we have heard on those instruments through the years from brothers Hubert and Ronnie Laws; but when you hear the heartfelt tenderness of his alto soloing on a midtempo treatment of “Suspicious Minds” or the epic hurt he emotes on Bland’s “Ain’t No Love in the Heart of the City,” it’s all Register. Goin demonstrates impeccable taste and feel on the guitar throughout, whether he’s taking the stinging lead on “Respect Yourself”; slicing up those “Green Onions” with a razor-sharp attack way up the neck while Register goes wailing into the stratosphere over a robust horn section; or crafting a soft, dreamy lead on nylon-stringed acoustic on “Never Can Say Goodbye.” But it’s not all Register and Goin in the spotlight. Their bandmates in Dual Drive are fabulous in acquitting themselves more than admirably at every turn: Chris Carter on various keyboards is every bit as striking a presence as Register and Goin—you’ll sit up and take notice of his work pretty much any time he shows up, but he’s especially affecting with his moody piano on “Who Will the Next Fool Be”; with his wistful piano complement to Register and Goin on the moving take on “Suspicious Minds” in which the band slows the tempo and finds a new, temperate way into the song’s howl of betrayal; and certainly with his tender glissandos and light, romantic punctuations on “Never Can Say Goodbye,” perfect textural contrasts to Register’s smoky sax and Goin’s romantic nylon-string monologues. And too praise cannot attend James Sexton’s drumming, he who brings the thunder when it’s needed (he bookends the album with powerhouse, muscular attacks on the opening cut of “Take Me to the River” and the album closer, a propulsive, horn-fueled romp through “Green Onions,” also featuring a rousing popping bass by the Bar-Kays’ James Alexander) but also knows how to reign in the intensity when the lights go down low (“Never Can Say Goodbye”).

As mentioned above, this a mostly instrumental album, which would seem to mean there is some singing on it. Oh, yes, and how. There have been some fine versions of Charlie Rich’s “Who Will the Next Fool Be” (notably by one Bobby “Blue” Bland) but Rich’s soul searing original remains king of the hill. It gets a run for its money here, however, when Register and Goin (with a tasty assist from Jason Clark’s spare, bluesy piano fills) deliver some of their finest supporting work behind Wendy Moten’s scorching, gospel-rooted testimony of falling prey to a heartless player—it all comes together on this cut, and if you don’t remember the Memphis-born Moten from her 1994 hit “Come In Out of the Rain,” you will remember her for what she does to this Charlie Rich classic and want to hear more of her. On “Ain’t No Love in the Heart of the City” Marcus Scott is wailing on vocals, but doesn’t have a spotlight moment a la Wendy Moten’s nor does Kesha Cook in his perfectly serviceable vocal turn on “Rock Steady,” but then neither of the latter two songs are arranged with lead vocals in mind.

SELECTED TRACK: ‘Who Will the Next Fool Be,’ from Dual Drive’s The Memphis Project, featuring Wendy Moten on lead vocal, scorching the Charlie Rich classic.

Further emphasizing their commitment to Memphis, Register and Goin, with producer Johnny Phillips (brother of Sam), recorded the album in various studios around the city, including some where the original, legendary cuts were realized, such as the Stax Museum, on the site where the Stax studio once stood (for “[Sittin’ on] The Dock of the Bay” and “I Thank You”); Phillips Recording Studio (for “Who Will the Next Fool Be”); and the Royal Studio (formerly Hi Records, for “Take Me to the River”). Chips Moman’s American studio no longer exists, so “Suspicious Minds” went down, appropriately enough, at Phillips Studio. Hats off to Register, Goin, Phillips and all the dramatis personae of Dual Drive. The Memphis Project succeeds mightily in finding its own voice in reimagining its chosen repertoire, but at the same time does right by the history informing its music, by the city these musicians love, and by the gift each one brings to the party. 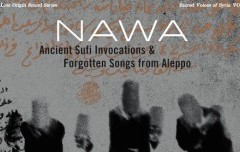