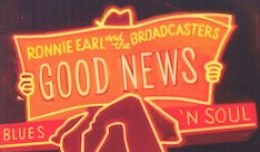 Fresh off being named Best Guitarist at the 35th annual Blues Music Awards in Memphis in early May, Ronnie Earl delivers a most personal and moving album in Good News, clearly one of the finest long players in his long, distinguished career. Fans used to Earl and his stellar Broadcasters burning the house down should be advised that our man is in a reflective mood here, as the largely instrumental tunes tend toward an introspective feel, sometimes tender, sometimes searching, but always affecting. Which is not to suggest this is all low-key musing—indeed, although “Blues for Henry” (an Earl co-write with Hubert Sumlin) begins in that fashion, only about two-minutes-plus of its seven-minutes-plus running time is in a quiet mode; thereafter, Earl and his redoubtable keyboardist Dave Limina (whose contributions to Good News are profound) engage in increasingly heated dialogue with sparks fairly flying on the track as the guitar and organ answer and challenge each other, with Earl getting way up the neck for banshee-like howls and coming back down to craft hefty single-string cries spiced with some double-stops and cascading flurries of notes while Limina rumbles ominously along adding complementary textures from his arsenal to fashion a truly awesome, muscular soundscape for the proceedings. “Puddin’ Pie,” like “Blues for Henry” an Earl original, follows and rolls out as a steamy blues stomp propelled by Earl’s spiked phrases amidst some long, lean, elegant lines while Limina cooks along beside him adding rich chording to the heated track. These songs come towards the end of the sequence, but the album kicks off on a spirited note too, with Earl’s “I Met Her On That Train,” which, for a man who just triumphed in Memphis, is redolent with Bluff City echoes of a certain era, namely that of “Mystery Train,” especially in the first guitar solo by Zach Zunis, which itself echoes Scotty Moore’s style, although second and third guitar solos by, respectively, Nicholas Tabarias and Earl himself, also summon the sonics of early rockabilly while Limina fleshes out the soundscape and Broadcasters’ drummer Lorne Entrees keep the train rollin’ on down the track with an indefatigable percussive charge.

A teaser video for Ronnie Earl & The Broadcasters’ Good News album, featuring the cuts ‘Marje’s Melody’ and the rockabilly-inspired ‘I Met Her on That Train.’ That’s Dave Limina on the B3.

But with the second through the seventh cuts Earl constructs a kind of song cycle more about taking stock than letting the good times roll. He’s helped in this regard by three outstanding vocal performances by Diane Blue, who enters on track 2, a cover of Sam Cooke’s great “A Change is Gonna Come” (let us  not forget how the legendary soul man left us with a song called “Ain’t That Good News” as the title track of his final studio album) in which Ms. Blue is completely in touch with the song’s blues and gospel foundations, with the import of its message and with the need to personalize it rather than to try to compete with Sam—she does all of these magnificently in an unforgettable, moving performance that you can scarce imagine any other contemporary singer topping. Behind her Earl is ripping and roaring on the guitar with Limina as his ballast on piano and B3, but the moment belongs to Ms. Blue. Clever guy, that Ronnie Earl, though: at the start of the song he slips in a brief quote from Irma Thomas’s 1962 classic “It’s Raining,” but his most telling interpolation comes when the song is fading out and, in a moody, melancholy groove, he suddenly quotes a snippet of Doc Pomus’s “Lonely Avenue,” which, when you think about it, puts a whole different spin on Cooke’s poignant but hopeful vision of a more just world a-borning, even to the point of suggesting Ms. Blue’s soulful declaiming is that of a lone voice thundering in the night. Perhaps it’s telling, then, that Earl follows “A Change is Gonna Come” with Neal Creque’s “Time to Remember,” an instrumental opening with a few forlorn bars of Limina’s solo blues piano before it suddenly kickstarts into a Latin-tinged shuffle groove with long solo parts for both Earl and Limina (on B3) that are reflective but buoyant too, uplifting even as they probe inward. On Buddy Guy’s “In the Wee Hours,” Earl uses Ms. Blue sparingly but effectively as a lone and deeply wounded voice in need of solace; in between her cries, he supplants the malevolence of Guy’s original trebly, staccato stabbing lines with a series of solos voicing temperaments ranging from sorrowful to incendiary. Limina’s “Good News” is true to its title’s gospel evocation in being a spirited, rousing instrumental workout keyed by the high flying B3 with Earl adding his lively two cents’ worth in a change of pace that sets up the eerie Deborah Blanchard-Ronnie Earl co-write “Six String Blessing,” in which Ms. Blue’s stately reading has the power of benediction: “Bless these fingers, dancing with strings/give rise to beauty/from deepest pain/may each note be gentle, gentle and true/sometimes fiery, always blue/take me, touch you, music of life, heal me, move you/blessings begin…”

Ronnie Earl & The Broadcasters, ‘Six String Blessing,’ from Good News, with lead vocal by Diane Blue, whose stately reading has the power of benediction.

These words are not to be taken lightly, nor is the fact of Ronnie Earl titling an album Good News. It wasn’t so long ago when he had to put his career on the back burner after being diagnosed with diabetes and subsequently battling depression and substance abuse, as he revealed in a telling interview with Brian D. Holland coinciding with the release of his 2007 album, Hope Radio, also a title with deep meaning for this artist. He’s had his share of triumphs in recent years but this, his first studio album since 2010’s Spread the Love, sounds like Ronnie Earl in full flower, plumbing the depths of emotions he knows well but also celebrating being here with us. Between “A Change Is Gonna Come” and the soothing ruminations he and Limina offer in their instrumental “Marje’s Melody,” the last of the abovementioned seven-song cycle comprising the heart of the album, is life abundant as only an artist who knows what it is to almost lose it could express it. Good news all around. 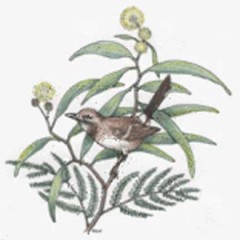