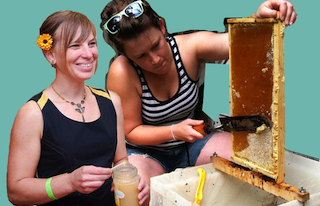 Eat to Lower Your Risk of Dementia

The food you eat may have a lot to do with the health of your brain as you age, according to the latest nutritional research.

People in their late 80s with higher blood levels of B, C, D and E vitamins and omega-3 fatty acids (found in good fats) did better on cognitive tests and had less of the brain shrinkage typical of Alzheimer’s disease, according to a recent study led by Gene Bowman, a scientist at Oregon Health and Science University (OHSU) in Portland.

A University of Miami study found that individuals who ate a Mediterranean diet, including vegetables, fruits, small amounts of meat and fish, whole grains, nuts and olive oil, had less small blood-vessel damage in the brain. Other studies have highlighted the apparent dementia-fighting benefits of leafy greens and vegetables like cabbage and cauliflower.

What you don’t eat matters, too. Artery-clogging trans fats are a clear no-no, and a recent Mayo Clinic study found that eating fewer than 2,150 calories a day was linked to better brain health.

Simply popping vitamin pills probably won’t protect the brain, says Bowman. “There are hundreds or thousands of different molecules in foods we eat,” he says, so it’s likely that eating a balanced diet is key to staving off dementia.

Mary Ann Johnson, a University of Georgia nutrition scientist and spokesperson for the American Society for Nutrition, agrees. “It really reinforces how fundamental healthy eating is to our well-being,” she says.

Further research is needed to confirm the diet/brain health link. In the meantime, consider eating more of the following foods to help protect your brain:

To meet world food demand in the future, agriculture productivity must increase by a factor of 1-2% per year, more than doubling total output by 2050, according to the Global Harvest Initiative’s 2012 GAP Index report. At the same time, global demand for biofuels is projected to increase by 133% by the year 2020, according to Hart Energy’s Global Biofuels Outlook Report.

Intensification of unsustainable agricultural practices to meet these competing needs often harms soil, causing nutrient depletion, erosion, salinization, and chemical, and allows the introduction of crop pests. The result: significant amounts of land are removed from production indefinitely every year. The Food and Agriculture Organization of the United Nations estimates 1-2% of global cropland is removed from production annually due to salinization alone.

That statistic got the attention of Naveen Sikka, Founder and CEO of TerViva, an Oakland, CA-based sustainable agriculture startup aimed at developing new crops for marginal or underutilized farmland. (“We built TerViva to solve the broken equation of shrinking arable land base and rising demand for food, fuel and fertilizer,” says the company’s home page.)

“Agriculture is not simply about food, it’s about resources,” says Sikka. “It’s about food, fuel, feed, fiber, and raw material inputs, and our company’s feeling is that non-food products should be grown on land that is not sustainable for growing actual food like vegetables or wheat. We set out to figure out how to do that.”

So-called “new ag” or “ag 2.0” is a growing field in which agronomists are working to identify new crops that can meet the food and fuel demands of the future. Terviva is trying to work sustainability into this equation.

“TerViva is trying to re-establish the value of this under-productive land,” says Sikka. “A necessary approach to this is to use new crops, not your standard highly domesticated corporate crops, like corn. We are not alone in this space; others are working on it, but our approach is based on sustainability. We like to grow crops that are less-resource intensive and don’t require a re-configuration of the existing ag system. ”

Sikka enlisted the support of friend and a finance expert Sudhir Rani to help launch a new crop system based on Pongamia, a leguminous tree that produces a harvest of oil-rich seedpods similar to soybeans, but with about eight times the yield. The tree can be grown on marginal croplands and requires less water, fertilizer and chemicals than comparable crops. The oil from the seed can be used in industrial applications like biodiesel and sprays, while the protein-rich seedcake can be used in the manufacture of animal feed.

“Pongamia has been around for millennia”, says Rani. “The products have been used by farmers and villagers across India, southeast Asia and Australia for a long time. It’s another source of vegetable oil, but it has benefits as a business model and from a commercialization perspective as a sustainable source of seed stock in which growers can use their existing tree cultivation knowledge and infrastructure on existing crop land, making it really economically viable.”

Beez Kneez, LLC of Minneapolis was founded in 2010 by Kristy Allen to provide a city outlet for her aunt and uncle’s locally produced honey. In 2011, co-owner and educator Erin Rupp joined the fun and this bee friendly team of two not only provide honey processing space for local beekeepers, bike raw honey to their customers and educate folks on all things bee related. They’ve also managed to make some pro-pollinator policy changes at the legislative level.

In addition to distributing locally extracted honey to restaurants, grocery stores and individual customers in Minneapolis and St. Paul, the company provides pollinator education, consultation on hive set up as well as classes in beekeeping.

Extracting honey from the frames is a messy business requiring specialist equipment. With 400-plus members in the Minneapolis Bee Keepers Association, the need for extraction facilities became a real necessity for the Twin Cities’ hive based habit. Already profitable, Beez Kneez wanted to expand their operation by creating a place for locals to extract their honey.

The Honey House opened in August of 2013 after a successful Kickstarter campaign allowed Rupp and Allen to offer local beekeepers a place to extract their honey for a minimal fee. The extractor at the Honey House is pedal-powered, a valuable educational tool in sustainability with a practical end purpose.  Workshops and classes are held at the Honey House as well as in various locations around the city.

Rupp takes her bees and pollinator curriculum to schools and nonprofits to educate locals on the importance of bees, and helps organizations set up their own hives.

“Bees are such a valuable teaching tool. They are so intrinsically interesting,” says Rupp, a former museum educator and science teacher. “All of us know something about bees: that they sting and are a little bit scary. That’s a point of connection for everybody to all these bigger issues.”

Bigger issues hit home just after the successful opening of the Honey House at one of their hive locations.

“It was an acute pesticide kill. We lost all the foraging bees in our hive in 44 hours,” recalls Rupp. “Two local beekeepers in the neighborhood experienced the same thing. After that we launched the ‘Healthy Bees, Healthy Lives’ campaign.”

The campaign was a grassroots effort instigated by the Beez Kneez and carried to fruition by local stakeholders, concerned citizens, the community of beekeepers and several local politicians. After campaigning, collecting signatures, testifying in front of the legislature and letting anyone who would listen know about Minnesota laws that allowed bee killing chemicals into nursery plants, Krupp, Allen and their pollinator advocates managed to get two laws passed.

About a year ago, Gabe Blanchet and Jamie Byron, both students at Massachusetts Institute of Technology, started kicking around the idea that people could feed themselves in a healthy and sustainable way by growing their own food in their homes. They envisioned this method as a kind of home “grove” that would work for urban environments and also for those who live where winters inhibit growing food outdoors year-round.

That idea developed into co-founding a company called Grove Labs. Blanchet and Byron are now CEO and CTO, respectively.

According to Blanchet, Grove Labs is developing a system that combines a full-circle-oriented gardening system using garden centers (the Grove) with a computer application that can also be used on a tablet or smart phone. The application is there to guide the gardener through much of the home farming venture. Gardeners will be able to modify their Grove(s) to suit their particular needs and preferences. The Grove can be used inside or outside the home, using sustainable systems to grow the food.

“We haven’t yet defined the scope of what data will show up on the app,” he says. “We’re still experimenting with what you’ll be able to control, like the lighting schedule, nutrients in the water, what plants you want to grow and matching conditions you want to grow them in.”

Blanchet stresses that, though the Grove Labs method involves technology, the actual gardening is, of course, hands-on.

“It’s not click-and-grow,” he says, laughing. “Basically, the app does three main things; it uses sensors/actuators to monitor the environment, it teaches you and helps you along, and it connects you with other people—gardeners and those who want to be gardeners—to create a support system. This is such an exciting time; you can take pictures of your food and share it with others—share what you’re growing. It supports a community of growers.”

Some people believe that soil is a critical component in growing their food, so the system will support both water-based and soil-based types of gardens, according to Blanchet. The important thing, he says, is that people are empowered to include food gardens in the home. 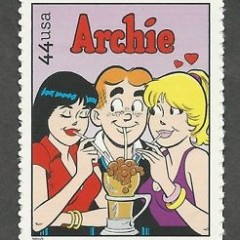