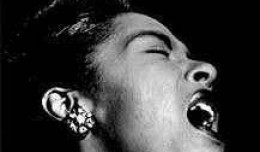 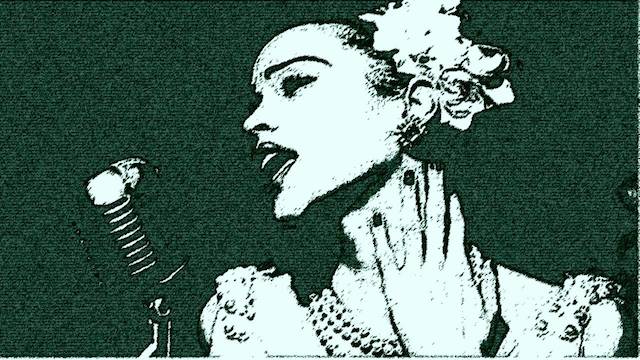 With only a few weeks left before I hit 65, I’m taking a break from filling out my Medicare application to count my blessings.

Sure, I have my share of aches, pains and scares. But I feel beyond lucky to have my health after all that time on this planet; and I’m fortunate to enjoy the company and the wisdom of several siblings who are also turning 65 this year with zero physical wear and tear and no need for health insurance.

Billie Holiday, ‘Crazy He Calls Me,’ written by Carl Sigman and Bob Russell

I’m talking, of course, about the songs to which my dad, Carl Sigman, gave birth in 1949; songs I sometimes think of as fraternal twins. Two of my most entertaining brothers are New Year’s stalwart “Enjoy Yourself (It’s Later Than You Think)” and Christmas perennial “Marshmallow World.”

But Carl’s best ’49er was my sister, “Crazy He Calls Me,” first recorded by Billie Holiday in October of that year. It became a Holiday signature song and is currently given new life every night at Manhattan’s Circle in the Square Theater via the astonishing voice of Audra McDonald, who has now taken home her sixth Tony for her uncanny channeling of Billie in Lady Day at Emerson’s Bar & Grill.

“Here,” theater critic David Finkle huffposted, “(McDonald) replicates the Billie Holiday sound to a point where her success approaches the phenomenal and then lands there.” Charles McNulty wrote in the LA Times, “Genius doesn’t need bells and whistles, and McDonald channeling Holiday gives us not just one but two of the most extraordinarily gifted dramatic vocalists America has produced.”

“Crazy” had a much longer gestation period than most offspring. Carl and his frequent collaborator Bob Russell (the two-time smash “Dance, Ballerina, Dance” et al.) penned most of the song before WWII. But they couldn’t come up with the right lyric for the bridge–the B in the standard AABA construction of so many pop songs. When the U.S. joined the war effort, they temporarily surrendered that struggle in favor of a more important one.

After the war, Carl met and married Terry Berkowitz, Louis Prima’s young Gal Friday. Neither had ever been farther west than New Jersey, so they hopped a train to L.A. for an extended honeymoon.

During said sojourn, they spent many hours at Bob Russell and his wife Hannah’s Burbank home, where they ate, drank and played Charades. But Bob was obsessed with finishing “Crazy,” and when the socializing was over, the lyrical agonistes began.

Still bridge-less and at their wit’s end after one grueling all-nighter, inspiration struck in the ghostly form of a sign that suddenly appeared before Carl. This was no celestial signal (Carl, a confirmed agnostic, disdained the supernatural), but it was a sign nonetheless. Specifically, it was a sign he’d seen for years on the wall of the Army mess hall. “The difficult I’ll do right now/The impossible will take a little while,” it turned out, not only spurred spud-peeling; it also went hand in glove with the melodic bridge of “Crazy.”

Billie Holiday’s achingly beautiful version of “Crazy” is the definitive one. As the song matured from infancy to what some humans used to call “retirement age,” it’s been covered by hundreds if not thousands of artists including Linda Ronstadt, Dinah Washington, Aretha Franklin, Natalie Cole and–as “Crazy She Calls Me”–Rod Stewart, Sam Cooke, Nat Cole and Tony Bennett.

Billie’s recording of “Crazy” was inducted into the Grammy Hall of Fame in 2010. Industry vet Bob Merlis, who submitted the nomination, says, “I’ve been taken by this song for a long time and Billie Holliday’s reading of it is the very definition of ‘singular’…nobody else comes close. What has long intrigued me is the grammatical construction of the title. It seems like a transliteration of something said in Yiddish. I mean, it’s unusual to put it in the order it’s in; it would be more standard to have said or written “He calls me crazy” but the poetry of it lies in the very fact it’s backwards. If not Yiddish, maybe Shakespearean and, most certainly, wonderfully poetic.”

The crazy order of words in the title comes full circle in the lyric’s final phrase. After the singer acknowledges her glorious craziness–“Sure I’m Crazy”–she closes with, “Crazy in Love Am I.”

I was barely three months old when “Crazy” came into the world. Call her crazy, but my mom says that the second I heard the opening notes of Billie’s recording, I leapt over the walls of my crib, landed squarely on the piano bench and welcomed my new sister into the world by playing along and harmonizing with every line.

Sam Cooke, ‘Crazy She Calls Me’