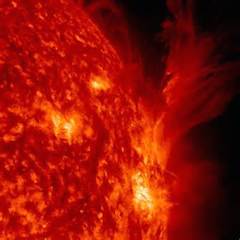 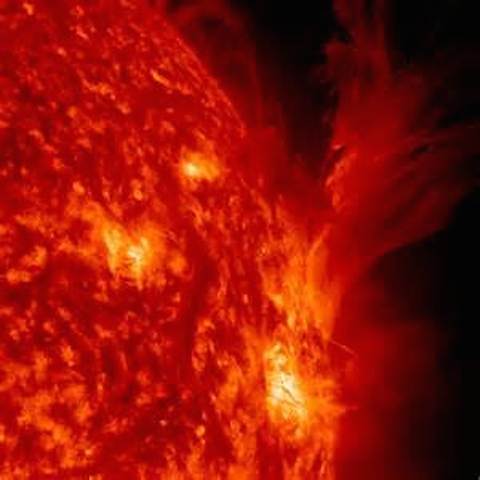 An active region that was rotating out of view displayed a dazzling variety of dozens of spurts and eruptions in about 2.5 days (Apr. 19-21, 2014). The frames, taken in extreme ultraviolet light, show ionized Helium not far above the Sun’s surface. All of the activity near this region was caused by intense magnetic forces in a powerful struggling with each other. The sun emitted a significant solar flare, peaking at 8:27 p.m. EDT on April 24, 2014. Images of the flare were captured by NASA’s Solar Dynamics Observatory. Solar flares are powerful bursts of radiation. Harmful radiation from a flare cannot pass through Earth’s atmosphere to physically affect humans on the ground; however–when intense enough–they can disturb the atmosphere in the layer where GPS and communications signals travel. Credit: Solar Dynamics Observatory/NASA.

…And A Dazzling Display of Coronal Rain

On July 19, 2012, an eruption occurred on the sun that produced a moderately powerful solar flare and a dazzling magnetic display known as coronal rain. Hot plasma in the corona cooled and condensed along strong magnetic fields in the region. Magnetic fields, are invisible, but the charged plasma is forced to move along the lines, showing up brightly in the extreme ultraviolet wavelength of 304 Angstroms, and outlining the fields as it slowly falls back to the solar surface. Music: ‘Thunderbolt’ by Lars Leonhard, courtesy of artist. Credit: NASA/SDO/Goddard Scientific Visualization Studio

Eruptive events on the sun can be wildly different. Some come just with a solar flare, some with an additional ejection of solar material called a coronal mass ejection (CME), and some with complex moving structures in association with changes in magnetic field lines that loop up into the sun’s atmosphere, the corona.

On July 19, 2012, an eruption occurred on the sun that produced all three. A moderately powerful solar flare exploded on the sun’s lower right limb, sending out light and radiation. Next came a CME, which shot off to the right out into space. And then, the sun treated viewers to one of its dazzling magnetic displays–a phenomenon known as coronal rain.

Over the course of the next day, hot plasma in the corona cooled and condensed along strong magnetic fields in the region. Magnetic fields, themselves, are invisible, but the charged plasma is forced to move along the lines, showing up brightly in the extreme ultraviolet wavelength of 304 Angstroms, which highlights material at a temperature of about 50,000 Kelvin. This plasma acts as a tracer, helping scientists watch the dance of magnetic fields on the sun, outlining the fields as it slowly falls back to the solar surface.

The footage in this video was collected by NASA’s Solar Dynamics Observatory’s Atmospheric Imaging Assembly (AIA) instrument. SDO collected one frame every 12 seconds, and the movie plays at 30 frames per second, so each second in this video corresponds to six minutes of real time. The video covers 12:30 a.m. EDT to 10:00 p.m. EDT on July 19, 2012. 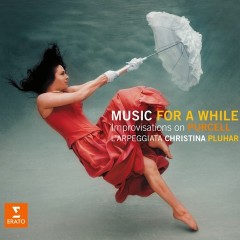 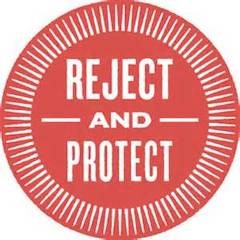