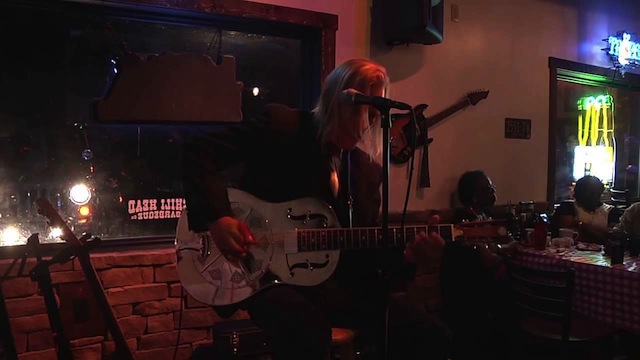 When planning Smokin’ Blues versatile guitarist Mark T. Small has a modest goal: “to produce a recording that sounds and fees like I am playing in a small room with the listener.” And so he does: for most of the album Small adheres to his “1 guitar, 1 voice, 1 one foot format,” as he writes in his note about the song “Goin’ Down Slow” as originally performed by Saint Louis Jimmy Oden, and comes up with a fine low-key, honest album. And although it’s largely blues, Small couldn’t possibly do an intimate solo project such as this and not show off his country and bluegrass chops as well. It is, you might say, Small’s world, after all.

First and foremost, there are the blues, from a gifted picker who led his own blues band for 25 years—a band that worked at times as a power trio and on other occasions was a big band with horns and keyboards and enabled him to master a variety of styles to suit the available configuration of players. In picking his repertoire for Smokin’ Blues, he’s chosen songs reflecting those varied experiences on stage and in his own musical upbringing, and to these he brings a little fresh flavor of his own rather than execute note-perfect recreations of the originals. Right off the bat he opens with a driving take on Blind Boy Fuller’s classic “Step It Up and Go,” supplanting Fuller’s fingerpicked boogie woogie line with a flatpicked one that maintains the intensity as a steady, heated level, which in turn gives his reverbed vocal a ghostly quality, a nice, and unexpected, effect on an uptempo number. The abovementioned “Goin’ Down Slow” is rendered as a slow, woozy blues, and apart from the depth of feeling in Small’s vocal is remarkable for the dizzying and dazzling lead runs he executes, single- and multi-string formulations alike (and sometimes within the same solo!). The delightful “Buck Rag” courtesy the Reverend Gary Davis is a bright, upbeat, jolly groove of fingerpicked prowess resonant with Small’s enthusiasm for the tune’s ragtimey spirit. The Reverend makes another appearance on the album when Small breaks out his 1934 National steel for a moving rendition of the spiritual “Keep Your Lamp Trimmed and Burning,” replete with searing slide work complementing his deeply committed vocal. The only assist Small gets in his efforts here come on two blues numbers, one being a lively, stomping cover of Rufus Thomas’s “Walking the Dog” showcasing a sly vocal turn by Shor’ty Billups, the other following right behind when Walter Woods positively burns up Howlin’ Wolf’s “Moanin’ at Midnight” with his trick bag of moans, trills and howls on harmonica weaving around and through Small’s piercing slide work and vexed vocal.

Back in 1972, on a visit to Opryland (a moment of silence, please, for a place that is now a retail mall where once stood an amusement park where, in addition to some great rides, you could step up to a rustic stage and, for free, hear the likes of John Hartford and his band playing like nobody’s business; where Johnny Russell would sit and talk to anybody for a whole day; where the big stage, also free, would feature everyone from Roy Acuff to Tammy Wynette to Hal Ketchum, et al.), I sat mesmerized as brothers Sam and Kirk McGee, two early country pioneers, hobbled onto a stage. Sam was 78 years old and would be dead in two years; Kirk was 73, and they moved with utmost deliberation, sat in two folding chairs with guitars at the ready, and suddenly began playing as if decades had just fallen away and they were young again—sparkling, rippling, chiming unison guitar lines flatpicked at lightning speed or fingerpicked delicately to produce what could only be described as having a spiritual effect on the audience, an utterly amazing set that fully illustrated the origin of the likes of John Fahey and Leo Kottke. Among their tunes that day was one of the brothers’ all-time classics, “Railroad Blues,” a maelstrom of fleet fingerpicking and bluesy cantankerousness. Small honors that recording with his own red-hot fingerpicking and attitudinous vocal in a dazzling three-minutes-plus performance of unrelenting drive, a real virtuoso turn that will take a listener’s breath away. Two tracks later Smokin’ Blues ends on a most soothing note, with a medley of “America the Beautiful” wedded to “Yankee Doodle Dandy” in what Small titles “American Melody.” Despite the songs, there are no fireworks here; Small picks the “Melody” with gentle, lyrical precision, in the pop-tinged country styles of Chet Atkins and Merle Travis. On a disc with a fair share of hard charging moments and intricate, rapid-time moves, this one’s a peaceful moment of farewell to the listener, who, by God, better have a smile on his or her face when it’s all over. It’s that kind of record. 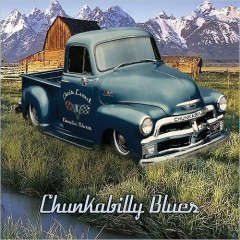 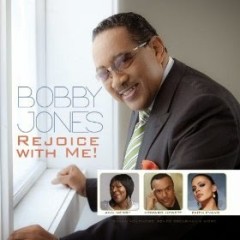