SCREAMING IN THE WIND

Merciless as ever, and making paint peel from the walls with the heat of his guitar blitzkrieg, Dudley Taft has made his third solo album his most memorable. A native of the Midwest who now makes his home in Cincinnati, Taft brings to bear on Screaming In the Wind all the influences he’s absorbed in his journey, those being punishing electric blues revealing the impact of everyone from Freddie King to Stevie Ray on his style, to the hard blues-rock he purveyed during his two decades in Seattle, when he toured with Alice in Chains and Candlebox, among others, plus a more lyrical side reflecting a full immersion in ‘60s rock. Even this is but a cursory list of the styles at his command—listen, for starters, to the Zep-like crunch of the opening track here, a pitiless cover of Skip James’s “Hard Time Killing Floor Blues,” its deliberate, stomping attack seemingly designed to underscore the topical message James delivered in his 1931 recording but which is ever so relevant today, to wit: “A hard time is here/and wherever you go/times are harder/than ever before.” This is but prelude to a closing, no-holds-barred instrumental assault by Taft on guitar amidst the angry punch of his rhythm section, bassist John Kessler and drummer Jason Patterson.

EPK for Dudley Taft’s Screaming In the Wind CD

Typical of an artist who has added new wrinkles to each solo effort, Taft this time enlists as producer the Grammy winning Tom Hambridge (sessions were at two Music City studios with some work also being done in Taft’s own Cincinnati studio), who also sits in on drums here and there. Adding heft to the instrumental lineup, he signed up the great former SRV keyboardist Reese Wynans, one of the most immediately recognizable and soulful players around; and brings in the Muscle Shoals horns and gospel stalwarts the McCrary Sisters to beef up a couple of tracks.

The Horns make an almost immediate impact, on the second track, a cover of Freddie King’s “Pack It Up,” when their bright, unison punctuations put some slink into the deep groove and accentuate the resolve in Taft’s Gregg Almman-esque vocal to take his leave of a feckless gal, a vow he underscores himself not only with the resolve in his drawling voice but also and most strikingly in his piercing, soaring guitar solo near the end, which dovetails beautifully with the horns in a couple of unison passages. The southern soul take on “Pack It Up” gives way to another feel entirely on “Red Line,” a hard driving tale of a man blazing a trail down the highway trying to quell his inner demons and make it back home to his gal’s loving arms. With Kessler and Patterson again keeping the bottom as rock solid as it is propulsive, Taft cuts loose with an intense, sandpapery vocal reflective of the narrator’s anguish and complements it with a multi-textured guitar solo played at red-hot temperatures (of which a reviewer at American Blues Scene says, “If ZZ Top and Thin Lizzy had a baby, this song would need to go in for a blood test…,” but listeners will be forgiven if they detect in this track some DNA donated by KISS’s “Detroit Rock City”).

Three songs in you’ve got the drift of Taft’s lyrical conceit on Screaming In the Wind: his characters are not only restless but deeply, existentially disoriented by the times, much like the protagonist in “Red Line,” and haunted—in the grim crunch of the title track, to which Wynans contributes a ghostly wail on the B3, Taft, his guitar sputtering and moaning, cries out, “I hear voices/screaming in the wind/I hear voices/of a long lost friend,” a dark sentiment that seems tied to the previous song, “Red Line,” in which he growls, “Thinking about my brothers/who got themselves killed/all the songs of mothers/buried out on Boot Hill” and to the dark sentiments of the sixth track, the paranoid “I Keep My Eyes On You,” which ends with a howling “I hear the voices in my head/they’re loud enough to wake the dead…” All in all, I’m not sure I’ve heard an album plumb spiritual entropy as chillingly and relentlessly as Screaming In the Wind since Too Slim & the Taildraggers’ 2013 masterpiece, Blue Heart, a Deep Roots Album of the Year last year. In the restless shuffle of “3DHD” (a topical nod to the times in its melodic, singalong chorus, “I dream in 3DHD/things are so much clearer for me/I dream in 3DHD”), his weary voice tells us, “I wander the streets at night/buzzed, bruised, broken/fog of the afterlife/a sadness never spoken”; in the heavy stomp of “The Reason Why,” Taft raises an anguished plea in a last desperate attempt to a gal who’s packing her bags, “My mind is all confused/you got me so all mixed up/I’m giving you my best/but my best ain’t good enough,” with Wynans underpinning those lyrics with a furious organ sortie that mirrors the tumult in the singer’s psyche. But that lyric effectively sums up the storyline of the entire album, because Taft’s made it clear in his songs (the selections here are a mix of tunes with music by Taft and lyrics by Hambridge and others, and other tunes solely by Taft) that nothing’s really working for him as he tries to find his place in the whole scheme of things.

SELECTED TRACK: ‘Barrio,’ with the McCrary Sisters (backing vocals) and Reese Wynans (organ)—the cleansing moment on Screaming In the Wind

The cleansing moment is the acoustic-based ballad “Barrio,” with Wynans’ church organ, Taft’s gut-string acoustic and the McCrarys’ gospel exhortations comprising a lush soundscape to frame stanzas such as “Well, I’ve been walking these dead end streets/I can’t feel my feet, I’m on my knees/Well I listened but I never learned/you are what you earn and I’m working on me/I need a release.” Well, the release is not really at hand here, not through the fury of “Sleeping in Sunlight” (a stab at reconciliation, with more voices in his head—“Your voice brings me/long lost memories/we can start all over/if you will roll with me again”); nor in the fading hopes articulated in the churning, wrenching pleas of “Tears In the Rain” (“you and me on the wind/flying high once again/like the moon in retrograde/fading away/tears in the rain, tears in the rain/tears in the rain”); nor even in the prayer-like entreaties of “Say You Will” (“Dip my body in the river/dip my body in the sea/floating up above me/pour the holy water on me/bless me with forgiveness/your love light my way/baby I’m begging you please don’t leave/find it in your heart to stay…”), a fascinating number with some Beatles overtones in the choruses and atmospherics via controlled feedback at the end that tell us everyone isn’t living happily ever after here. From this unsettled finale Taft could easily fashion a sequel next time out—it practically begs for one, in fact. But based on his history, our bearded buddy will be investigating some new avenues of the human condition next time around. The only given is that it’ll be interesting. 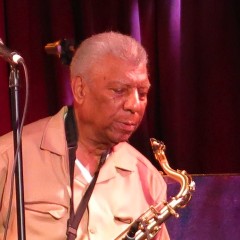