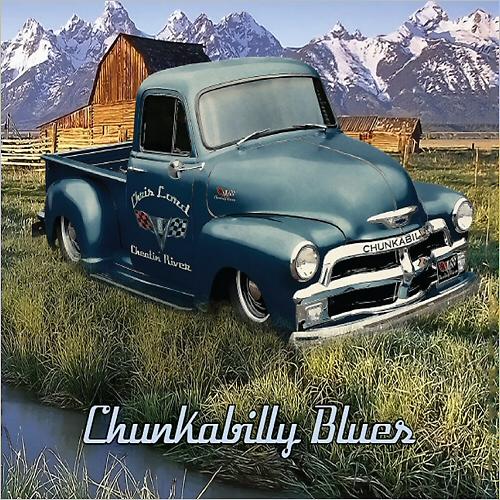 A stomping groove, a steely, slice-and-dice guitar attack and a growling vocal greet listeners to Chris Lord & Cheatin’ River’s Chunkabilly Blues. Echoes of Stevie Ray Vaughan and Freddie King abound in the searing six-string salvos, and the merciless vocal brings to mind the younger Kim Wilson throwing his weight around the track. Indeed, there’s a lot of Texas in this power trio’s approach (singer-guitarist-songwriter Lord is joined by Rick Bowen on drums and backing vocals and Matt Blair on bass), and perhaps to emphasize the Seattle-based band’s affinity for Lone Star State blues-rock, the leadoff track is titled “Spirit of Abilene.” Now, you might think this to be perhaps homage to the town’s Old West incarnation as a cowtown, a stock shipping point on the Texas and Pacific Railway in the early ‘80s; or maybe the band has some Abilene triumphs to celebrate in song.

Lord, you see, is up in arms about an Abilene assignation with a $5 hooker who left him burning not with a desire but with an STD. Seinfeld fans may recall the classic episode in which Kramer is hired by a teaching hospital to impersonate a patient with gonorrhea, the symptoms of which he describes to interns in an inspired monologue describing a fling with a “coquettish haberdasher,” of whom he said, “I burned for her, much like the burning I felt upon urination.” To my knowledge “Spirit of Abilene” is the first song that may have been inspired by that Seinfeld episode but also the first song I can recall in which a pas de deux with a lady of the night winds up with the protagonist feeling the wrong kind of burning. Lord is appropriately chagrined by his behavior, accepting it as the fallout for living “the life of a sinning man,” but then, upon reflection, gets his dander up realizing the gal knew she was “not running clean.” Lesson learned, he and the band go romping out singing “I’ll always remember the spirit of Abilene.” Indeed.

Bay Area rockers know Lord from his tenure leading another power trio, Blue Belly, prior to his relocation to the Pacific Northwest. With Bowen and Blair in tow, he’s crafted a hard hitting sound rooted in the abovementioned influences but also redolent at times of Hank III’s merciless attack and the careening rock ‘n’ roll of Southern Culture on the Skids—Lord, in fact, sings with a swagger and in a timbre quite reminiscent of SCOTS’ Rick Miller. Lyrically the songs on this six-track debut have a lot to say about women that have toyed with the singer’s emotions, and he in turn sounds like a guy who chalks it all up to experience and doesn’t waste time and life on being angry. “Spirit of Abilene” is quickly followed by a Bo Diddley-ish pounder called “I’m Gone,” which features Lord taking off on a searing wah-wah solo midway through his kissoff to a faithless lover, telling her so sweetly, upon her return from another extracurricular escapade, “Lay your head down, baby/soak up that mornin’ sun/you been gone for a while now/like there’s nothin’ wrong…hell, I’ll be in Virginia by the time you find another man”—all of this punctuated by some angry stabs from his guitar and his rhythm section’s cannonade.

Chris Lord & Cheatin’ River, ‘She’ll Be Coming (With a Head of Steam)’

Chuck Berry’s “Memphis” is the foundation stone for “She’s Moved On,” this being a bit of a morality play: Lord sings of a fellow coming home after a 12-hour workday only to find his wife making out with one of his friends, and then running off with him–“then I hatched my plan,” he sings with a sinister sneer. The plan, it turns out, is to tell her heroin dealer she’s a DEA informant; to tell her mama her daughter is tired of waiting “for that old lady to pass away,” adding wryly, “That one hurt me, mostly ‘cause it’s true.” As the beat goes on, he winds up confessing his dirty deeds to a preacher, who promises to pray for him, which is but prelude to our man’s big finish in which he tracks down his gal and her new squeeze and describes his next move in a variation on a familiar lyric: “I shot ‘em down in Reno/just the way I planned,” followed by another round of the chorus, “She’s moved on/she’s taken off/with another man,” different this time for the singer’s obvious delight in the irony of it all.

The grinding “She’ll Be Coming (With a Head of Steam)” seems inspired by Freddie King’s classic “Hideaway,” albeit at a slower tempo, and Lord does cut loose with some tasty guitar flourishes reminiscent of King’s style; but there’s something to that chomp-chomp rhythm behind him, as becomes clear when he sings of a woman who roars into town driving a big Cadillac, “she knows where to find a man to eat.” Given what’s transpired thus far, you can imagine this to be a cautionary tale indeed, and you wouldn’t be wrong. She lands on the right guy, as it turns out, as Lord observes of the steel guitar player she picks up, “It won’t be the first time the Devil’s taken him for a ride.”

Chris Lord & Cheatin’ River, a live version of ‘My Demise,’ the final cut on the band’s debut EP, Chunkabilly Blues

Needless to say “Jelly Bean” continues these tales of manipulative women and weak-willed men thinking with the wrong head, although Lord renders the catalogue of ills she inflicts on her subject here is rendered with a buoyant, nigh-on-to-flippant attitude. The EP closes with “My Demise,” a rousing six-minute-plus screed fueled by Lord’s churning guitar filtered through a Leslie amp before he launches an angry, serrated six-string barrage to accentuate the depth of his wish to “lay down these bags I’ve been carrying every day of my life.” Near the end he hints that a woman’s at the center of his drive for a “new beginning” when he can “annihilate, invalidate those words that won’t die,” adding, I hear those words in the mornin’, at night as I close my eyes/they might have been said many years before/though they still have bite…I can finally surrender.” A killer track on disc that shows off the band’s strengths on all fronts, “My Demise” begs to be heard live for its sheer full-frontal assault on the senses—you can really get lost in the story the lyrics and the instruments tell together. It’s perfect, right down to the abrupt ending, when it cuts off like that, and all is silent in the world. And you, dear listener, are left there, limp, maybe a bit dizzy, but begging for more. 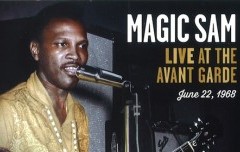 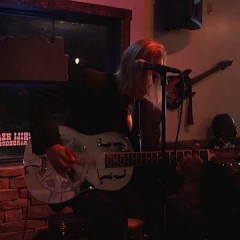