SYMPHONY No. 1: THE TEMPEST, AS YOU LIKE IT OVERTURE

(Note: April 26 marks the 450th anniversary of the birth of William Shakespeare. Of a handful of Shakespeare-related recordings being released to commemorate this date, the Ulster Orchestra’s version of composer John Knowles Paine’s The Tempest and As You Like It Overture on a new CD featuring his Symphony No. 1 stands out in several respects. In Fanfare, critic Jerry Dubins took the measure of this new recording of Paine’s acclaimed Shakespeare-inspired compositions, considered in the context of Paine’s oeuvre and other recordings of the same material.)

I was wondering when Naxos’s “American Classics” series would get around to John Knowles Paine (1839–1906). Shockingly neglected, Paine is one of America’s earliest and most important composers of large-scale symphonic and orchestral works. Though an opus count of his works numbers only about 45, plus another two dozen or so unnumbered items, his catalog contains two symphonies, overtures, tone poems, and incidental music, works for chorus and orchestra, chamber works, two operas, and a good deal of vocal music and pieces for both organ and piano.

My first exposure to Paine came back in the 1990s when New World Records sparked interest in the composer with a recording of his Mass in D, in a performance by Gunther Schuller conducting the St. Louis Symphony Orchestra and Chorus. That release was reviewed by James North, and as he pointed out, “the 100-minute work—almost twice the size of the longest Mass by Schubert or Bruckner—holds our rapt attention throughout.” It’s a magnificent and masterful work, one that makes a powerful statement, and it made such a strong impression on me that I wasted no time in acquiring the same label’s recordings of Paine’s two symphonies, which, I believe, had actually appeared a bit earlier, both with Zubin Mehta conducting the New York Philharmonic.

Periodically, a Paine piece here and there has been taken up by other artists and record labels, but there has been no ongoing and consistent exploration of the composer’s catalog on record. I hope this new Naxos release will change that. Paine was the most senior member of a group of New England composers known as the “Boston Six,” which, in addition to Paine, included Horatio Parker, Edward MacDowell, George Chadwick, Amy Beach, and Arthur Foote. Four of them—MacDowell, Chadwick, Parker, and Paine—had something in common; they all traveled abroad to study, mainly in Germany, for at the time European training was considered a prerequisite to being taken seriously as a composer. Beach was mostly self-taught, which leaves the Harvard-educated Foote, said to be “the first noted American classical composer to be trained entirely in the U.S.”

Given Paine’s studies in Berlin between 1858 and 1861, it should come as no surprise that the young man returned home thoroughly conversant in the language of classical German Romanticism. Beethoven is the father, Mendelssohn and Schumann the mothers. Wagner is the crazy uncle locked in the attic, Brahms a distant cousin who rarely pays a visit, and Bruckner the eccentric auntie who serves her guests chamomile and catechisms in the parlor. Got the picture? Paine writes as a fairly conservative, mid-19th-century German Romantic, but one who is highly accomplished in the craft of composition and, more importantly, exceptionally well-endowed with the gifts of musical inspiration.

Falletta’s new recording of Paine’s First Symphony and Overture to Shakespeare’s As You Like It duplicates Mehta’s New World recording, even to the point of placing the Overture first on the disc. Falletta, however, give us an extra bonus not included by Mehta in the form of Paine’s symphonic tone poem Shakespeare’s Tempest, which, at the moment, appears to be its only listed recording. To call the piece a “bonus,” however, suggesting that it’s mere filler, is an understatement of gross proportions; for this 20-minute-long tone poem, twice the length of the Overture and half the length of the Symphony, is an intensely dramatic, attention-riveting work that challenges the main work on the disc for pride of place.

That said, one shouldn’t be too quick to dismiss Mehta’s performance of the Symphony and the Overture with the New York Philharmonic, despite the ageing 1989 New World recording. Falletta’s Ulster Orchestra is superb, but Mehta’s New York Philharmonic is superlative. Mehta also drives his players with a greater sense of dramatic urgency in the Symphony, turning in a performance that’s almost three minutes faster than Falletta’s. He’s about half a minute slower than Falletta in the first movement, 11:03 vs. 10:34, but faster in the Scherzo, which comes second, 7:34 vs. 8:49; about the same in the Adagio, 9:55 vs. 9:45, but way faster in the Finale, 8:38 vs. 10:57. In fact, in a movement of that length, such a significant discrepancy in timing made me wonder if there wasn’t a cut Mehta made or a repeat he skipped; and indeed, the latter turns out to be the case. I was able to follow along with the online score, and there is an exposition repeat in the last movement, complete with first and second endings, which Mehta omits.

Still, as noted above, Mehta has an edge over Falletta when it comes to generating excitement, and the NYPO has an edge over the Ulster Orchestra in technical virtuosity. Listen for example to how cleanly and precisely the New Yorkers articulate the Finale’s driving dotted rhythm, which so closely resembles the Scherzo in Beethoven’s Ninth Symphony. The Ulster’s players manage it, but without quite the same degree of incisiveness.

On the other hand, I absolutely would not want to be without Paine’s 1877 (revised 1883) Shakespeare’s Tempest , which Falletta gives us and Mehta doesn’t. It’s a fantastic piece, even better I think than Tchaikovsky’s symphonic fantasia on the same subject and the slightly earlier tone poems of Liszt and Saint-Saëns.

There is nothing about Paine’s music that would identify it as the work of a native-born American composer—that phenomenon would come a bit later with John Philip Sousa, Scott Joplin, and, of course, Charles Ives, among others—but Paine was nonetheless one of the earliest and leading importers to America of the 19th-century tradition of European art music, which was terribly important for American prestige on the world stage, and to the psyche of a country that felt the need to prove it could do anything anyone else could, only better.

This is an urgently recommended, indispensable release. –-Jerry Dubins, Fanfare 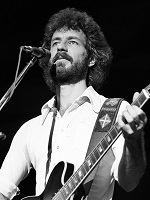 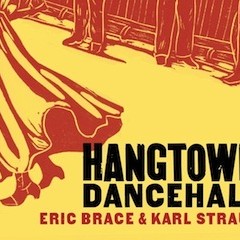