Kacey Jones has been so funny for so long it behooves her to remind us every so often that she is eminently capable of bringing it all back home as a singer too–and not just when she’s skewering a gasbag such as Donald Trump in her sweet, lilting “Donald Trump’s Hair,” the title track of an album that also included a driving punk version of “America the Beautiful” (or “God Save the Queen”) called “God Save the Queens” that contained brilliant nuggets of insight such as “it takes a special guy/to wear hot pink with pride.” You have to go all the way back to 2006, and to her stirring, soulful tribute to a great American songwriter, Kacey Jones Sings Mickey Newbury, in order to experience a full album’s worth of her, shall we say, serious side. She reminds us of all this with the Newbury-penned title track of her long-awaited new album. It’s a holdover from the 2006 album and is every bit as remarkable now (as is Mark Dreyer’s gently weeping guitar and Jimmy Nichols’s soothing keyboard support) in all its sensitive interpretive reading as it was in 2006 and serves as a reminder that the woman who gave us the hilarity of the musical Nipples to the Wind (2007) and the album Every Man I Love is Either Married, Gay or Dead (2000) can also hit you where you live when she turns her attention to matters of the heart.

“Amen for Old Friends” is both an appropriate song and album title for Ms. Jones’s new long player, because she calls on a several of them to help her make it through the night. Six of the seven songs are co-writes teaming her with, yes, old friends, but she’s the sole copyright holder of the album’s funkiest moment, “Cold Turkey,” a brusque kissoff of a cheatin’ paramour to whom she admits being hopelessly in thrall—or as she puts it in her own quintessential way, “I was so addicted to you, I couldn’t see/I was a chain smoker for your love.” That’s Duane Sciacqua playing the chunky, sputtering lead guitar on the track, and he turns out to be one of the most important old friends of all, serving as co-producer and playing so many instruments that Ms. Jones finally gives up listing them in the credits and simply adds (and the kitchen sink) to his entry in the liner booklet. Fans of David Allen Coe may remember this tune as being his #9 single in 1986, but in the hands of its writer, offering her own version for the first time, it not only sounds fresh as ever but more intense to boot.

Although the album ends with the benediction of “Amen for Old Friends,” the ride to get to that point has its bumpy moments. The opening track, “You’ve Tried the Patience Out of Me,” is a sayonara on a par with “Cold Turkey,” a bit of a rock ‘n’ roll stomp reflecting the end-of-my-rope frustrations Kacey delivers with merciless intent while allowing Sciacqua ample room for some stinging, pointed six-string commentary of his own in a relentless charge to the final lyrical salvo, “No, we can’t be friends, baby, this is the end—goodbye!” Another Jones co-write, “I Swear I Got the Blues,” finds her raging against the chains of love still binding her to a no-good man until she works up to full froth, as Sciacqua’s howling guitar mirrors her anguish, until she cries, “And if I was to kill him/for causing all these tears/I wouldn’t be convicted/by a jury of my peers.”

SELECTED TRACK: Kacey Jones, ‘That’s What I Like About My Baby,’ from Amen for Old Friends

In her calmer moments, though, Jones reveals much of the tender heart she displayed so vividly on the Newberry album, a project that resonates in the pensive interludes here. As in, for example, the laid-back country groove of “Goin’ Down Hill” (written by X. Lincoln and John Anderson), when she and Waylon Payne (who was the star of the video for but did not sing on Newberry’s “Lie to Me Darlin’” on Kacey Jones Sings Mickey Newbury) have some affecting moments confessing their attraction to each other even as things are not looking so rosy otherwise, and in the reflective country ballad “We’re All in This Alone” (a Jones co-write with Doug Gill) the singer appeals to a significant other for a reconciliation after each has gone it alone and found “those velvet chains, we need ‘em.” Chuck McCabe’s “That’s What Like About My Baby” is given a slinky blues ballad treatment notable for the laconic atmosphere conjured by the soft shuffle groove and abetted by Smith Curry’s sunny dobro fills complementing Ms. Jones’s warm, come-hither vocalizing.

SELECTED TRACK: Kacey Jones, ‘I Feel a Sin Comin’ On,’ from Amen for Old Friends

And she being Kacey Jones wouldn’t leave us without some frisky come-ons. In this case these include a revisited, revised take of “I’m the One Mama Warned You About,” a Top 10 country single for Mickey Gilley in 1985 and a memorable moment on her band Ethel & The Shameless Hussies’ 1988 debut, Born to Burn. From Gilley’s breakneck-paced version Ms. Jones has retained the twangy guitar, from Ethel & the Hussies’ rendition she’s kept the rockabilly bounce, and to these elements she’s added a swaggering, sultry vocal all the more suggestive for the Maria Muldaur-like huskiness in her mature voice that makes the putative warnings in the lyrics sound more like advertisements for herself. This, however, pales greatly in comparison to the heavy-duty stomp through “I Feel a Sin Comin’ On,’ which opens with a tantalizing checklist of the items encompassing what Tom Waits would call a “serious Saturday night accoutrement ensemble” (or lack thereof—the checklist includes “no panties,” but what did you expect from the artist whose 2002 album is titled Never Wear Panties to a Party? Give her credit for remaining true to her ethos all these years later). To the thunder of drums, the growl of Sciacqua’s guitar and the wail of Curry’s lap steel she confesses, “I know that it’s wrong/but I feel a sin comin’ on.” Check that: “confesses” is the wrong word; make it, “brags” instead. Amen to all that. Good to have you back, Kacey. 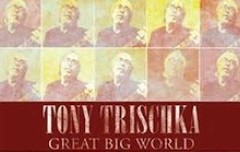