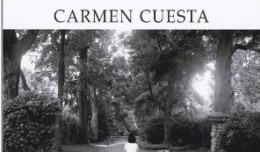 In some ways Madrid-born songbird Carmen Cuesta picks up in her new album, Toda Una Vida…, where she left off in her late 2011 release, Mi Bossa Nova; in more ways, she asks more of the listener, with the payoff being the spiritual fulfillment a work this tender and deeply felt can bring.

What she has retained from the abovementioned 2011 album (which was largely devoted to the songs of the one towering muse in her musical life, Antonio Carlos Jobim, even though it also included tunes by other South American artists along with two Cuesta originals) is her guitarist and co-producer Chuck Loeb, who also occupies another important position in the artist’s life, namely as her husband. Also returning: her remarkably delicate yet deeply expressive voice, enhanced as it is by its owner’s infallible sense of dynamics and remarkably affecting phrasing. If she isn’t one of the finest singers working today, I’m a suck-egg mule. She reminds us of her preeminence repeatedly throughout the album’s dozen tracks, but it’s fitting that she hits the vocal version of a tape-measure home run on the  lone entry from the pen of, yes, Antonio Carlos Jobim, “Eu Sei Que Vou Te Amar” (“I Know That I Will Love You”), an intense but restrained pledge of love—intense in the suffering the singer admits to every time she and her lover part, restrained because the singer knows the solace the lover’s eventual return will bring (a loose translation of the third verse: “I will cry for every single time you leave me/but each time you return shall erase/what your absence has caused me”). Over a melancholy backdrop fashioned by Moisés P. Sanchez’s bluesy, sensitive piano, Yuvisney Aguilar’s soft brush drumming and the low rumble of Antonio “Toño” Miguel’s bass, Ms. Cuesta sings with a fine balance of melancholy and hope, the latter carrying with it a sensual lilt as well.

Carmen Cuesta, ‘Today Una Vida,’ the title song of her new album, with Chuck Loeb on guitar and Oli Rockberger on piano

As for asking more of the listener, her song selections (apart from the Jobim tune) are entirely boleros the singer absorbed during her formative years in Madrid, with only one, “Besame Mucho,” likely being familiar to the average American music lover from pop versions by the Beatles, the Coasters, Harry Connick, Jr. or perhaps Michael Bublé (a duet with Thalia on her album Habitame siempre), or Wes Montgomery’s jazzier version on his 1963 album Boss Guitar, or Jimmy Dorsey’s #1 1944 version, or maybe Diana Krall’s Spanish language treatment on her 2001 album, The Look of Love, or…it’s been covered a lot. Here, though, the 1940 vintage tune gets a new coat of paint as a purebred torch song. Ms. Cuesta sings in a sultry, yearning near-whisper (the title translates to “Kiss Me a Lot” and her vocal is replete with both desire for the touch of another’s lips on hers and wariness over the ensuing parting the lyrics describe) and the heat emanating from her presence is countered by a deliberate, searching arrangement, spare and haunting, a scintillating, low-flame mix of acoustic guitar (you can hear Loeb’s fingers squeaking on the fretboard, a natural effect adding immeasurably to the track’s intimacy), ruminative piano and understated percussion (the rattlesnake shaker really gets under the skin). Apart from this, the CD offers no translations; you can, of course, Google a translation, and the temptation is great to do so, but first, says your faithful friend and narrator, simply listen to the songs and take in the what they have to offer even if you don’t know what they’re saying. Chances are you’ll get the drift, because the singer and her musicians (and maybe here’s the place also to give a tip of the hat to co-producer Paco Ortega, who earns a special plaudit from Ms. Cuesta in a liner note praising “his intuition, his impeccable taste and his generosity”) are completely locked into the songs’ deeper meanings and moods. If you know “Voy a apagar la luz” translates to “I will turn off the light,” you can guess from there what’s going on from the suggestive vocal full of whispers and dreamy, extended lilts and an arrangement equally sensual in the rich, full tone of Loeb’s acoustic guitar and the probing solo he crafts over a lush backdrop of piano and percussion (the shakers make their first appearance here). On the other hand, the message of “No Te Confundas” (“Do Not Confuse Yourself”) is unambiguous, carried as it is by a bright, buoyant arrangement featuring lively piano and guitar work, energetic handclaps and an assured, assertive vocal. Similarly, the title track, “Toda Una Vida” (“An Entire Lifetime”), gets its point across in Ms. Cuesta’s tender, earnest vocal, and a satiny arrangement built on a soft wash of electric piano and Oli Rockberger’s empathetic acoustic piano, perfectly attuned to the vocal’s subtle emotional shifts, and an affecting sense of silence at key points in the narrative.

In addition to the musicians named above, the lineup, all A-team players, include Antonio Serrano (with a lovely, Toots Thielemans-like harmonica solo on “Contigo Aprendi”), José San Martin on drums and shaker, an Kike Perdomo (a low-key flute on the album’s liveliest tune, “Quizás, Quizás, Quizás,” its upbeat Sergio Mendes-like arrangement featuring Loeb’s energizing guitar solo and Brasil ’66-style background singers, who may be Ms. Cuesta multitracked). A total triumph, Toda Una Vida… is a total team effort too, with nary a misstep in realizing these songs in a fresh way. Clearly on a roll now, Ms. Cuesta ought to pass this way again some time, but recent history would indicate the next installment will be predictable only in its high standard of musicianship and the singer’s depth of immersion in her material. We’ll take it, and we’ll work for the pleasure. 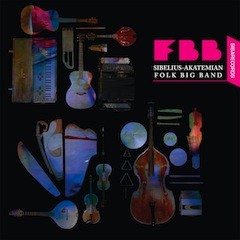