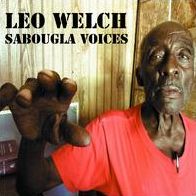 It takes no special insight to remind readers of the kinship of blues and gospel but 81-year-old Leo “Bud” Welch’s debut album, Sabougla Voices, presses that truth home with a ferocity and unwavering conviction remarkable even for these most deeply personal musical styles. Born in and remaining a lifelong resident of the Sabougla, Mississippi hill country area, Welch approached Big Legal Mess on his own last year, was signed immediately following a short audition in the label offices, and hustled into a studio to cut Sabougla Voices. Raw and immediate, Welch’s music achieves a transportive, even hypnotizing effect by dint of the artist’s belief in a message of God’s love he has experienced in his own life. In his younger days he was a straight blues artist, playing solo and with groups at whatever place would have him, be it a community dance, a juke joint, a local radio station, a little café in town or simply for family and friends around the old home place, and whenever he could spare time from his full-time job with a logging company.

Even when blues was his meat and potatoes as a performing artist, Welch was absorbing all the gospel music around him, on the radio (where he found the Fairfield Four, still one of his major touchstones) and in his local churches. When he became a dedicated gospel artist in 1975, he found no shortage of churches in the Magnolia State where he could deliver his testimony. But the blues of his youth was never very far away: as he says in the liner booklet here, “I believe in the Lord, but the blues speaks to life, too. Blues has a feeling just like gospel; they just don’t have a book (a Bible).”

The instrumental attack on Sabougla Voices will be familiar to fans of the North Mississippi All Stars, Moreland & Arbuckle, Junior Kimbrough, et al. As it is with these masters, the loose, shambling quality here is deceptive: Welch’s bandmates are tight and on the money; regardless of whether they share Leo’s faith, they sure do play like they’re possessed by the spirit. Drummer Andrew Bryant lays down a solid bottom that serves the songs just right and forms a formidable rhythm section with bassists Bronson Tew and Matt Patton. Bryant also doubles on organ, but Eric Carlton handles most of the keyboard duties with the same bristling, uncorked energy Robert Randolph brings to sacred steel, both men’s colloquies revealing them to be fully invested in the Word. Patton also handles the spiky guitar work but Jimbo Mathus is in the mix too, which is another way of pointing out how penetrating the six-string contributions are to creating the aforementioned transportive effect, whether that comes in the form of the moody, bluesy dialogue shadowing Welch’s haunted vocal on his deathbed confessional “A Long Journey” or fashioning some trebly, serpentine, early Muddy Waters-like lines bobbing and weaving throughout the album opening celebration “Praise His Name.”

“A Long Journey” is one of the album’s few morose moments; Sabougla Voices is more about praising the Lord’s wisdom and compassion while asserting His promise of eternal salvation for whosever believeth in Him. Interpolating a smidgen of Sly Stone verve and verse in the romping ‘His Holy Name,” Welch shouts, “Oh, lift Him up! A little bit higher! I want to go higher! Keep on liftin’ His Holy name…” That’s what Welch does all through the album on songs such as the stomping “Praying Time,” even as he petitions the Lord for divine guidance in his weak moments on “Take Care of Me Lord” or goes solo acoustic on the stark, moving album closing meditation, “The Lord Will Make a Way,” in which Welch assures the listener the Lord “has a plan, he will go with you to the end.” Never once does Welch veer from accepted Christian theology concerning God’s goodness and mercy. Not for him the question of why bad things happen to good people or laments over prayers unanswered. He takes care of those matters in the driving, hand clapping blues of “You Can’t Hurry God” when he points out, “He’ll be there/you don’t have to worry/He may not come when you want him/but Oh Lord, He’s right on time…” (a spirited and spiritual message given added heft by Eric Carlton’s rambunctious piano support with its occasional Jerry Lee Lewis flurry). “He’s an on-time God,” Welch assures us, and there’s no less reason to believe in the truth of what he claims than there is to doubt the sincerity of every word Welch sings. Sabougla Voices is too raw and unpolished to fit the definition of modern Praise & Worship music, but praise and worship is what Deacon Welch does here (I don’t know if he’s really a Deacon, but he should be), and those who enter are in for a soul cleansing. Leo “Bud” Welch is unquestionably an on-time messenger for the good Lord. May he have many more fruitful years in the pulpit. 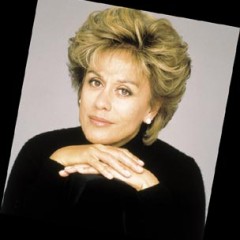