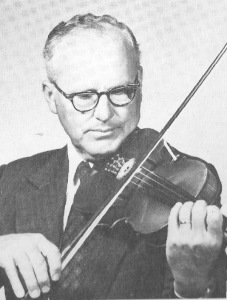 One of my big mentors of fiddle music died yesterday (January 20), just a few years shy of living a full century–Herman Johnson, the legendary contest fiddler from Oklahoma.

I met him when I was 11, and began competing in contests with him just a few years later, losing a squeaker to him at the National Old-Time Fiddler’s Contest when I was 16. Herman was the undefeated champion.

One of my tactics in contests with him around the country was to play his own “Herman’s Rag” in the final rounds and really jazz it up–just to see if I could win some favor from the judges, maybe some points for having so much nerve! Because when it came to smooth, clean fiddle playing with flawless technique, perfect intonation and rhythmic feel and, most importantly, some gorgeous renditions he composed of traditional breakdowns, waltzes and rags, there was no one better than Herman Johnson in a fiddle contest. Herman was an improviser, always playing swing music back home and playing for dances regularly too. He wrote variations of the old tunes just like my teacher Benny Thomasson and all of the other major fiddlers from that period.

Herman was one of the greatest contest fiddlers of all time. Even though I played against him often, Herman, being many decades older than me, taught me whenever I could come and stay with him. He wanted to pass on his vast knowledge of fiddling to the young players around him and it included me, even while I was trying to figure out how to get him in the fiddle contests. It was an amazing time in fiddle contest history during the 1970s, when the icons like Herman were at the top of their form and contributing to the creativity of American fiddling.

Herman, you inspired me at that first contest I was at in Weiser in 1973. I tried to emulate you that year, and tried to adopt that seamless bowing of yours, the in-the-string, pulling sensation you had with the crispness of each of your phrases. A heightened focus for each note, it seemed, where each phrase you played, and each note of that phrase, not only really mattered, but it could be etched in stone–and it will be. It inspired me and I worked on all that. Trying to play like you, the way you did without so much as a scratch or a break in concentration and intensity, and not a note out of tune. I knew that if I could just play with that kind of ability I would get the big championships one day like you did. I loved you and how you were to me. You treated my parents great and they loved you too–you outlived them both and they were both younger. You taught me a lot of stuff back then, including teaching me your “Herman’s Rag” that I turned around and played in contests against you! You were that good…you were great.

May you rest in peace, Herman Johnson.

‘Four strings, and you get so much out of them’

Born into a fiddling family in Sparks, OK, in 1920, and inspired by Bob Wills, Herman Johnson started playing professionally with his brothers in the Johnson Boys, and in the ‘40s with a number of western swing bands, including Herman and the Melodiers, The Oklahoma Ragtimers and The Harmony Boys. At one time he even led his own 12-piece ensemble. After serving in the Army during the latter years of WWII, Johnson set aside his aspirations as a professional musician and concentrated on supporting his family. He never stopped playing, but confined it mostly to sessions with friends, local jam sessions and—his favorite place—his house. In fact, he dubbed his kitchen “Studio K” because it had the best acoustics in the house. In public he could be found competing in fiddle contests, where he proved a formidable contestant. 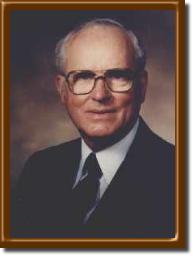 Herman became attracted to fiddle contests while still quite young, participating in his first one at the age of twelve. Fiddle contests in the United States date back to 1736. It is not uncommon to find over 300 fiddlers at one competition and the contests often attract ten thousand or more spectators. Every age, the undiscovered and the well known all show up to play and compete. And Herman Johnson is definitely one of the greatest of all time. To quote another legendary competitor, “when Herman showed up you knew you were playing for second place.” Some of Herman’s compositions, including the popular “Herman’s Rag,” are commonly used in contests across the country as a measure to see who can play the best.

Herman continued to compete in fiddle contests from time to time and around 1960 started traveling often to contests in Oklahoma and Texas with guitarist and dear friend Ralph McGraw. In 1968, Herman and Ralph took their first trip to Weiser, Idaho to compete in the National Championship there. There were over 300 other fiddle players. Herman won the championship that year for the first time at the age of 48. He went on to win the championship another four times and today still holds the record as the only person to be undefeated in the event.

Herman Johnson has also won the Oklahoma State Championship five times, the Grand Master Fiddler Championship in Nashville, Tennessee and the World Championship in Crocket, Texas. Herman played just about every contest in Texas at one time or another. Herman’s success in Texas started out slowly. Then one day Sleepy Johnson told Herman “we don’t consider you an outsider, we think you are one of us.” After that, Herman’s fortune in Texas improved and he began winning frequently in the Texas competitions too. Some of the fiddlers Herman competed against in Texas included Benny Thomasson, Shorty Chancellor, Louis Franklin, Sleepy Johnson, and Major Franklin. 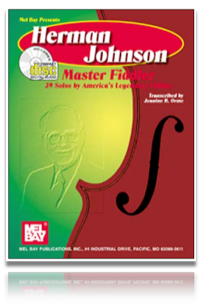 But Herman Johnson is known by his fellow fiddle championship contestants as more than just a great fiddle player, he is also known for being a gracious competitor, a sharp dresser, a generous mentor, and always willing to stop and help a young aspiring fiddle player learn a new lick or two.

Many great fiddle players today will tell you that Herman was one of the strongest influences in their playing and many even learned to play or fine tuned their fiddle playing skills by listening to Herman’s albums. Some aspiring fiddle players have even traveled over a thousand miles to learn directly from Herman himself. It is said that all of Herman’s students have gone on to play professionally.

In a recent interview, when asked what he loved most about the fiddle, Herman replied, “I think a fiddle or a violin is the greatest instrument in the world, it can be used so many ways, you can use this with about any kind of music … four strings, and you get so much out of them.” 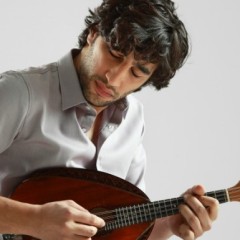