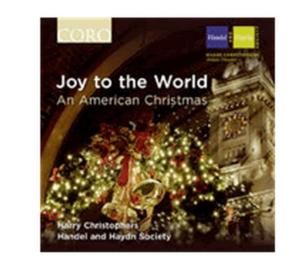 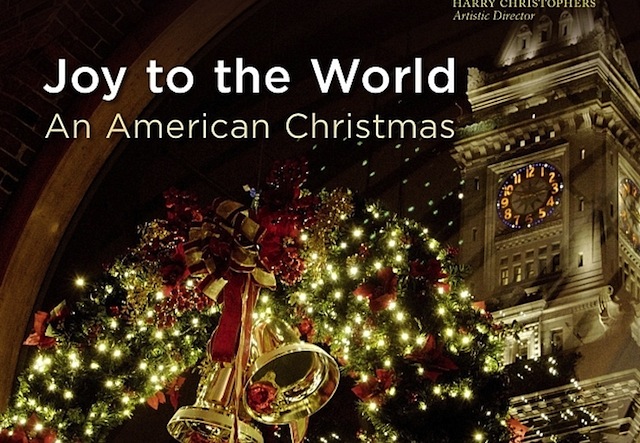 JOY TO THE WORLD: AN AMERICAN CHRISTMAS

The Handel and Haydn Society is America’s oldest arts organization. It gave its first performance on Christmas Day in 1815, 55 years before Congress would declare Christmas a federal holiday.

On the new recording, Joy to the World: An American Christmas, conductor Harry Christophers and the Handel and Haydn Society embark on journey through traditional carols using American tunes, Christmas motets, American choral music and music from other composers synonymous with America’s most popular holiday.

Believe it or not, in Colonial America, Christmas was outlawed. Early Americans had to fight for their right to celebrate Christmas. Christophers is quick to point out that the early songs of Boston composer William Billings capture that challenging time: “We included two Billings carols on this collection just to show what early Americans had to cope with or indeed had to put up with. And funnily enough, it was one of the reasons why the Handel and Haydn Society began. It was a reaction to that kind of bottom-slapping music which was rather rustic to say the least and to bring back some finesse into music.”

AUDIO CLIP: ‘Shepherds Rejoice,’ by William Billings, as performed by the Handel and Haydn Society with conductor/artistic director Harry Christophers on Joy to the World: An American Christmas

An American Christmas includes numerous, less-familiar Christmas pieces, some of which were new discoveries for Harry Christophers, including “A Christmas Carol” by Charles Ives. “I wouldn’t say it’s traditional Ives at all,” Christophers says. “He reminds me in this carol a little bit of Benjamin Britten. He allows the tune to have its say and he doesn’t really destroy it by over-scoring. And that, for me, is its real beauty. It’s simple, it’s a lovely lullaby effect. And he doesn’t indulge in putting any sort of extra baggage on top of the piece to make it sound self-indulgent.”

It might seem over-indulgent for Christophers to include two versions of the familiar carol, “O Little Town of Bethlehem,” on this recording. However he says it was somewhat serendipitous. “Yeah, this is hilarious. Because I’d asked various people here in Boston, what are the traditional carols, you know, ‘Give me your top three or four.’ And ‘Little Town of Bethlehem’ came out with them, so I thought, right, we’ll put it down. So I came over to rehearse and then the guys in the chorus said, ‘Actually, Harry, that’s not the tune we know.’ And I said, ‘What?!?’ It’s quite a schmaltzy harmonization but great fun. Totally and utterly different from the one I knew. So I thought this is a great opportunity to put both in there, particularly since the words — and this I didn’t know till I started researching the disc — were by Philips Brooks, who was bishop of Massachusetts. There I thought, well, this is a great thing where the words cross the pond but two different tunes exist.”

AUDIO CLIP: Charles Ives’s ‘A Christmas Carol,’ as performed by the Handel and Haydn Society with conductor/artistic director Harry Christophers on Joy to the World: An American Christmas

Across the pond is another composer who’s built quite a reputation as a carol composer — John Rutter. Soprano Sonja DuToit Tengblad is the featured soloist on Rutter’s original carol, “There is a Flower.” “His artistry is so good. He knows exactly how to write for voices, exactly what effects work well,” Christophers explains. “He is absolute genius. And he is so popular. And this particular piece I think is really glorious. The way he builds up from the solo soprano to almost a double-choir texture later on is really lovely.”

AUDIO CLIP: ‘A Spotless Rose’ by Herbert Howells (1892-1983), arrangement set to 14th Century verse. As performed by the Handel and Haydn Society with conductor/artistic director Harry Christophers on Joy to the World: An American Christmas

The secret, Christophers says, to making these familiar carols sound unique and new is in the beautiful text. “Well, I think first and foremost, it’s all about the words and that’s part and parcel of the music. And I think a lot of choirs across the world forget about that — they’re very intent on making a beautiful sound with the chords all together, et cetera. But they forget that actually what they’re singing about is lovely poetry and good words. That’s always been my first approach to anything I do. And I constantly say to singers, ‘Just go back to Monteverdi’s time. He said, “Sing as you speak.’ And let’s do that, let’s not be artificial’.”

The Handel and Haydn Society is the oldest arts organization in this country, yet its approach to the season it celebrated at its first concert, nearly 200 years ago, is fresh, and delightful. 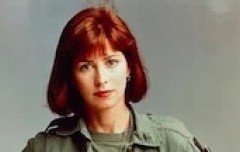 Of the Video Event of the Year 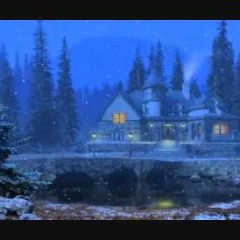