Engineers George Melton (former silent film superstar Harry Carey) and Allan Chadwick (C. Aubrey Smith, aka Sir Charles Aubrey Smith CBE) work furiously to complete a design on time, even though it is Christmas Eve. Michael O’Brien (Charles Winninger), the third partner in the firm, arrives with presents for all and kindly lets their employees leave. The three old men then go home to the mansion they share with Madame Tanya (Maria Ouspenskaya), an elderly countess dispossessed by the Russian Revolution, for a dinner with prestigious guests.

When the guests cancel at the last minute, George is convinced it is because of his dark past. To relieve George’s black mood, Michael comes up with an idea to obtain new guests for dinner. Each man throws out a wallet containing $10 and his business card into the street. George’s is found by Arlene Terry (Helen Vinson), who merely gives the money to her driver and discards the wallet. However, the other two are returned by more considerate people: Texas cowboy James Houston (Richard Carlson, well ahead of his rise to fame in the ‘50s starring in classic sci-fi films such as It Came From Outer Space and Creature from the Black Lagoon, and in the Cold War TV drama I Led Three Lives) and teacher Jean Lawrence (Jean Parker). They stay for dinner and soon become good friends with the three men and Madame Tanya. James and Jean also fall in love with each other, delighting the three men.

When the engineers have to travel to another city on business, Madame Tanya begs Michael to take the train rather than an airplane. He assures her it is perfectly safe, but Madame Tanya’s premonition proves tragically correct. The plane crashes in a storm, killing all three. When James and Jean come to announce that they are engaged, they receive the bad news. The ghosts of the three men return home, where they are dimly sensed by Madame Tanya.

It turns out that Michael had bequeathed some bonds to the young couple so they could afford to marry. The story is picked up by the press, and as a result, James is invited to be a guest on a radio show. This is the opportunity he has been waiting for to showcase his wonderful singing voice.

At the studio, he bumps into Arlene Terry, an established singing star. She wishes him well and is impressed by his performance. She had been wanting to replace her aging partner; she and her manager, Phil Hubert (Rod La Rocque), offer James a starring role in her new show. He accepts.

As he spends time with Arlene rehearsing, he becomes infatuated with her and neglects Jean, much to the distress of the ghosts, who are powerless to do anything. When Arlene’s ex-husband bangs on her door, she has James leave by the back door, but not before persuading him to take a three day break from work with her in the country.

George is summoned to leave the world. Michael begs him to repent before it is too late, but George refuses to be a hypocrite and walks away amid thunder and lightning into the darkness. Soon it is Allan’s turn. His son David (William Bakewell) comes to take him to Heaven to be reunited with his wife. When Michael is called, he refuses to leave James, though a voice tells him each person is summoned only once and that he will be doomed to roam the Earth forever if he turns it down.

When Arlene leaves her apartment to meet James, her ex-husband is waiting. He needs her help to get back on his feet. However, she coldly brushes him off. When Arlene and James drive away, he follows and shoots them when they stop for dinner. James dies on the operating table, and his ghost is greeted by Michael. Then Michael is summoned again (the voice explains that Michael’s mother gave them no rest). Before he leaves, he pleads for a second chance for the young man. His wish is granted and James returns to life. Michael is reunited with a now-repentant George, and both are admitted into Heaven.

On his website William J. Felchner has posted twenty-one “super movie trivia items and interesting facts” about Beyond Tomorrow. Among the most notable:

*Beyond Tomorrow was written for the screen by Adele Comandini and Mildred Cram, with Comandini also serving as associate producer. Comandini had also co-authored (with Lionel Hauser) another holiday film classic, Christmas in Connecticut (1945).

*A. Edward Sutherland (1895-1973) directed Beyond Tomorrow. Sutherland was a former actor, married five times, the nephew of actor Thomas Meighan, a lifelong friend of Hollywood legend W.C. Fields and a member of the original Keystone Kops.

*Maria Ouspenskaya plays Madame Tanya. She is best known for her role as the old Gypsy woman Maleva in The Wolf Man (1941) and Frankenstein Meets the Wolf Man (1943).

*A Benjamin Franklin quote is given prominence at the beginning of the film: “I believe…that the soul of man is immortal and will be treated in another life, respecting its conduct in this.”

*Beyond Tomorrow debuted on May 10, 1940, but the movie didn’t make it to New York City until its opening at the Palace Theater on September 26, 1940. Reported Bosley Crowther of The New York Times (9/27/40): “We’ve never had any particular grudge against ghosts, but we’re rapidly developing one…Take Beyond Tomorrow…For its first half it is a latter-day Christmas carol, told with a gamin tenderness and warming as a hot toddy. But when its three elderly good Samaritans return from a plane crash as celluloid chimeras, its mystical peregrinations are more preposterous than moving.”

And a Deep Roots fun fact to add to the list:

*Rod La Roque, who plays Arlene Terry’s manager Phil Hubert in Beyond Tomorrow, was a silent film mainstay who made a successful transition to talkies. Among his credits is the role of Dan McTavish in Cecil B. DeMille’s 1928 epic silent version of The Ten Commandments; the part of Phillipe in the 1939 remake of The Phantom of the Opera, starring Charles Laughton and Maureen O’Hara; the role of Ted Sheldon in Frank Capra’s 1941socially conscious comedy Meet John Doe, starring Gary Cooper and Barbara Stanwyck. Meet John Doe was LaRoque’s last screen appearance. After retiring from acting he became a real estate broker. His film career has been recognized with a star on the Hollywood Walk of Fame.

Popeye shows up to take Olive Oyl on a skating date, and Bluto intrudes on the proceedings. Released on November 17 in time for the holiday season, “Seasin’s Greetinks” was the fourth Popeye cartoon. The spinach-eating sailor made his screen debut (as did Olive Oyl and Bluto) on July 14, 1933, in the Betty Boop cartoon “Popeye the Sailor.” A month later, August 14, the first full Popeye cartoon premiered, “I Yam What I Yam,” which also introduced the hamburger loving J. Wellington Wimpy. In the third Popeye cartoon, “I Eats My Spinach,” Mae Questel, the voice of Betty Boop, made her debut as the voice of Olive Oyl. The legendary Fleischer Studios at 1600 Broadway in New York City brought Popeye cartoons to the screen, along with those starring Superman, Betty Boop, Bimbo and Koko the Clown. Max Fleischer produced “Seasin’s Greetinks,” and his brother Dave Fleischer directed. 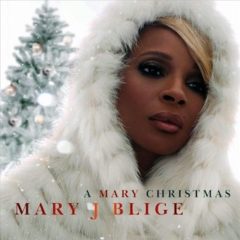