It’s November, a time of year that many parents, teachers, and librarians look forward to giving children books about what is commonly—and erroneously—called “The First Thanksgiving.” Others seek books that counter the narrative of Pilgrims and Indians warmly sharing a meal together, and still others want to avoid that disingenuous feel-good story altogether and provide children with books that are about indigenous people, books that provide insights and knowledge that are missing from all too many accounts.

Your local bookstore probably has a special shelf this month filled with books about “The First Thanksgiving.” In most of them, Native peoples are stereotyped, and “Indian” instead of “Wampanoag” is used to identify the indigenous people. When the man known as Squanto is part of the stories, his value to the Pilgrims is that he can speak English, and he teaches them how to plant and hunt. The fact that he was kidnapped and sold into slavery in Spain—if mentioned at all—is not addressed in the story because elaborating on it would upend the feel-good story.

But there is an antidote to these books, and it goes beyond volumes that merely counter the feel-good tale. There are a multitude of works by Native writers who tell stories from their experience and history. While Thanksgiving is a good time to grab people’s attention about Wampanoag-European interactions, it does not need to frame the story. These books give a far more nuanced, and accurate, account of Indigenous Peoples. They will set children and adults alike straight on what really happened around the time of the so-called First Thanksgiving, and what Native life is like today.

1. The People Shall Continue, by Simon Ortiz (Children’s Book Press, 1977)

The starting point for this picture-book poem, illustrated by Sharol Graves, is not 1492, nor is it 1621. The story begins the moment that “all things came to be,” when “the People were born.” This provides an immediate departure from the typical re-telling of creation stories by non-Native writers, who tend to cast our stories in a romantic and mystical realm.

Right off the bat, Ortiz tells us that the People differ in how they came to be.

Some say, “From the ocean.”

Some say, “From an opening in the ground.”

Some say, “From the mountains.”

As the poem progresses, the People start talking about strangers who seek treasure, slaves and land. Across the continent, the People fight to protect themselves.

In the West, Pope called warriors from the Pueblo and Apache Nations. In the East, Tecumseh gathered the Shawnee and the Nations of the Great Lakes, the Appalachians, and the Ohio Valley to fight for their people. In the Midwest, Black Hawk fought to save the Sauk and Fox Nation. In the Great Plains, Crazy Horse led the Sioux in the struggle to keep their land.

Osceola in the Southeast, Geronimo in the Southwest, Chief Joseph in the Northwest, Sitting Bull, Captain Jack, all were warriors.

The People signed treaties, and many were moved. Their children were taken to boarding schools.  Throughout, parents told their children:

“You are Shawnee. You are Lakota.

You are Pima. You are Acoma.

You are Tlingit. You are Mohawk.”

Through the years, the People kept their stories alive. Then, they realized, it was the powerful forces of the rich and of the government that made not only them but also others suffer: Black People, Chicano People, Asian People, and poor White people. Ortiz ends with a call to all Peoples to ally against forces that seek to destroy the humanity within each of us.

We must ensure that life continues.

We must be responsible to that life.

With that humanity and the strength

Which comes from our shared responsibility

For this life, the People shall continue. 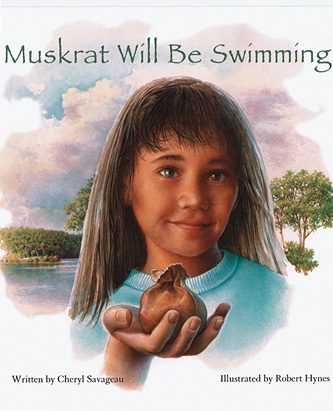 2. Muskrat Will Be Swimming, by Cheryl Savageau (Tilbury House Publishers, 1996)

Set in the present day, this book is about a young girl being taunted by schoolmates. Her grandfather helps her cope with bullying by telling her their Skywoman story, which is part of the creation story of the Haudenonsaunee.

This picture-book nonfiction series, similar in scope to Ortiz’s The People Shall Continue, consists of eight books profiling the Apache, Cherokee, Cheyenne, Hopi, Iroquois, Seminole and Sioux. Each one begins with a creation story and concludes with present-day information about each tribe and its people. In each, Sneve provides information about leaders, past and present.

This easy-reader chapter book is about Ray Halfmoon, a Seminole-Cherokee boy, and his grandfather, who live in present-day Chicago. Indian Shoes is one of six stories in the book. Sprinkled with humor and warmth, each story is rich with details about Native life. Being set in Chicago, it makes clear that Native people are part of today’s America, and that some of us—be it by choice or other circumstances—live away from our homelands.

5. The Birchbark House, by Louise Erdrich (HyperionBooks for Children, 1999)

Another chapter book, this one about the Ojibwe people and their early encounters with whites who were moving into their homelands. An award-winning book, it launched a series that now has four books in it: Game of Silence (2005), Porcupine Year (2008), and Chickadee (2013). The fifth book, not yet published, is titled Makoons.

An Impromptu Requiem for a Slain President 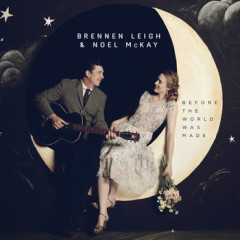 For Passover 2019: A Reflection on Memory, Metaphor and Meaning