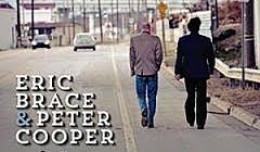 Deep Roots readers may recall one of our recent Album of the Week honorees being The Comeback Album, the wonderful new long player from Eric Brace and Peter Cooper. Never ones to rest on their laurels, and being hardy souls, Brace and Cooper are doubling down on the global acclaim greeting their new music by releasing what they are modestly proclaiming to be “The Greatest Music Video in History” (as it said in the subject line of their email; the accompanying press release bore the more temperate headline of “FINEST MUSIC VIDEO Ever Made”). It went up on YouTube today, October 2, coincident with a statement from their label, Red Beet Records, explaining the story behind the video, which also features some guests we’re proud to see on the screen.

Conceding Deep Roots’s inability to  improve on Red Beet’s release, we’ll reprint it below, verbatim, and thank the guilty parties for remembering to put us on their list.

Eric Brace and Peter Cooper, ‘Mad,’ from The Comeback Album

Brace & Cooper Give a Leg Up to Some Upstarts, Release FINEST MUSIC VIDEO Ever Made

Perhaps you are aware that, in addition to being really smart and very good at sports, Eric Brace & Peter Cooper are all about fulfilling dreams.

On their recent masterwork, The Comeback Album (“Better than Tuvan Throat Singing,” says the King of Tuva), Brace and Cooper allowed three excited fans to not only attend their recording session, but also to actually TAKE PART IN THE RECORDING. They did this not because of a Kickstarter pledge, but out of the goodness of their own hearts. Those three fans–Rock and Roll Hall of Famer Duane Eddy, Bluegrass Hall of Famer Mac Wiseman, and future Country Music Hall of Famer Marty Stuart–were able to cross one off the ol’ bucket list by collaborating with Brace and Cooper on the recording of Tom T. Hall’s song “Mad.

Stacie Huckeba’s cameras captured the whole thing, and October 2 marks the release of a brand new video for “Mad,” starring the affable-yet-trendy Brace and Cooper but also including Eddy, Wiseman, and Stuart, as well as dramatic performances by Phil “The Mighty King Of Love” Lee and Rebecca “I’m a delightful actress and the actual-you-can-look-it-up niece of Dolly Parton” Seaver.

To own your very own copy of this song, go to redbeetrecords.com, where–as a service to you–Red Beet marketing geniuses have made it possible for you to pay money and have Eric & Peter’s CDs mailed directly to your door.

Thank you for reading all the way to here. –Your Red Beet Marketing Geniuses 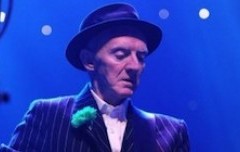